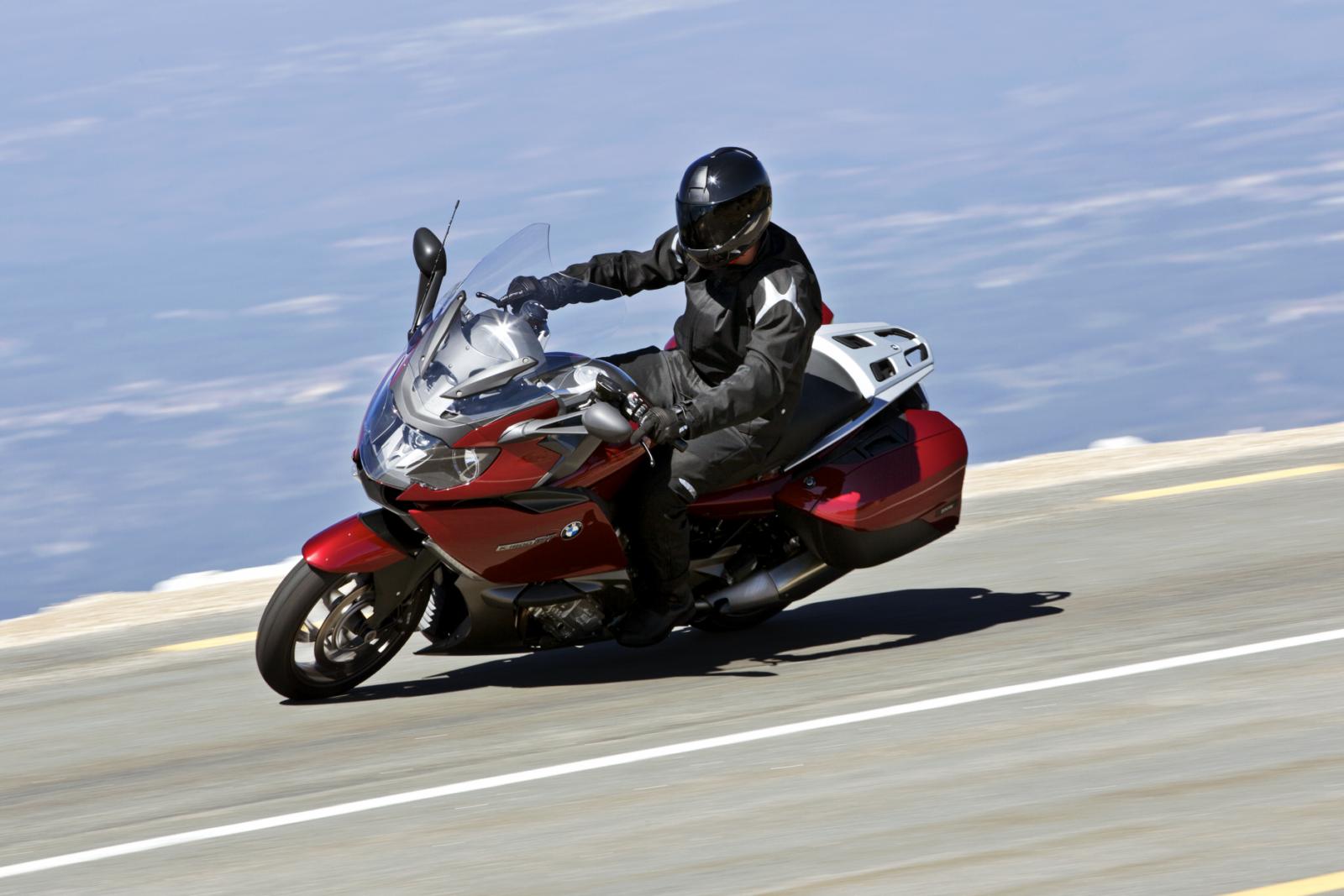 Jay Leno has an okay day job… most of us would trade our 9 – 5 for the chance to test the hottest new cars and bikes.  In this episode of Jay Leno’s Garage, Jay takes a brief look at BMW’s new K1600 GT machine.

At the time, this was the only K1600 GT on the continent – and it was raining outside – so Jay didn’t take it off the kickstand, but he does fire it up so we can hear the beautiful purr of the 1649 cc inline 6.

North American BMW Motorrad dealerships will begin taking delivery of the K1600 GT later in the Spring, so there’s a good chance you’ll see one rolling down the highway sometime this summer.  Look out for its HID Xenon headlight. 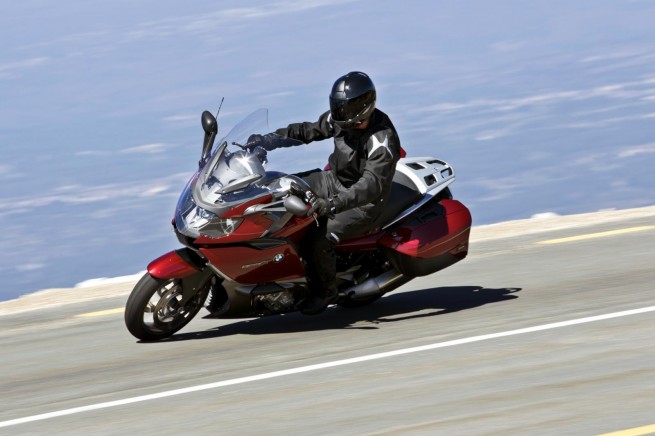