The Monster Energy X-raid Team has completed a successful two-day test session with the new Mini All4 Racing at Le Creusot in France. Driver Guerlain Chicherit and co-driver Michel Périn carried out the successful test on Monday, December 13th and Tuesday, December 14th, near Le Creusot, in the Saône-et-Loire department of the Burgundy region of France, south west of Dijon.

“After the short roll-out last Friday in Germany, I was very excited to drive the car on the test track for the first time and was really content with everything,” enthused Chicherit, who finished fifth in the Dakar with the X-raid team in 2010. 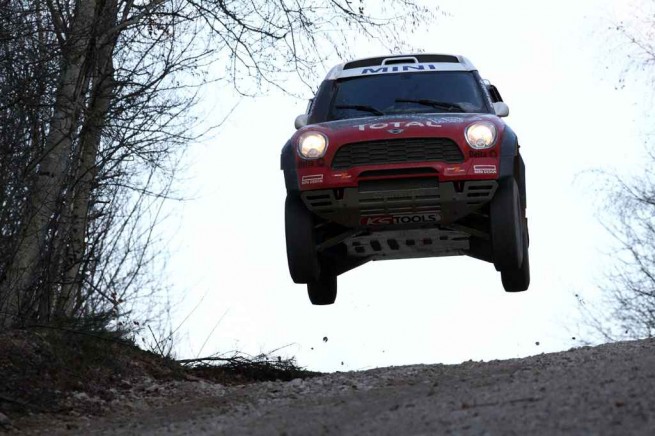 “The handling is excellent, the engine is very responsive and it is well balanced at jumps because of the improved centre of gravity. The view out of the car is much better than we were led to believe when the car was being built. Visibility is good and there is no disadvantage compared to the BMW X3CC.”

X-raid team director Sven Quandt was also pleased with the results of the first test session. “Altogether everything was optimistic and I am very happy that the car is finished and ready for the Dakar in such a short time. We carried out around 300 km on the test track. The whole team is now looking forward to the world debut of the Mini in the Dakar Rally in January.” 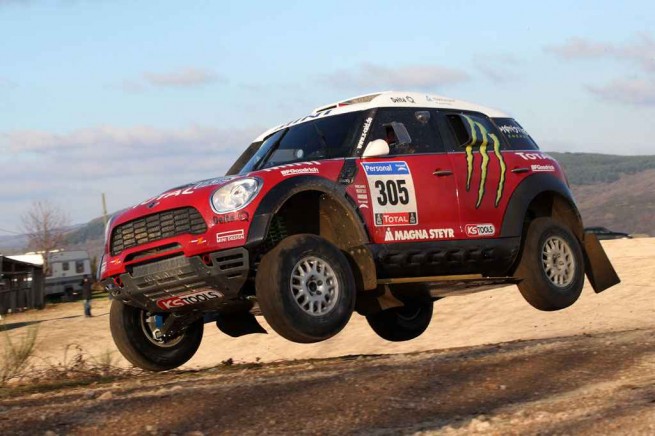 Guerlain Chicherit has been driving for the X-raid team since Dakar 2006. In 2009, the former Extreme Skiing World Champion (1999, 2002, 2006 and 2007) won the FIA Cross Country Rally World Cup for the first time and this marked the third victory of its kind for the X-raid team.

The Mini will be navigated by Michel Périn who is arguably the most experienced of all the Cross-Country co-drivers and was a three-time winner of the Dakar with Frenchman Pierre Lartigue (1994, 1995 and 1996).