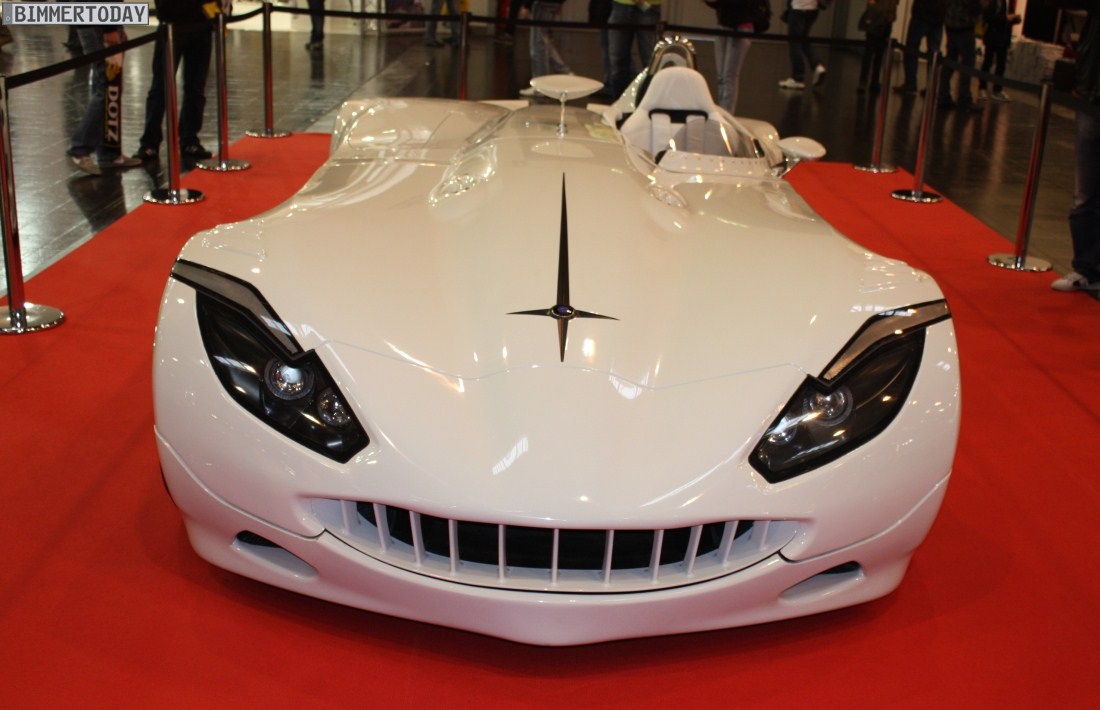 Another BMW powered vehicle showcased at the 2010 Essen Motor Show is the Veritas RS III. Resurrecting the name of Germany’s first Formula 1 team, Veritas is a small company that was created by a group of international motor racing enthusiasts and their latest project, RS III delivers their vision of a one-seater sport roadster.

Only 30 copies of the Veritas RS III have been built and the roadster is based on a monocoque frame while its body is made entirely from carbon-kevlar. Power comes from a supped up BMW M5 5.0 liter V10 engine that develops 600 horsepower.

The engine can be matted to a 7-speed SMG III gearbox or the 6-speed manual from BMW. 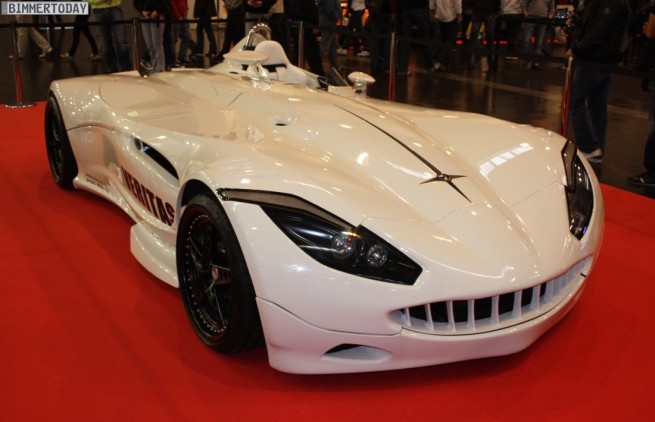 Visually, the body does not build much higher than the 22-inch wheels and so it is not surprising that the overall height is, in spite of the roll bar, not more than 97 cm. 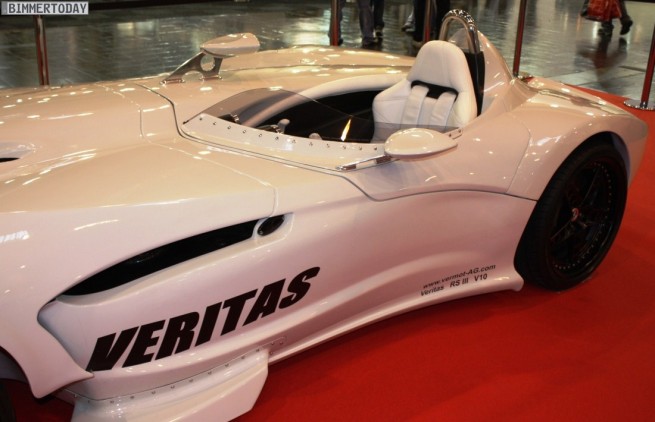 Veritas roadsters are hand-built by Vermot AG near Nurburgring and it can be delivered in just eight weeks. The small production car costs at least 410,550 EUR. A coupe version of the Veritas RS III is in the planning phase. 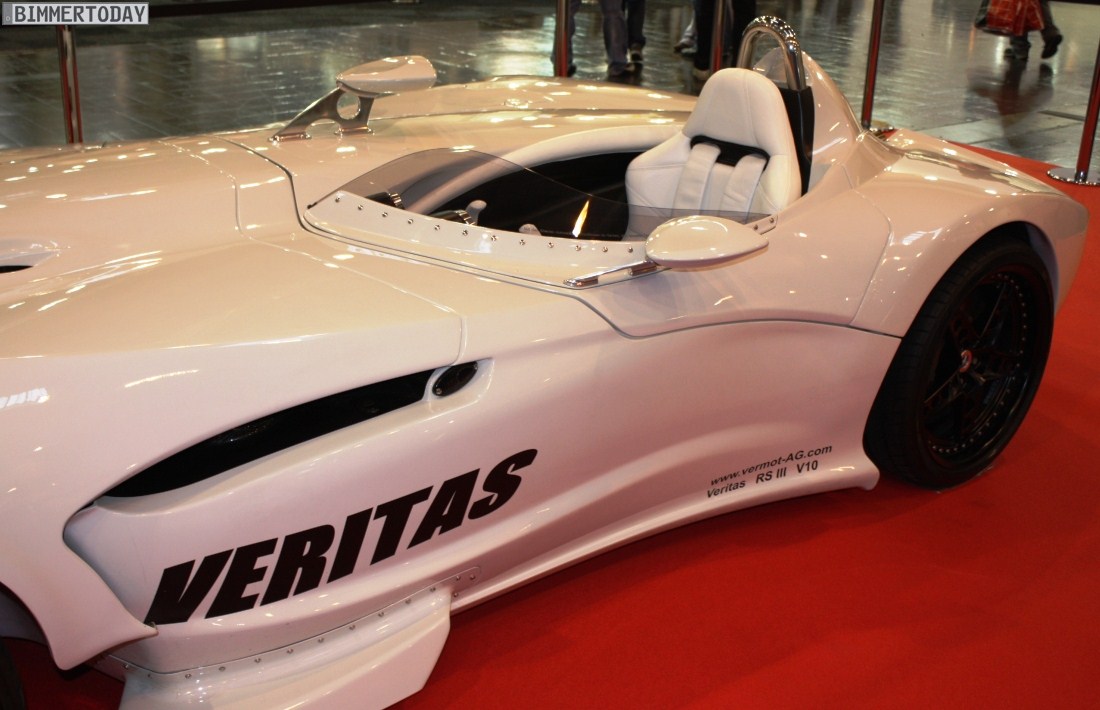 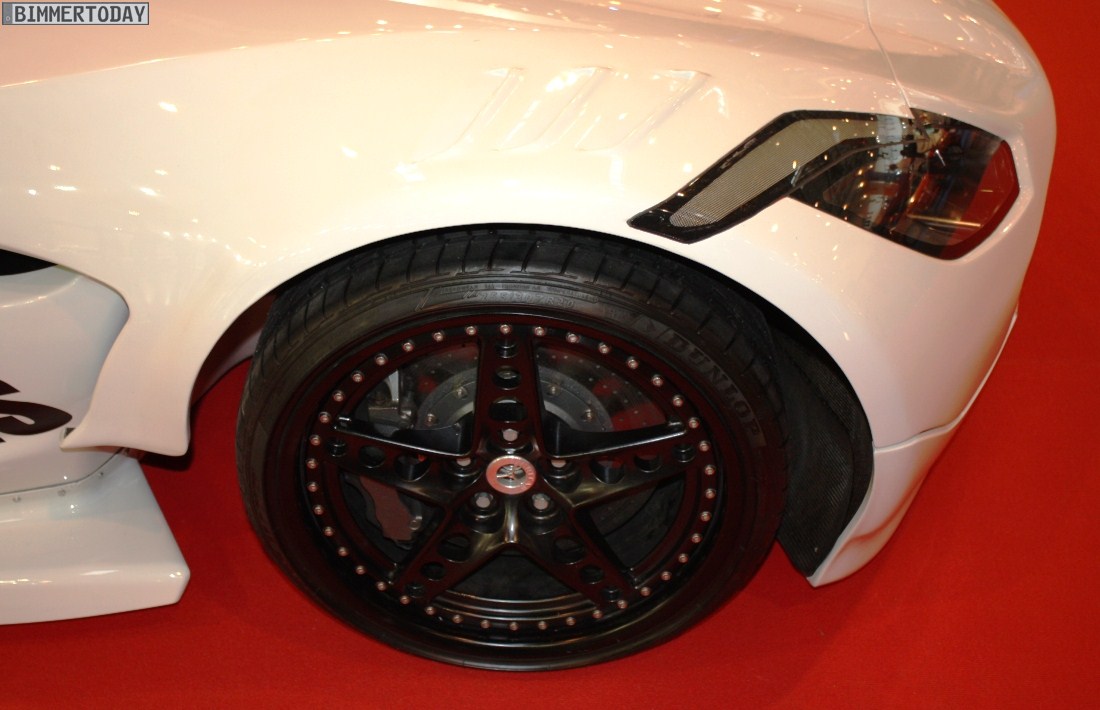 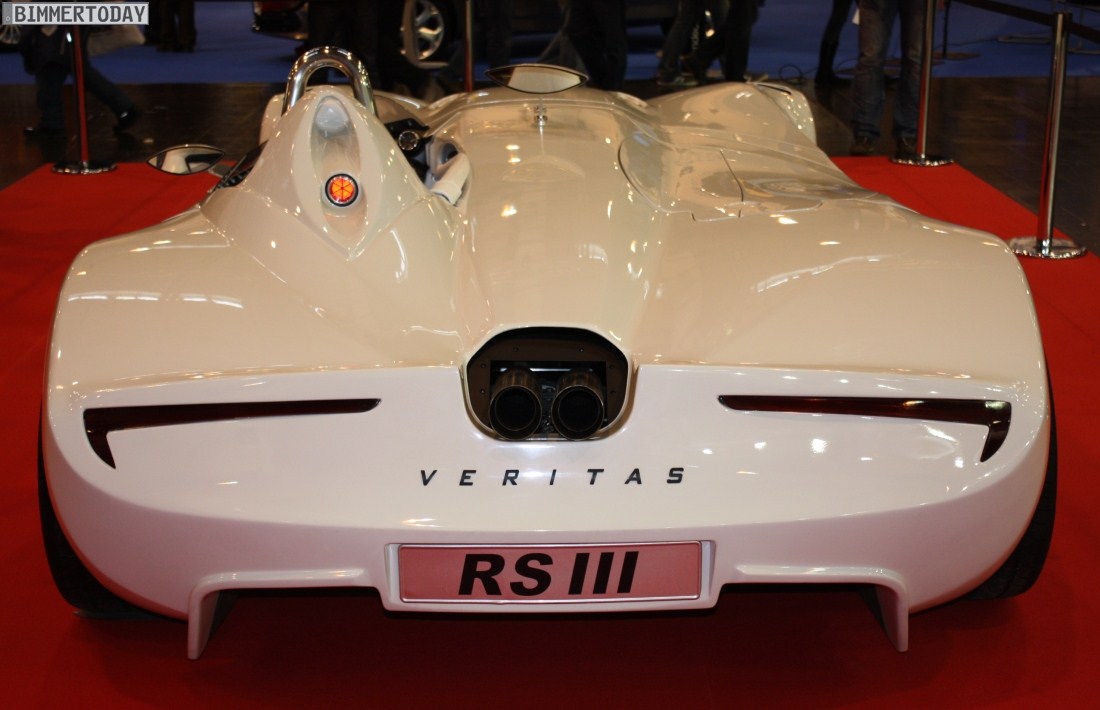