The BMW S 1000 RR blew the judges away and secured the most competitive award category of all: MCN’s ‘Machine of the Year’. The S 1000 RR was universally praised by MCN with Marc Potter, editor of MCN, commenting: The BMW was head and shoulders above the rest. We are proud that the S 1000 RR will be joining the long list of iconic winners from MCN’s 55-year history.”

BMW’s first ever supersports machine also took the ‘Sports Bike over 751cc’ award. MCN said: “The most respected, the most feared and most capable superbike ever allowed into the hands of the public. The S 1000 RR is simply staggering in every single way.”

The judges also praised the bike’s racing successes. In its first year, the S 1000 RR has taken the Mirror.co.uk BSB-EVO crown, the Metzeler National Superstock 1000 Championship and the FIM European Superstock Cup.

Marc Potter, MCN’s editor and head of the judging panel, said of the S 1000 RR: “That you can get such an incredible and race-winning package, including traction control and anti-wheelie, on a road bike defies belief. The fact that it works so well as a complete package and that BMW has literally left every other sports bike gasping at its first attempt is phenomenal.” 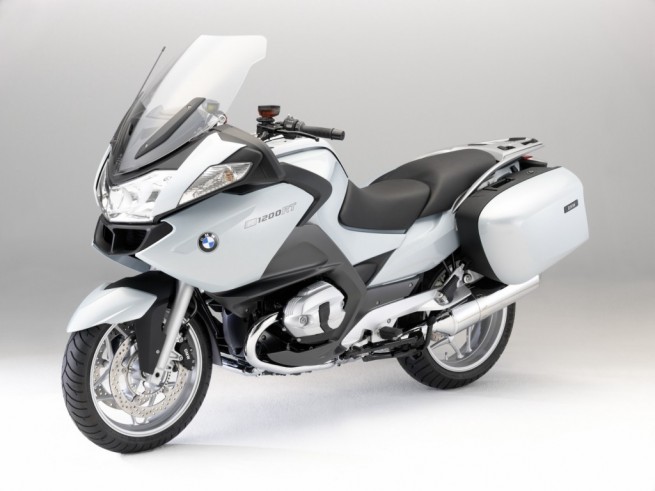 The Boxer-twin powered R 1200 RT tourer also took the awards by storm, being named MCN’s ‘Tourer of the Year’. The RT is the UK’s best-selling touring motorcycle. The judges commented : “anyone in the MCN office which bike they’d chose if sent to the south of France and it would be the big BMW each and every time. It handles so well with or without a pillion and luggage.”

Adrian Roderick, BMW Motorrad General Manager, said: “The S 1000 RR has been a phenomenal success both on the track and in the showroom. It’s been praised by media and owners alike; it’s delivered two highly-competitive British racing championships in its first year on the track and won a number of national and international awards.

“MCN’s Awards are a very welcome recognition of the direction that BMW Motorrad is moving in. Our first ever attempt at a supersports bike has been a huge success, which shows that our decision to enter into new sectors of the market was the right one. But to also win the ‘Tourer of the Year’ award reaffirms BMW’s traditional place at the head of the touring category.”