Shortly after the F10 BMW 5 Series Sedan received the highest crash testing rating from EURO NCAP, another BMW Group vehicle scores the maximum points. The newR60 MINI Countryman receives a rating of 5 stars in Euro NCAP crash test as well. The Countryman is the first modern four-door MINI and in addition to space for five passengers and dynamic driving, it also offers the best possible passenger safety.

For adult occupants, Countryman scores a value of 84 percent, the safety of children is 83 percent. The 63 percent for the pedestrian safety seems at first glance not particularly encouraging, but with today’s published list of 15 recently tested vehicles, only one vehicle reached a marginally better value, the Kia Venga.

The vehicle tested was the diesel model with right-hand drive, but the results transfer over to the regular models as well. 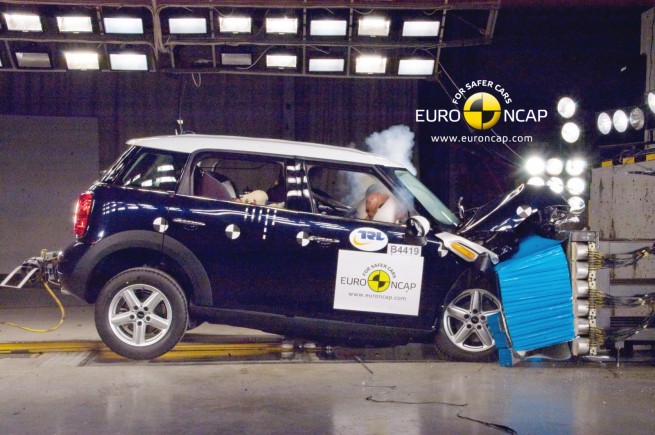 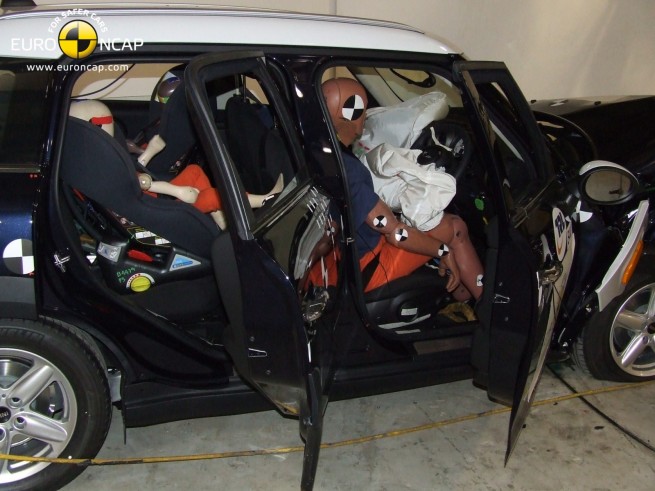