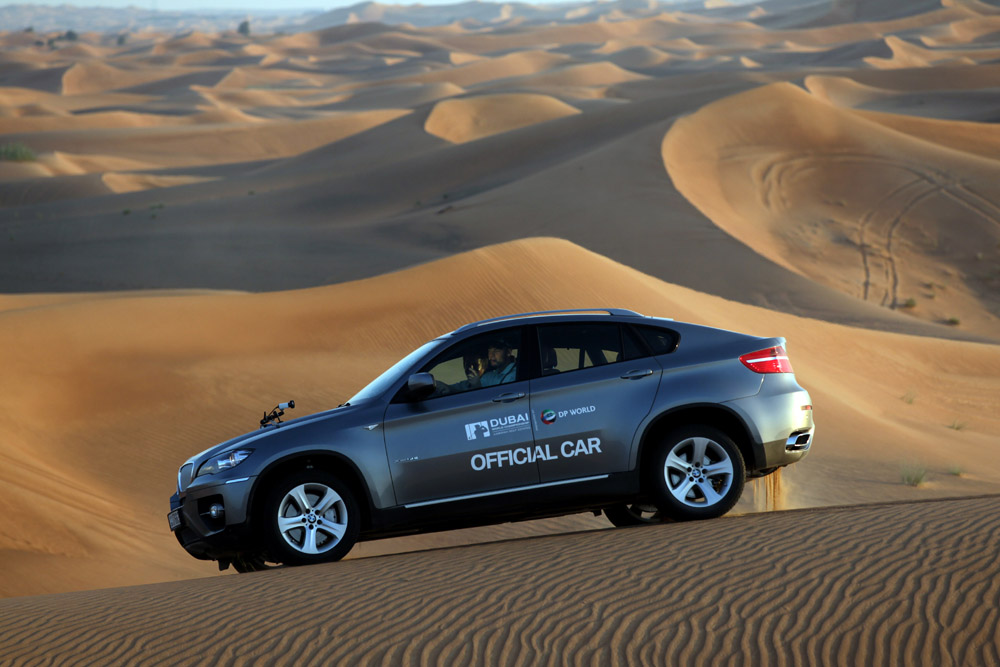 Press Release: Dubai. After 48 golf tournaments in more than 20 different countries, this Thursday marks the start of the final stage of the Race to Dubai. At the Dubai World Championship (25-28 November 2010), which rounds off The European Tour season, US PGA Champion and BMW Golfsport Ambassador Martin Kaymer will attempt to defend his lead in the annual ranking and bring the 2010 season to a glorious conclusion as Europe’s number one golfer.

On Monday Kaymer was already getting himself into gear for this upcoming challenge. During an off-road training session with BMW driver trainer Marc Nemeth, he steered the powerful BMW X6 xDrive50i across the desert sand in true style, surfing like a pro over the dunes in the 407 hp vehicle. 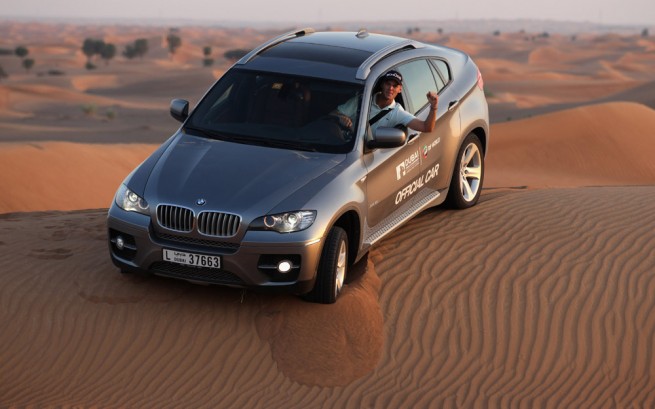 “It was a superb experience,” commented Kaymer with visible enthusiasm. “It’s amazing what the BMW X6 can do – normally you only tend to see these all-wheel-drive models in road traffic. But here, in the deep desert sand, it showed off its true qualities.” Driving instructor Nemeth was duly impressed with the performance of the world’s current no. 3 seed: “Martin has a very good feel for the car and knows exactly when to hit the gas.”

The 25-year-old from Mettmann in North Rhine-Westphalia will have to drum up this kind of talent again, along with his nerves of steel, on the course at the Jumeirah Golf Estates in order to parry the threat from Graeme McDowell, who is in peak playing form. The US Open Champion from Northern Ireland could still take a win to topple Kaymer from the lead in the Race to Dubai and be crowned Europe’s best golfer of the year, earning him prize money of 1.5 million dollars.

Against a spectacular desert backdrop, Kaymer followed up Monday’s off-road experience by practising a few careful strokes in Dubai’s biggest sand bunker. “My game feels good; I will be going into the tournament full of confidence,” he said. 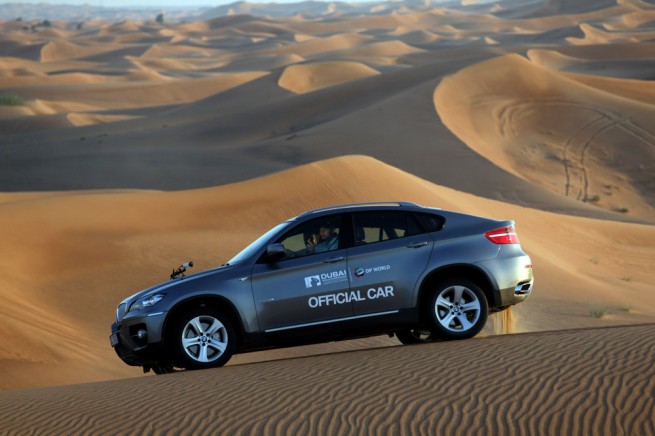 Coming top of the year’s European ranking would be the crowning glory of an outstanding season for Kaymer. As well as being the first German golfing pro since Bernhard Langer to win a major (the US PGA Championship), the world’s third-best player celebrated a further three tournament victories, winning the Abu Dhabi Championship, the KLM Open and the Dunhill Links Championship, as well as playing for the successful European Ryder Cup team.

This year BMW is represented as Official Car for the first time at the Dubai World Championship. At the Jumeirah Golf Estates, Europe’s leading 60 professionals will be playing for prize money of 7.5 million dollars plus a Bonus Pool of another 7.5 million dollars for the top 15 finishers in the final ranking of the Race to Dubai. 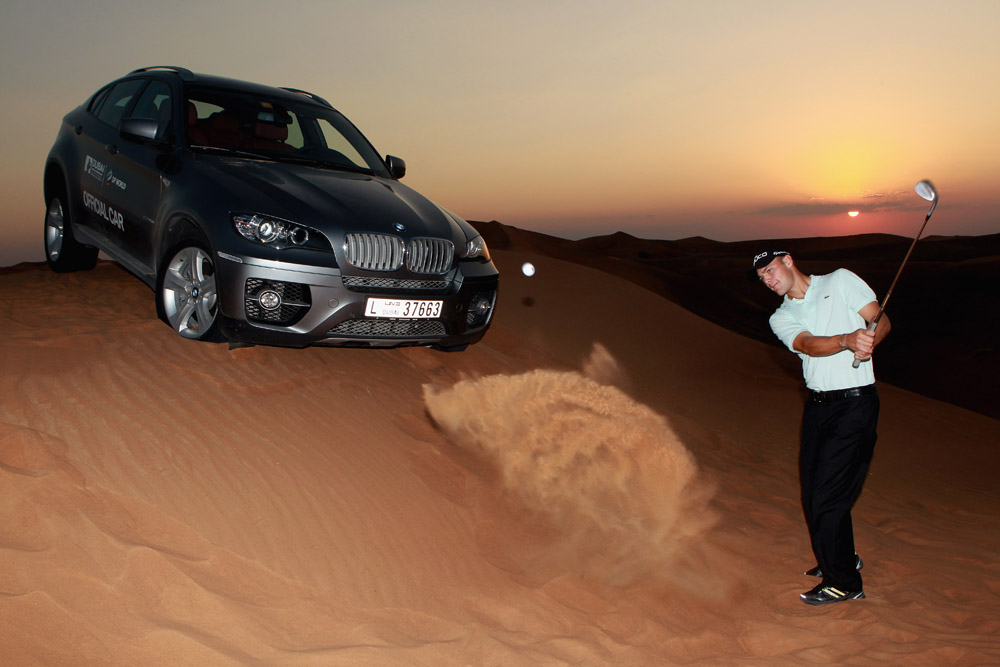 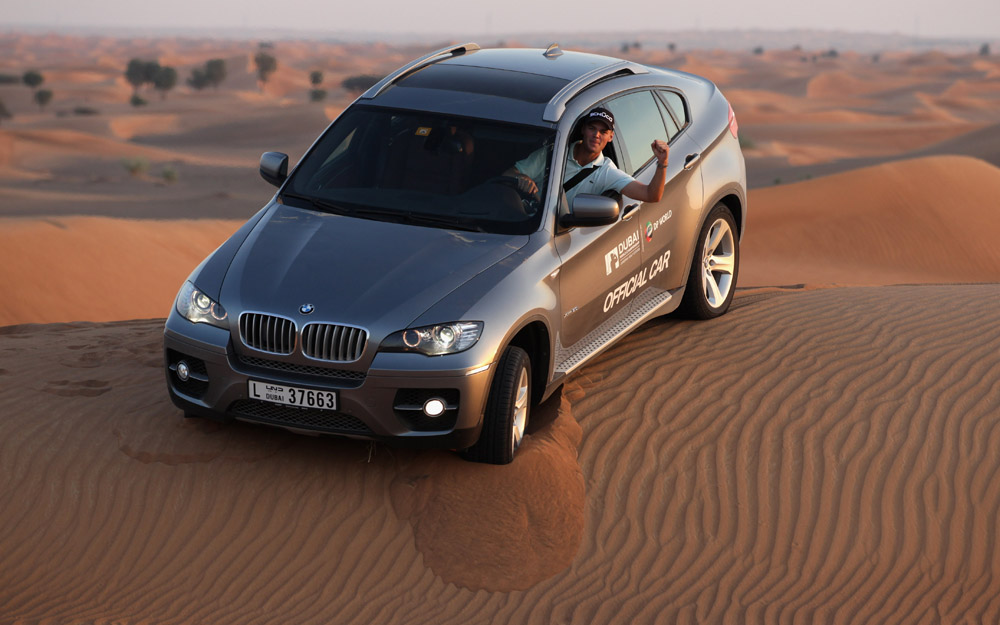 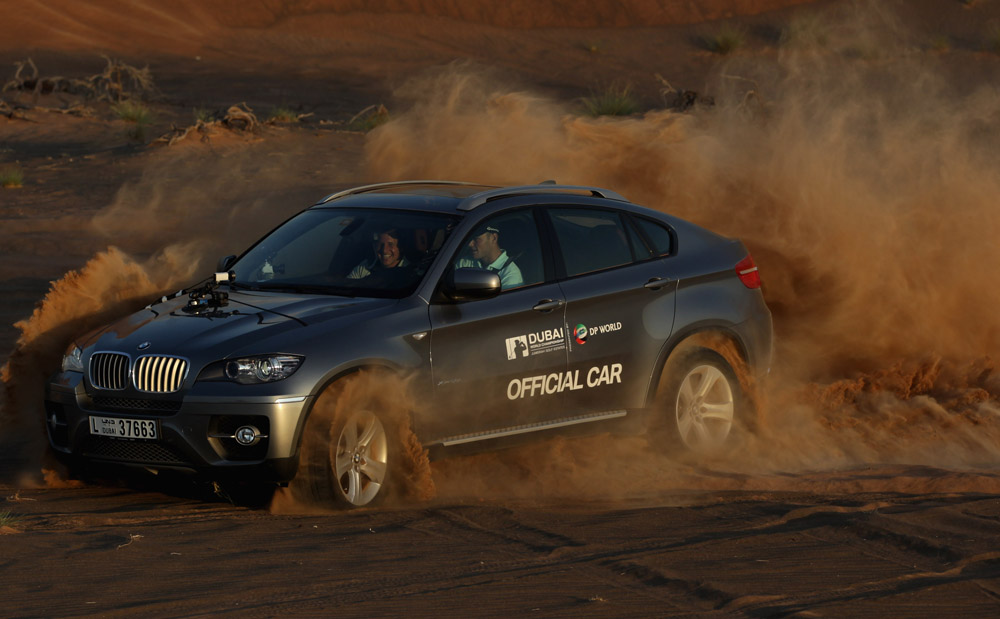 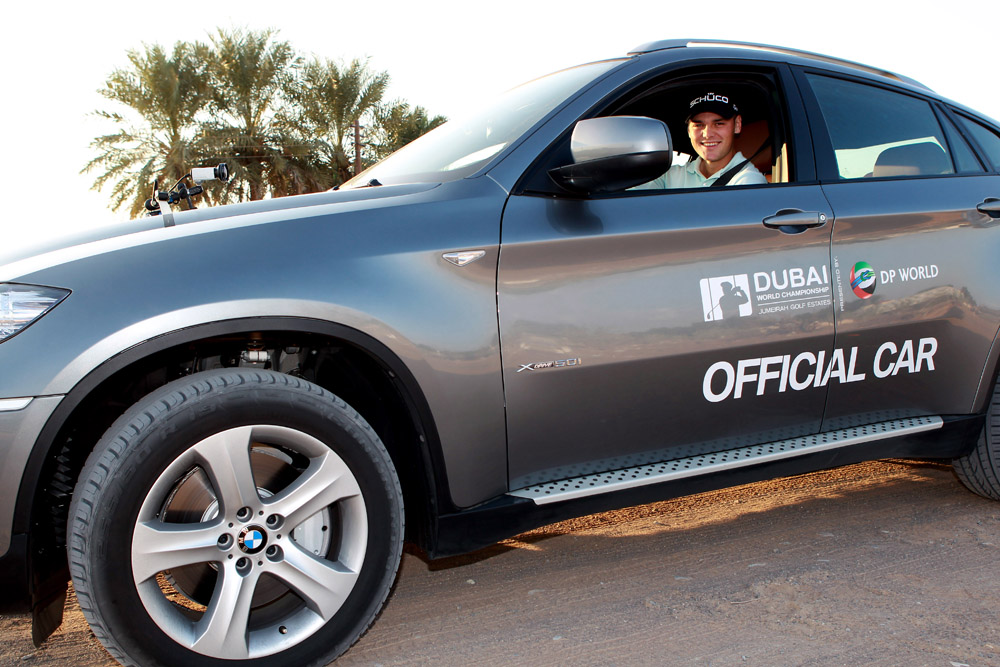 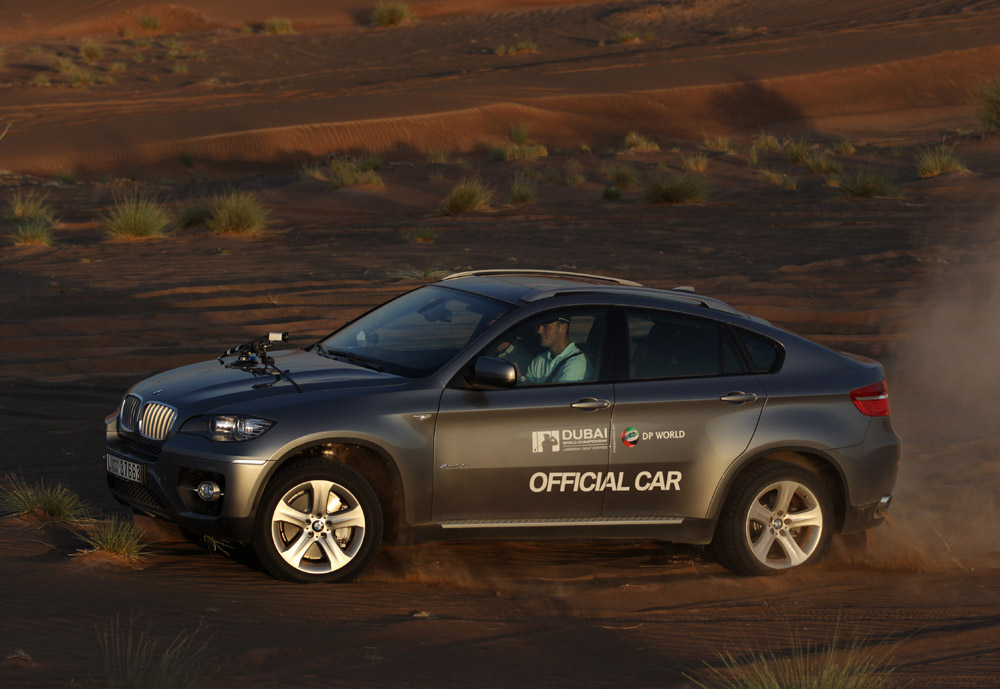