German tuner Prior Design reveals their latest wide body kit for the BMW M3 E92 claiming to offer a closer look to the M3 GT2.

The Duraflex-composed body kit consists of side wings at the front and rear wheel arches, a new front bumper with large air intakes, a new bonnet with air vents, side skirts, a new rear bumper and rear diffuser.

More information and pricing details in the press release below.

“Once again, the designers at Prior Design have raised the bar: With the new BMW M3 lookalike body kit for the current three-series coupe model, the tuners from Kamp-Lintfort have produced an absolute masterpiece. Following the ‘tame’ version, which appeared in August of this year, comes the widebody version, which suits all E92 models with the exception of the real M3, and thus transforms every coupe into a genuine M3 clone.

The new body kit also contains a spoiler on the boot lid, as well as on the roof, which are both also available in carbon fibre. It should also be noted that the rear bumper suits the M3 exhaust system as well as all other tailpipe versions, except for the 335i. Prior Design is also offering a specially designed stainless steel exhaust system in the style of the M3 that suits the new widebody body kit, which can be purchased from EUR 1,499.00. In terms of the lowering, the tuners from Kamp-Lintfort have relied on the quality of a KW coil-over kit, which allows the individual adjustment of tension and pressure.

As usual, the components of the new M3 body kit are manufactured from Duraflex, a very flexible and extremely stable material. And, of course, there is a valid TÜV component conformity certificate for every component, for smooth registration. 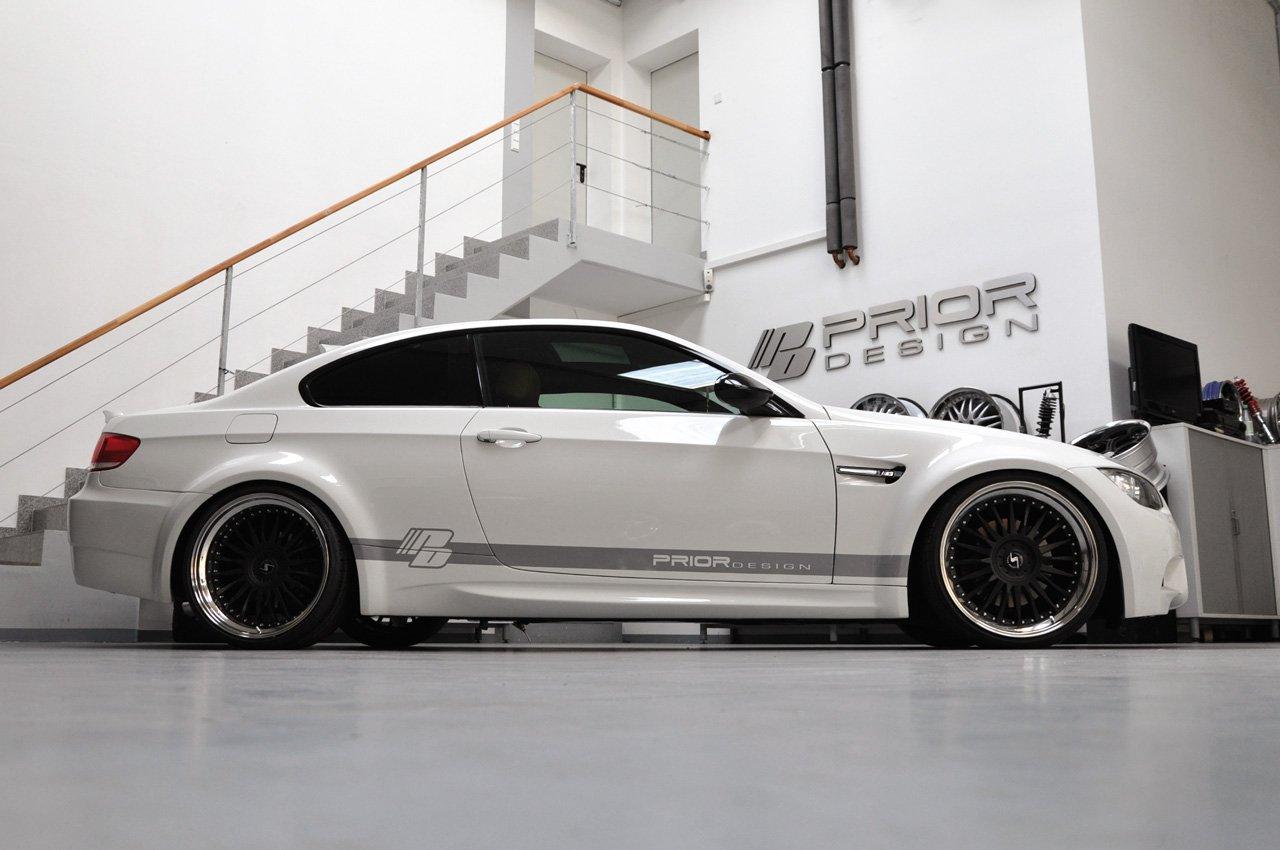 [Source: Prior Design via Worldcarfans ]

4 responses to “BMW M3 E92 Widebody by Prior Design”