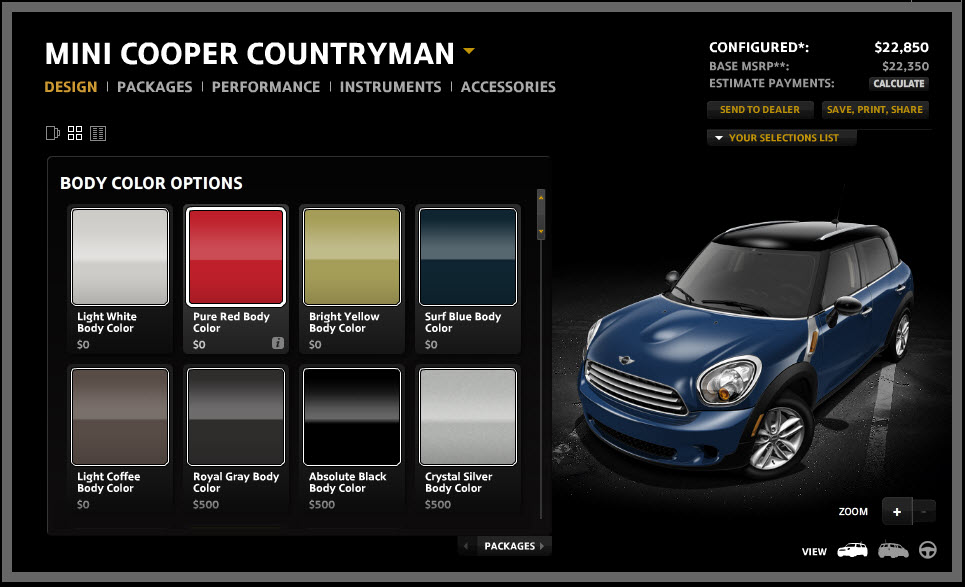 MINIUSA launches the Countryman online configurator. Available at www.miniusa.com, the lively configurator, serves as a starting point in the ordering process of a new MINI Countryman.

With the Countryman, MINI has entered a new era. According to the company, the Countryman is “a new dimension” and “genuine crossover that bridges the gap between the classic concept of the Mini and a modern Sports Activity Vehicle.” 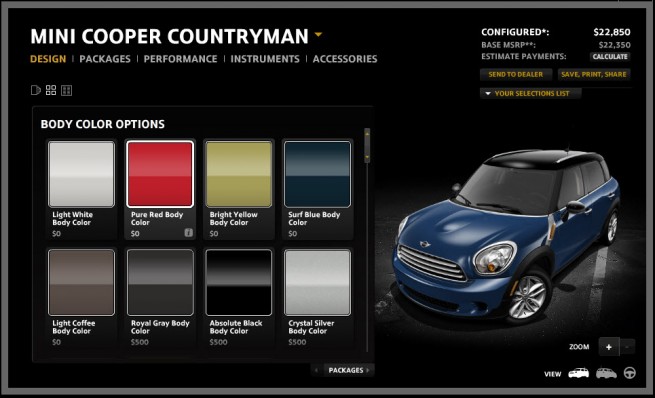 MINI enters the US market with a choice of two engines, one of them the rev-happy 1.6-liter four-cylinder gasoline and the second found in the the Cooper S model adds a twin-scroll turbocharger and direct fuel injection with a total of 181-horsepower.

It also features fully-variable valve management offering the best balance of engine power and fuel consumption in its class. And as an alternative to the standard six-speed manual gearbox, both Cooper and Cooper S models are also available with a six-speed automatic transmission complete with manual control priced at $1,250.

The Countryman has five feature packages, including a Convenience Package and two Sport packages.

To play with the MINI Countryman configurator, please head over to MINIUSA.