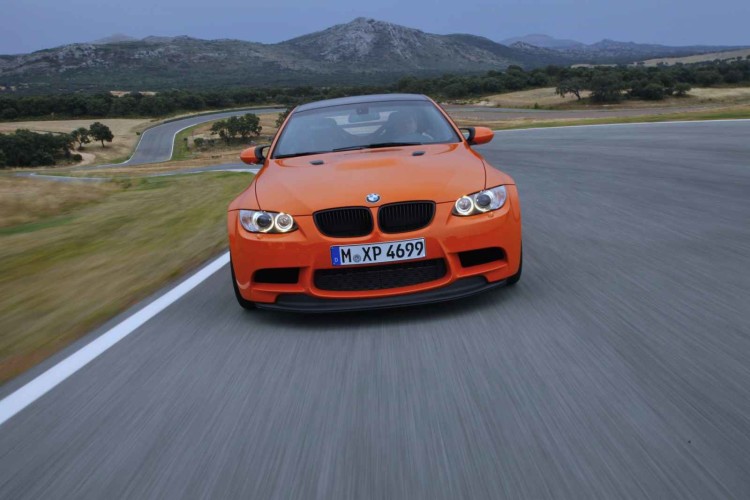 Top Gear publishes the best BMW M3 GTS review we have seen to date. No further ado is needed, the article will speak for itself.

Here is an excerpt:

Animals and cars don’t mix. Muntjacs – a doe-eyed but truly devious deer – have a habit of wandering into the roads round my way, and you really don’t want to collect one of those at 70mph. Here, 7,500ft up the Austrian Alps on the infamous Grossglockner Pass, the warning signs feature something apparently cuddlier: the marmot. Technically, the marmot is a squirrel, though it looks like the gopher that terrorised Bill Murray in the comedy classic Caddyshack. Hitting a marmot in an M3 GTS would be no laughing matter.

But this car has a bigger wildlife problem, and it’s the elephant in the room. So let’s get it out of the way now. By the time George Osborne’s 20 per cent VAT hike kicks in next January, an M3 GTS will set you back approximately £120,000. This isn’t just a stupendous sum of money, it’s almost a joke. It’s also the most expensive BMW by some distance, unless you go crackers and specify your V12 760Li with diamond-encrusted cup-holders. This is some achievement, given that the GTS is a tricked-up M3 which, when all’s said and done, is still a 3-Series. So £120k is crazy talk, surely? Um, not necessarily.

What you really want, though, is an M3 GTS. Sorry about that. This is a very, very special motor car. Just to give you some context, my two favourite hi-po road cars are the Ferrari 430 Scuderia and the Porsche 911 GT3 (2006, 997-vintage). I love the fact that you can hear the stones ping off their undersides as you fling them from corner to corner, that they have engines that punish valves, pistons and cylinders mercilessly in pursuit of pure revs, and that the people who made them were given carte blanche to rip as much weight as they dare out of them. The Scud has the best paddle-shift semi-auto ‘box of them all; the 911 GT3, supernatural traction.

Well, you can talk about the M3 GTS in the same breath as these two – something I didn’t expect. Powertrain, chassis, interactivity, noise, emotion: it’s right up there, believe me. Turning a 3-Series into a Ferrari 430 Scud rival: it’s some transformation. Yet that’s what they’ve managed.

God, it sounds good, this thing. Apart from a boominess around 4,000rpm, the stripped soundproofing andtitanium exhaust cause no problems at all. Wring it outto the 8,500rpm red line, and just pin your lugholes back. Who needs a stereo? The M3 GTS has the low-frequency lung power of Tom Jones, and the top-end rock star banshee wail of Axl Rose, all in one. And the beefed-up M-DCT dual-shift ‘box is so addictive that you find yourself hanging back, downshifting, then nailing it just because you can. In this installation, we finally have a dual-shift system that factors in some genuine mechanical sensation.”