During his recent trip at the BMW Performance Center in Sparatanburg, our friend Manny spotted the famous BMW M5 Ring Taxi that served as a the Ring Taxi at the equally famous Nürburgring Nordschleife.

The car belongs to one of BMW’s most famous professional drivers, Sabine Schmitz, and apparently the E60 M5 is ready to retire at the Performance Center in Spartanburg.

According to Manny, Sabine Schmitz will be the first person to take delivery of the new F10 M5 and the event will take place sometimes in September of 2011. The new M5 will make its debut in a concept form at the Geneva Motor Show in March 2011, but the official production car will be unveiled at Frankfurt Auto Show later that fall. 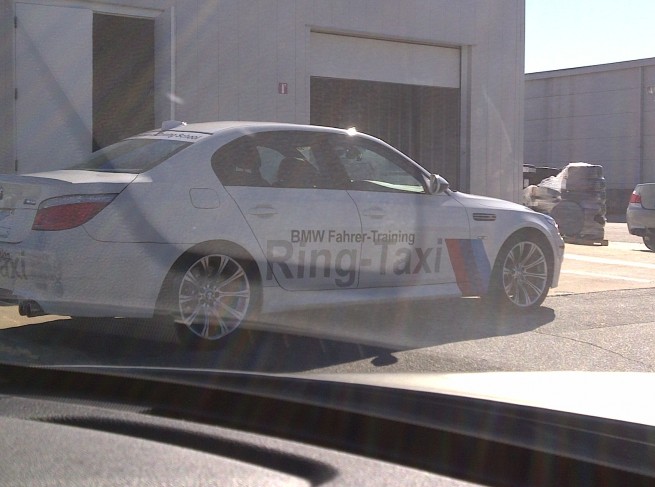 The E60 M5 served as a Ring Taxi for the past 6 years and those of you who had a chance to experience the “Green Hell” at Nurburgring, have certainly enjoyed the fast and breathtaking laps.

17 responses to “Photos: Sabine’s “Ring Taxi” at the Performance Center in Spartanburg”