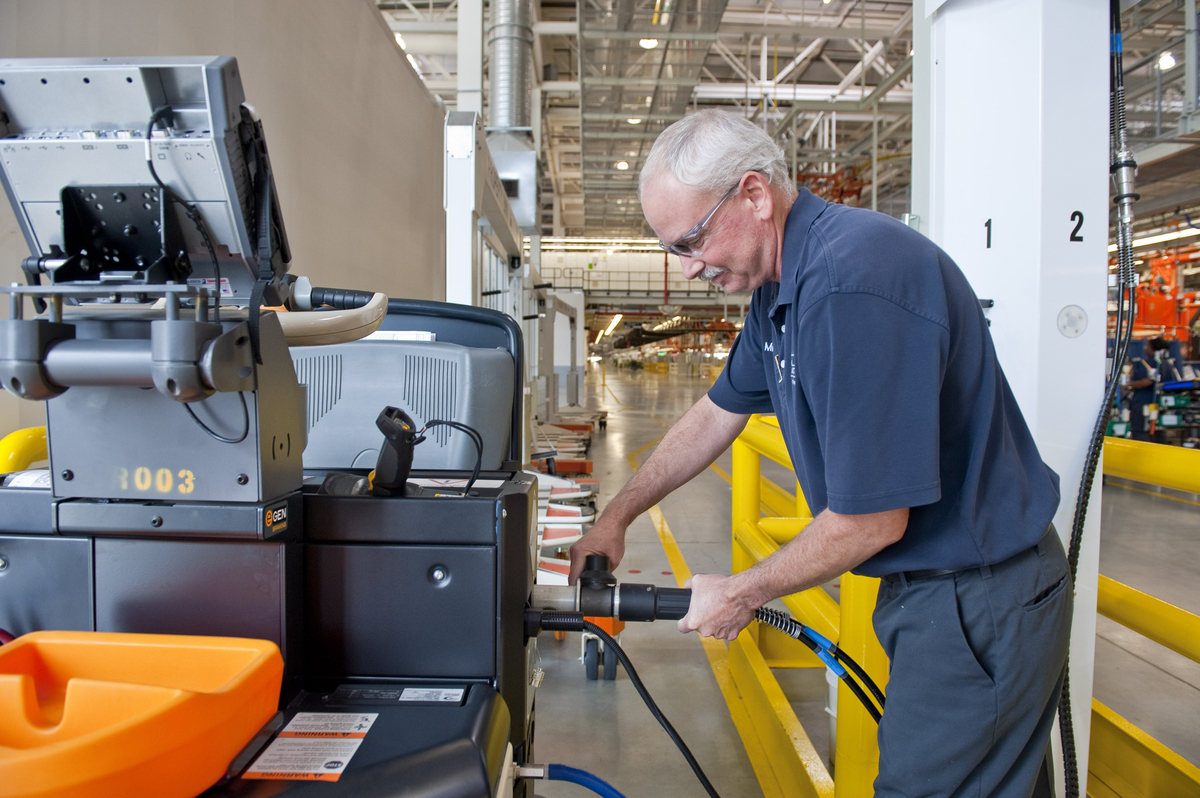 Fuel cells take stored chemical energy, such as hydrogen in this case, and convert it into electrical energy through two internal electrochemical reactions. The only byproducts of hydrogen fuel cells are heat and water, making this energy choice more efficient than other more conventional energy sources.

“BMW has taken another important step to affirm our global commitment to sustainability with a project such as this in Spartanburg,” said Josef Kerscher, President of BMW Manufacturing. “There’s a clear vision and determination to reach our goal of using renewable energy as much as possible throughout the plant site.” 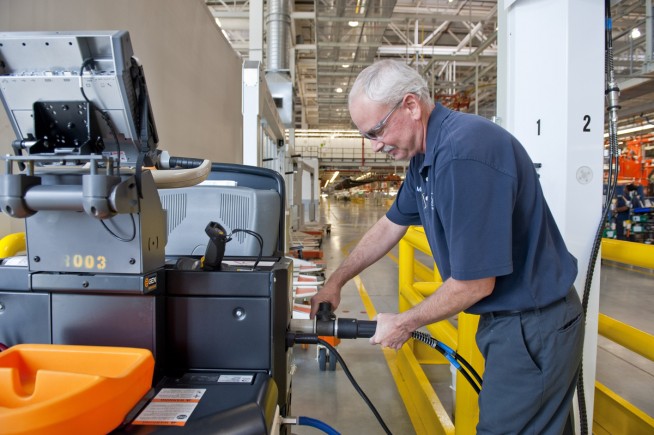 Implementation of this new technology has been done in concert with partners from Linde North America and Plug Power.

Mike Beckman, vice president of Linde’s alternative energy team, said, “We have partnered with BMW to work toward our companies’ shared goal of implementing cost-effective, alternative energy solutions that reduce emissions. BMW’s selection of Linde to supply the hydrogen and fueling system is testament to our significant capabilities, leading technologies and dedicated professionals who worked closely with BMW to implement the fueling solution.”

“We are proud BMW has selected to work with Plug Power as they continue to solidify their position as a leading sustainable automotive manufacturer,” said Andy Marsh, CEO of Plug Power Inc. “The proven productivity increases on the manufacturing floor through the use of GenDrive will give BMW a further competitive advantage in the global automotive marketplace.”

Installation of a storage and distribution center within BMW’s existing Energy Center, an 11 Megawatt facility, along with six on-site fueling stations were recently completed by BMW at their only North American manufacturing facility in South Carolina. The hydrogen used for this project was manufactured at the most sustainable source within Linde’s network.

Initially, the hydrogen-powered material handling fleet will consist of more than 85 pieces of equipment, making it one of the largest hydrogen fuel-cell fleets in the U.S. In addition to the many other benefits, fuel cells offer a much longer operating life than lead-acid batteries. Fuel cells provide continuous power with no loss of power as the tank nears empty as opposed to battery-powered equipment that run slower as the battery nears empty. These units, when full, run on a 2 kilogram fuel tank and run for 8-10 hours. Fuel cell units can be refueled by a driver in less than three minutes at an on-site hydrogen fueling station. On average, it takes about 20 minutes to re-fuel a depleted battery.

Since hydrogen is the only source of energy for the fuel cells being used in the new facility, BMW Manufacturing estimates that this project will avoid 1.8 million kilowatt hours per year of electricity consumption at the plant that would have been used to charge a battery-powered fleet.