A Six-Year Program of Traveling Laboratories for Urban Experiments and Public Programming. First Lab Launches in North America in 2011 and Begins a Two-Year Journey to Cities Around the World. Atelier Bow-Wow (Tokyo) and Sulki & Min (Seoul) Named Architect and Graphic Designer for First BMW Guggenheim Lab.

Richard Armstrong, Director of the Solomon R. Guggenheim Foundation and Museum, and Frank-Peter Arndt, Member of the Board of Management, BMW AG, today announced a long-term collaboration that will span six years of program activities, engage people in major cities across the globe, and inspire the creation of forward-looking concepts and designs for urban life. The initiative will engage a new generation of leaders in architecture, art, science, design, technology, and education, who will address the challenges of the cities of tomorrow by examining the realities of the cities of today.

An innovative movable structure that travels from city to city, the BMW Guggenheim Lab will bring together ambitious thinkers from around the world and will be a public place for sharing ideas and practical solutions to major issues affecting urban life. There will be three different BMW Guggenheim Labs, each with its own architect, graphic designer, and theme and each traveling to three major cities worldwide. The BMW Guggenheim Labs will travel in separate, consecutive two-year cycles, for a total project period of six years.

In each city, a four-member, multidisciplinary BMW Guggenheim Lab Team of early- tomid-career professionals who have been identified as emerging leaders in their fields will develop new concepts and designs around a specific theme. In collaboration with Guggenheim staff, they will also develop the programs and events for the BMW Guggenheim Lab. The BMW Guggenheim Lab Team members will be nominated by an Advisory Committee, composed of internationally renowned experts from the creative, academic, and scientific fields.

The first 5,000-square-foot BMW Guggenheim Lab will be installed in North America in late summer 2011 and will present programming into the fall of 2011, before moving on to the next two cities on its global tour, in Europe and Asia, respectively. Site-specific events and educational programs related to the cycle’s theme will include workshops, public discussions, performances, and formal and informal gatherings, which will tie the program into the everyday fabric of the city. The BMW Guggenheim Lab also will present the responses of the multidisciplinary team of professionals assembled to study the theme. At the conclusion of each three-city cycle, a special exhibition will be presented at the Solomon R. Guggenheim Museum in New York, exploring issues that were raised, addressed, and presented at the BMW Guggenheim Lab’s different venues.

The theme for the first BMW Guggenheim Lab will be Confronting Comfort: The City and You—how urban environments can be made more responsive to people’s needs, how people can feel at ease in an urban environment, and how to find a balance between notions of modern comfort and the urgent need for environmental responsibility and sustainability.

The Tokyo-based architecture firm Atelier Bow-Wow has been commissioned to design the first BMW Guggenheim Lab, and the Seoul-based firm of Sulki & Min has been announced as the designer of its graphic identity. 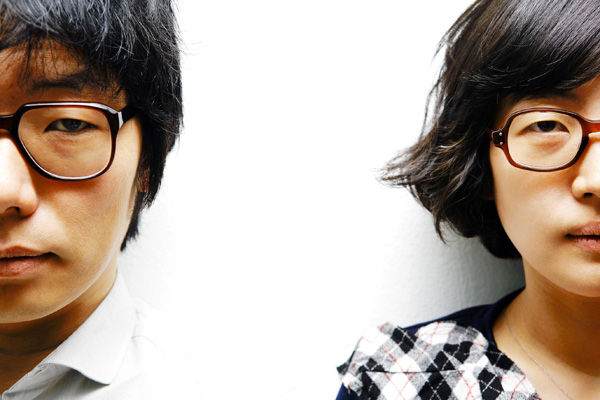 “Our collaboration with BMW brings together three kinds of expertise—an international museum, international design firms, and emerging talents from a number of different fields—for a research-and-development project with almost limitless potential,” stated Richard Armstrong. “We are grateful to BMW for their collaboration on this adventurous project and greatly respect the company’s long-standing commitment to design, architecture, and the arts.”

“For almost 40 years now, the BMW Group has initiated and engaged in many international cultural cooperations. To us, sustainable commitment in the cultural sector is being aware of our social responsibility whilst preserving absolute creative freedom for our partners,” stated Frank-Peter Arndt.