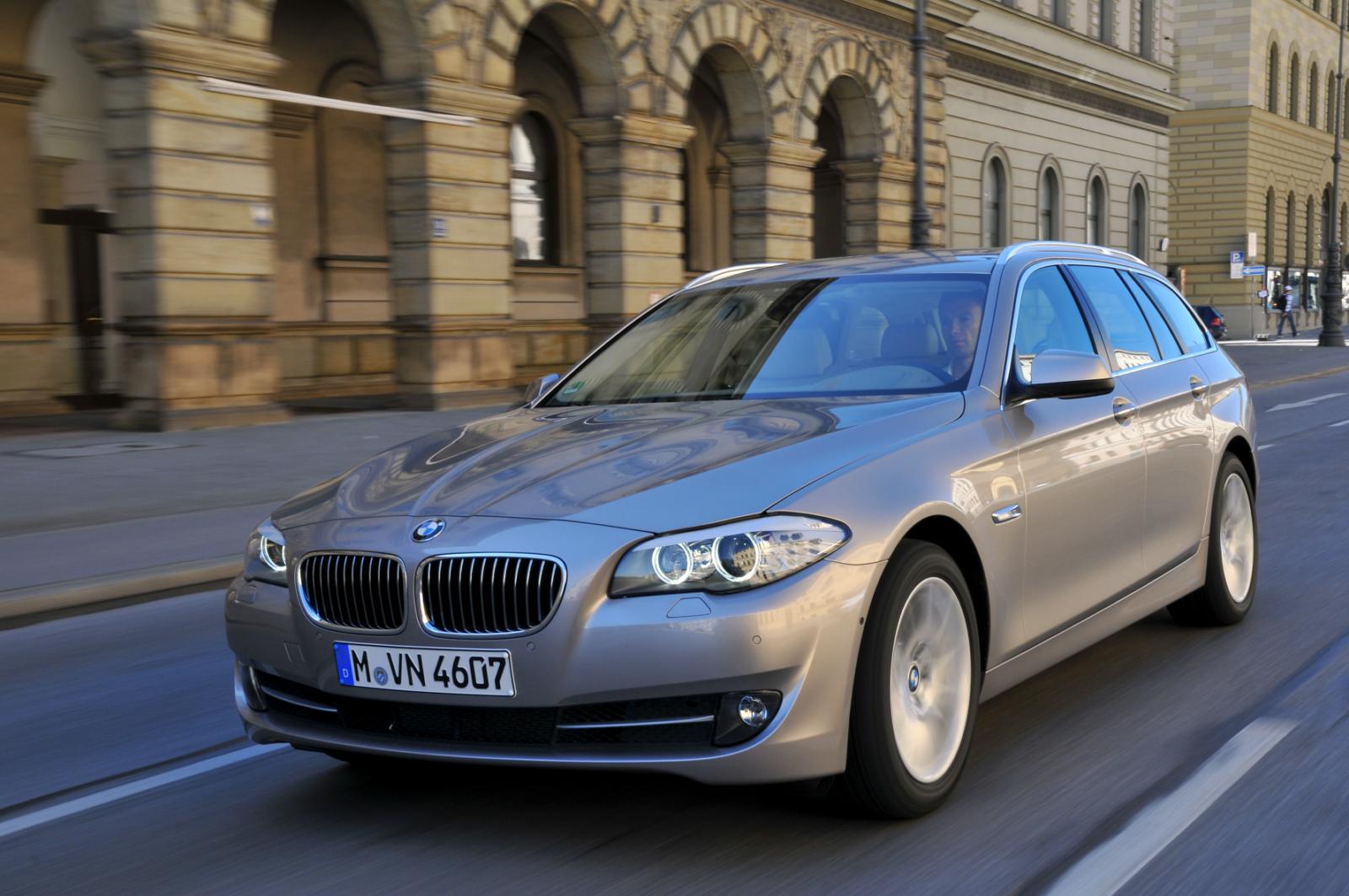 BMW’s latest 5 Series marks the introduction of 4-cylinder engines in the new lineup. Until now, 5 Series models have been powered by six-cylinders or V8 engines. The star of the new 5 Series family is the BMW 520d Touring.

Built on the F11 platform, the 520d is powered by a 2.0-liter 4-cylinder common rail turbo diesel engine which gives an excellent ratio of power consumption. The engine produces 184 horsepower and 280 lb-ft of torque, and offers a standard consumption of just 5.1 liters of diesel per 100 km (46.1 mpg), which corresponds to CO2 emissions of 135 grams per kilometer. In Germany, the BMW 520d Touring has a base price of 42,600 euros, making it one of the most affordable vehicles in the 5 Series family.

With excellent fuel efficiency and enough power to haul five passengers and cargo, the 520d Touring has already become a great seller for BMW. Rumors were floating around that the new entry-level Touring is sold out and wait times are longer than usual. We reached out to BMW AG for an official statement and according to Markus Sagemann, Corporate Communications spokesperson, the wait times are as long as three months from the moment the order was placed. 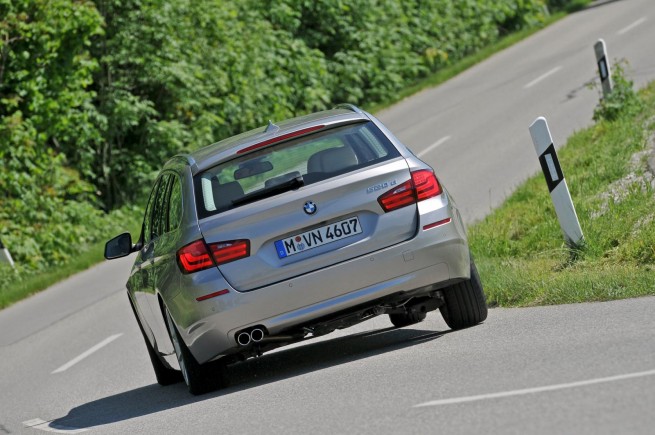 The direct competitor comes from Mercedes Benz with E-Class models powered by a four-cylinder diesel engine with standard fuel consumption ranging from 5.7 to 6.0 liters of diesels per 100 km (39-41 mpg). The power range varies from 136 to 204 horsepower.

Along with the great fuel efficiency, the new 5 Series Touring offers impressive cargo space, an incentive that European customers have come to appreciate. Behind the rear seats, it takes 560 liter, or 19.77 cu.ft and with the rear seats folded down the space can be extended to 1670 liter (58.97 cu.ft.).

Due to lack of popularity with wagons, the 5 Series Touring will not be exported west of Europe, and U.S. customers will remain with the hope of seeing another Touring model return in the distant future. 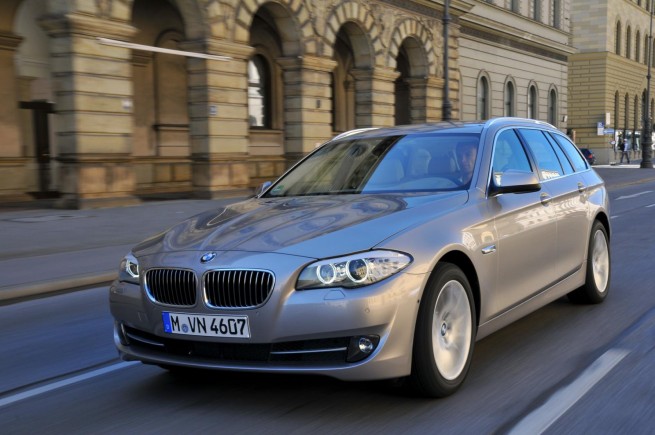