PGA TOUR players Camilo Villegas, Rickie Fowler, Martin Laird, Charley Hoffman, Vaughn Taylor and Marc Leishman practiced a different type of driving – at the racetrack – during the 2010 BMW Championship. The dynamic racing event took place at the Autobahn Country Club racetrack in Joliet, IL at the conclusion of the first day of competition at the tournament.

The BMW Championship is the third leg in the PGA TOUR Playoffs for the FedExCup and features the world’s top 70 professional golfers. All proceeds from the BMW Championship will again benefit the Evans Scholars Foundation, one of the nation’s largest privately funded college scholarship programs, providing full university tuition and housing grants to deserving young caddies.

Since BMW became a presenting sponsor of the tournament in 2007, the BMW Championship has raised a total of $7.3 million for the Evans Scholars Foundation. 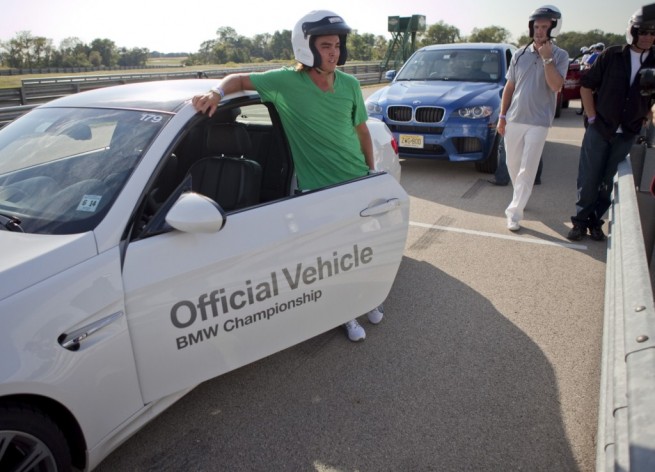 Photos of today’s racing event, along with additional BMW Championship information, videos and photos, are available at www.bmwusanews.com/BMWChampionship. Information about BMW Group products is available to consumers via the internet at: www.bmwgroupna.com. Consumers can also follow BMW of North America at www.facebook.com/BMWUSA.