Doubtless, it takes some degree of nerve to approach a vehicle of the calibre of an X6 M. The über-SUV is powered with a V8 twin turbo engine as standard, which develops a fat 555 hp and 680 Nm of torque at a maximum charging pressure of 1.5 bar. And when liberated from its burdensome electronic speed limiter, the X6 has the capability to run up to a speed of 275 km/h.

Impressive performance specifications – equivalent to those of a supercar. Doping for the V8 twin turbo!

Günther Manhart, of course, is not impressed by those numbers; he has been something akin to an inofficial pope at BMW motors for many years. Thanks to his many years of experience with the Bavarian engine constructors, the X6 M V8 twin turbo engine proved no exception to his ability to quickly find efficient ways of increasing the performance of an engine. 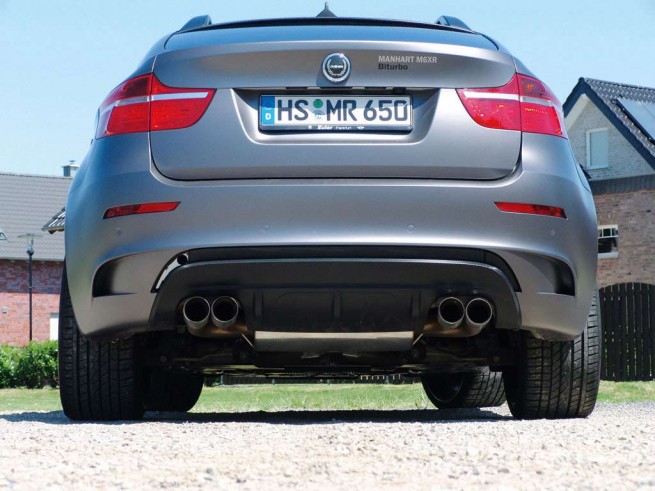 Thanks to an overhaul of the engine electronics, including DME control, and a catalytic conversion including modifications to the converters, the power of the 4.4 litre V8 is increased to 687 hp, which at a tare weight of 2380 kg amounts to a power to weight ratio of 3.4 kg per hp. With that, the Manhart M6XR sprints to 100 km/h from a standing start in just 4.7 seconds, and achieves an unbelievable top speed of 319 km/h. A version with more than 700 hp is planned within a short time which, equipped with new exhaust manifolds, will break the 900 Nm barrier.

Something that is also conducive to the power of the car, of course, is the new stainless steel exhaust system, with four 90 mm tailpipes and two 200-cell HJS racing catalytic converters. Four Manhart RS sports rims ensure optimum contact with the bitumen, all at 11J x 23 in size and fitted with 315/25 ZR23 tyres. 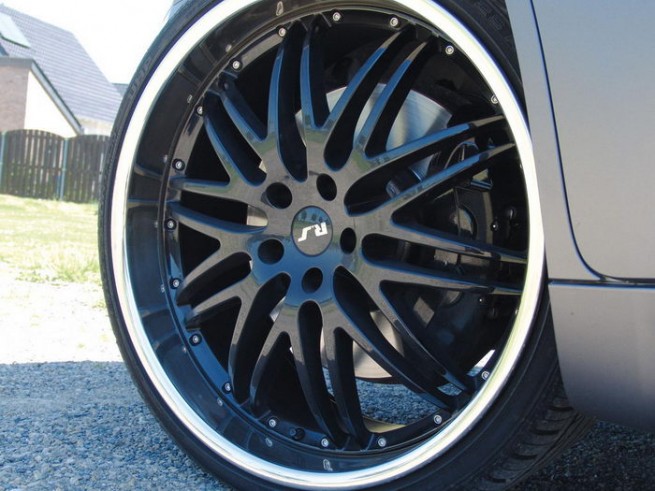 With the sports chassis, developed and manufactured by Manhart, the centre of gravity of the X6 M is approx. 30 mm lower, which is of particular benefit to handling in tight corners. Optimum deceleration of the 2.4-tonne sports SUV is ensured by a high-end braking system with 395 mm discs and six-piston calipers at the front, and 375 mm discs with four-piston calipers at the rear.

There is the option of a full-leather interior with Alcantara roof and door linings, to go with the characteristically clinical interior of the X6 M, as well as numerous Klavierlack double-coat clear finish trimmings.