Both M3 GTs will move up one position on the grid in tomorrow’s race as the polewinner’s time was disallowed because the driver pairing was changed following the first official practice session. 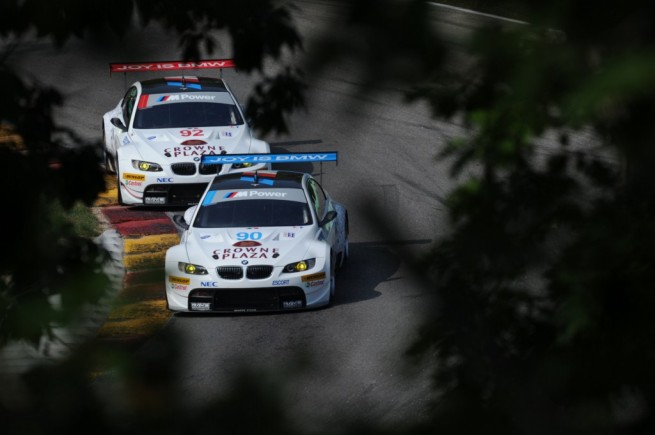 Milner’s qualifying performance today was particularly rewarding considering that the No. 92 car was severely damaged in a crash at Road America last weekend and the team was forced to build a new M3 GT in some 48 hours prior to leaving for Mosport.

The BMW M3 GT is the only competitor in the ultra-competitive GT class to have reached the podium in all seven races this season. With the victory at Road America BMW leads the Manufacturer point standings.

The Grand Prix of Mosport is scheduled to start at 3:05 p.m. ET Sunday and will be televised on SPEED beginning at 4 p.m. ET.