BMW TV has just published a video of the upcoming BMW 1 Series M Coupe. After having made an appearance on the Nurburgring race track, the prime candidate in the “Most enthusiastic bimmer of the 2000s” top comes back, and this time we can clearly see its shape, part of the front lights, the wheels and the color of the prototype.

As we mentioned before, the new 1,500 kg M model is powered by an updated/upgraded N55 engine coming from the M Division producing 345 horsepower.

The reason behind the M1 project is not to completely focus on power, but rather build a car more entertaining and thrilling to drive than any BMW ever built before. 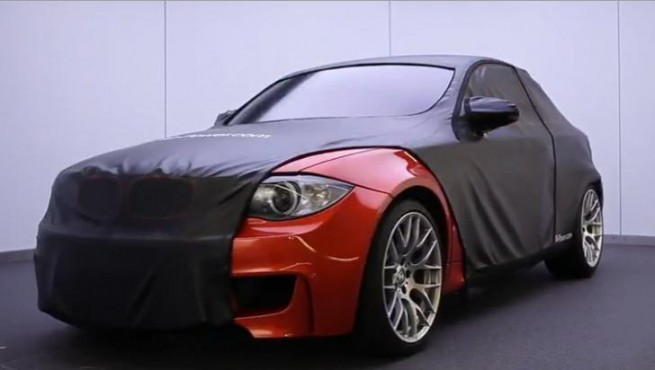 The engine is mated to a manual transmission.  As the M3 and other M vehicles, the BMW 1M will offer the much-craved LSD (limited slip differentials).

Stay tuned for more news and surprises throughout the day!