5 Series Receives Highest Rating of “Good” for Frontal Offset, Roof Strength, Side Impact and Rear Crash Protection in IIHS Tests Press Release: BMW of North America today announced that the Insurance Institute for Highway Safety (IIHS) declared the 2011 BMW 5 Series Sedan a 2010 Top Safety Pick. The new 5 Series earned the top rating of “Good” based on its performance in each of the Institute’s crash tests.

Receiving the 2010 Top Safety Pick for the 2011 BMW 5 Series Sedan is one of numerous awards BMW has earned from the IIHS over the years. In fact, as a result of tests conducted in 2008, the 2009 BMW 3 Series Sedan as well as the X3 and X5 Sports Activity Vehicles(r) earned the IIHS Top Safety Pick. 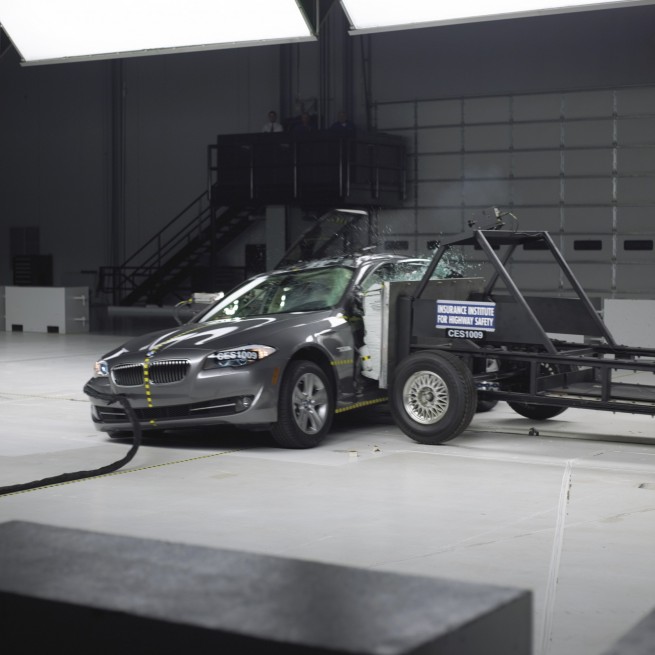 “Safety has long been a priority for BMW, so earning a Top Safety Pick from IIHS means a great deal,” said Jim O’Donnell, President of BMW of North America, LLC. “The press has praised the car and our consumers have eagerly awaited its arrival in showrooms. This award demonstrates that we left no stone unturned in the development of the all-new 2011 5 Series Sedan.”

“The new 5 Series integrates the latest crash avoidance technology with outstanding crashworthiness in a beautiful package that inspires confidence and peace of mind,” added Tom Baloga, Vice-President of Engineer US for BMW. “Advanced materials, sophisticated design techniques, and state-of-the-art testing succeeded in delivering a fantastic new 5 Series that will become the benchmark for every premium model in this segment.”

The Institute rates vehicles “Good,” “Acceptable,” “Marginal” or “Poor” based on performance in high-speed Frontal Offset and Side Impact crash tests as well as an evaluation of the vehicle’s Rear Crash Protection/Head Restraints, which protect against neck injuries in rear impact crashes. A stringent new Roof Strength test was added in 2009. In order for a vehicle to become a Top Safety Pick, it must earn “Good” ratings in all four Institute tests. Additionally, as of 2007, winning vehicles must also offer electronic stability control – a standard feature on all BMW vehicles since model year 2000, known as Dynamic Stability Control. The IIHS requires this feature based on Institute research indicating that stability control significantly reduces crash risk, especially the risk of fatal single vehicle crashes, by helping drivers maintain control of their vehicles during emergency maneuvers. 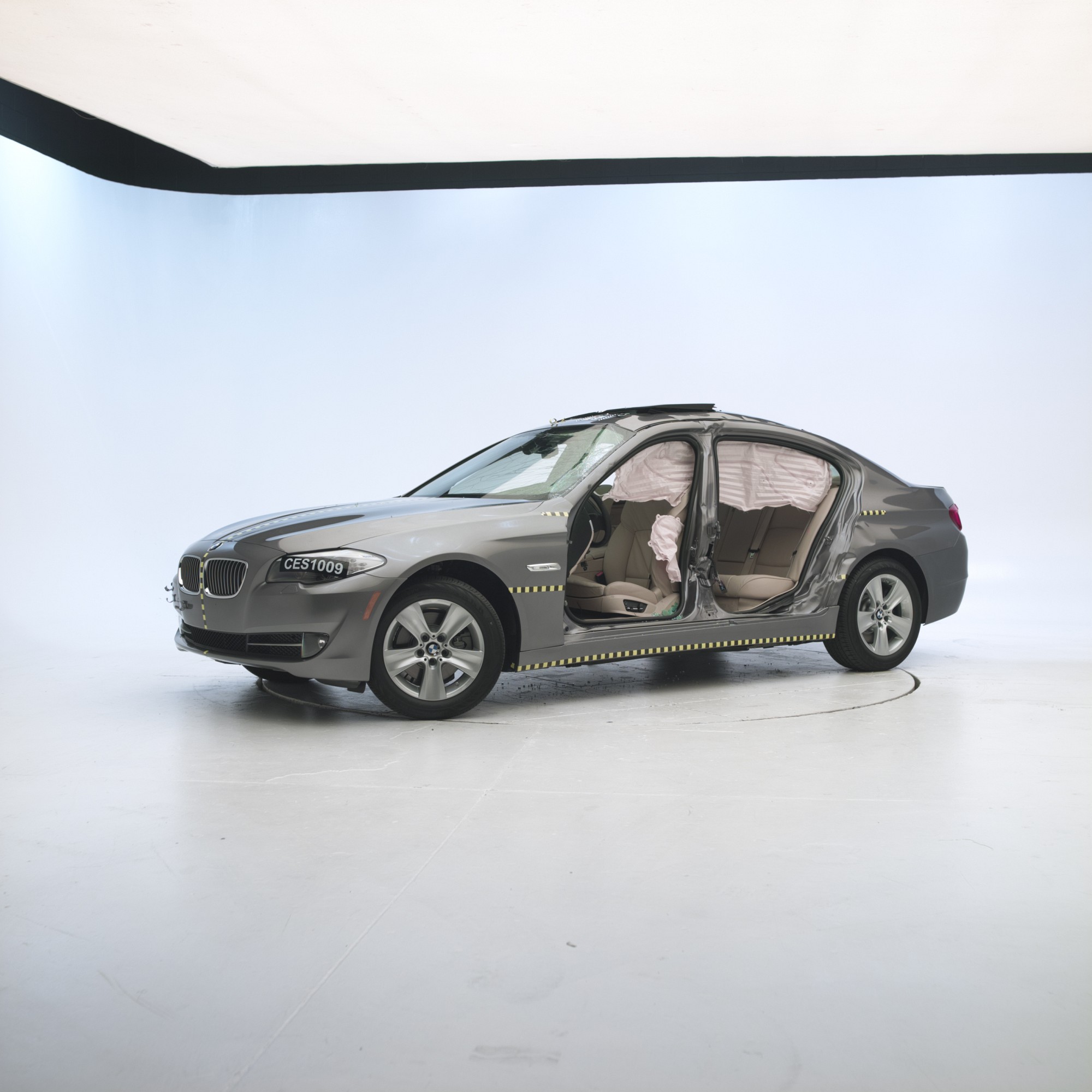 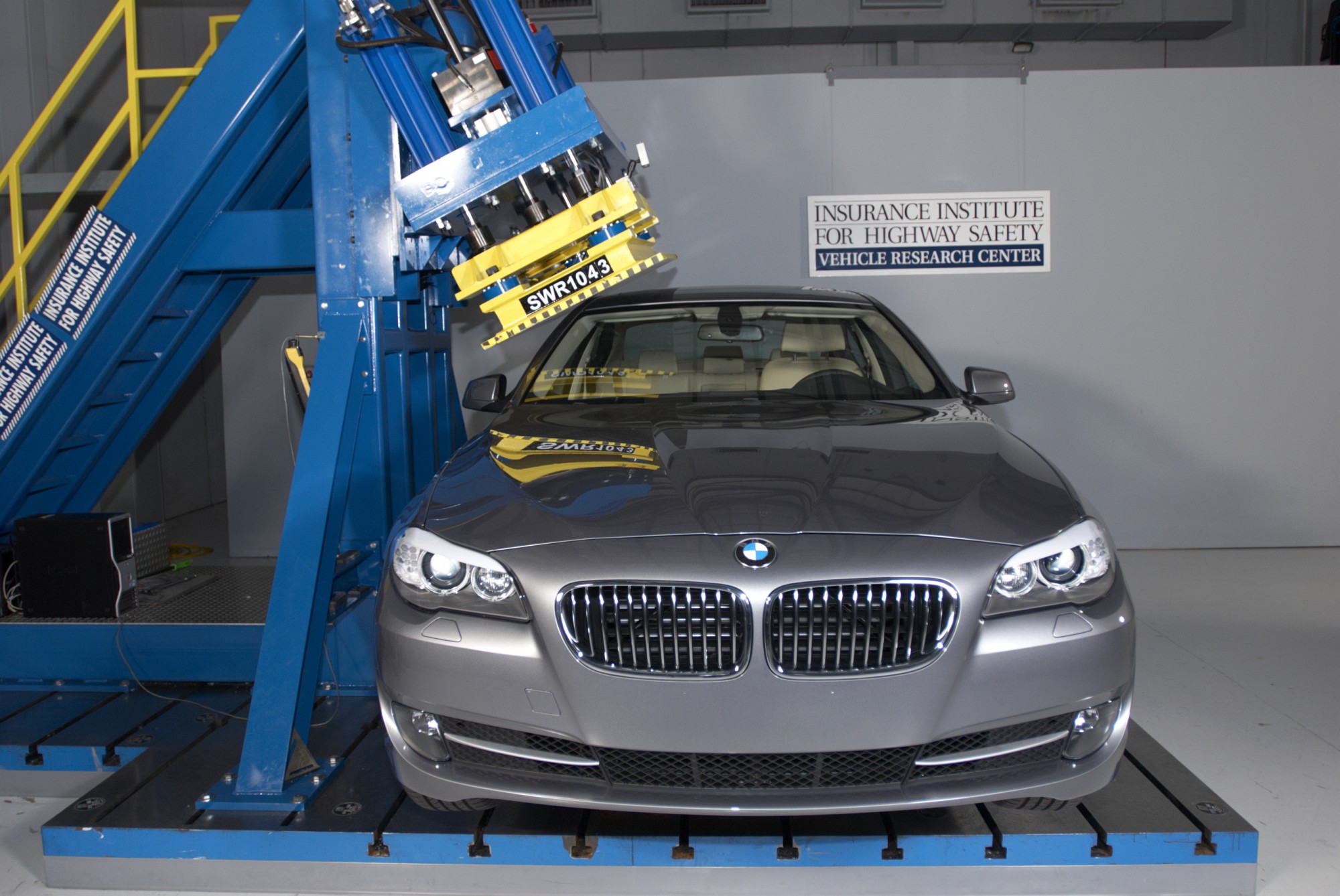