MINI on the red carpet at 2010 Life Ball 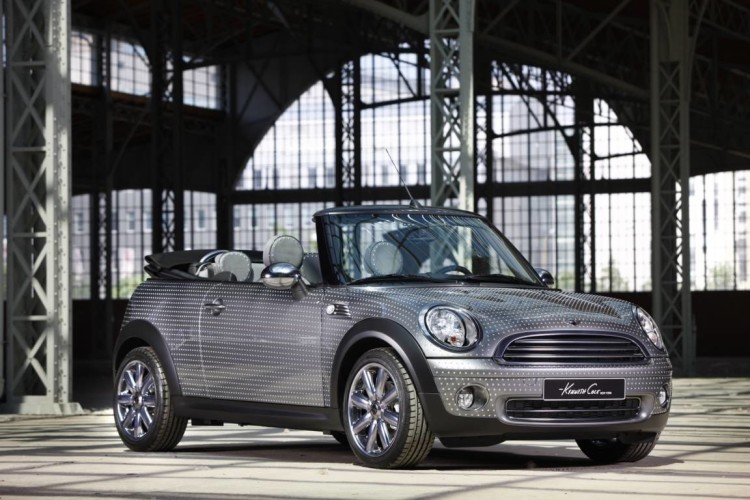 2010 Life Ball MINI make their frenetic debut on the red carpet in Vienna. Extravagant collector’s items are auctioned off for charity.

Press Release: On 17 July, celebrity fashion designers Diane von Furstenberg, Kenneth Cole and Calvin Klein Collection’s Francisco Costa personally unveiled to the public the 2010 Life Ball MINIs they personally designed. Last Saturday night, the international style icons accompanied “their” MINIs along the red carpet laid out on Vienna’s City Hall Square on the occasion of the annual AIDS charity event. The three gems on wheels were given a rapturous welcome by the enthusiastic crowds.

Belgian-born US fashion designer Diane von Furstenberg captivated onlookers with a bright red MINI which she had sprinkled with numerous colourful lips. Elegant mother-of-pearl white lent an iridescent touch to the wheel rims, mirror caps and roof of the car. 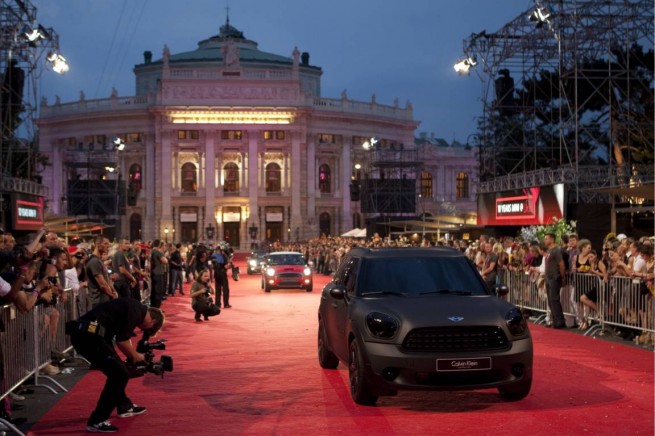 Delivering a similar dash of glamour was the gleaming silver MINI Convertible by New York fashion star Kenneth Cole, with a surface of brushed metal and some 8,000 studs applied by hand. Inside the car, the creative New Yorker showed his keen attention to detail in the fine-leather seats, piping with Swarovski crystals, stud appliqués and embossed logos, among other features. Calvin Klein Collection’s award-winning Women’s Creative Director Francisco Costa designed an arresting MINI Countryman in matt black paintwork with a reflective logo on each of the front doors. The tinted windows lent the car an aura of mystery. 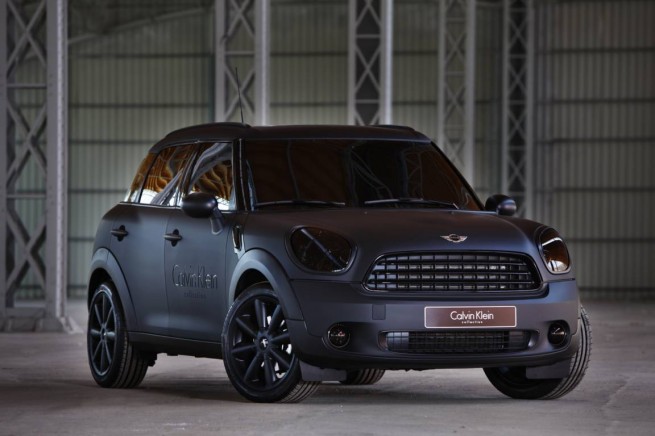 The Life Ball MINI by Calvin Klein Collection’s Francisco Costa went under the hammer for the amount of 40.000 Euro that same evening as part of the amfAR Gala in Vienna in support of the AIDS charity. The other two MINIs will be auctioned at upcoming amfAR events. Total proceeds will go to amfAR, the Foundation for AIDS Research. Dr Wolfgang Armbrecht, Senior Vice President MINI Brand Management, commented: “We can now look back on a successful ten-year partnership with the Life Ball. The event is an excellent platform for the MINI brand, while our involvement allows us to contribute further to the fight against HIV/AIDS.”

This was MINI’s tenth successive involvement in Europe’s leading AIDS charity event. The 18th Life Ball was held in Vienna on 17 July 2010 and once again served as a hot spot for international celebrities. This colourful, extrovert event flew the flag for solidarity and provided MINI with the perfect platform on which to highlight its social-political commitment. Global measures to fight HIV/AIDS are a key element of the BMW Group’s involvement on behalf of social causes.

This year’s Life Ball – held to coincide with the 18th International Aids Conference in Vienna that starts the day after the event – took place against a special backdrop. On 17 July, not only Vienna’s City Hall and City Hall Square were dedicated to the red ribbon; the Burgtheater also played its part with the Red Ribbon Cotillion Summer Ball, as will the Austrian Parliament, which hosted the amfAR Gala.

In the spirit of this year’s motto “Sow the Seeds of Solidarity!” and the “Earth” theme, the 2010 Life Ball wanted to sow its seeds around the world wherever the need is greatest.