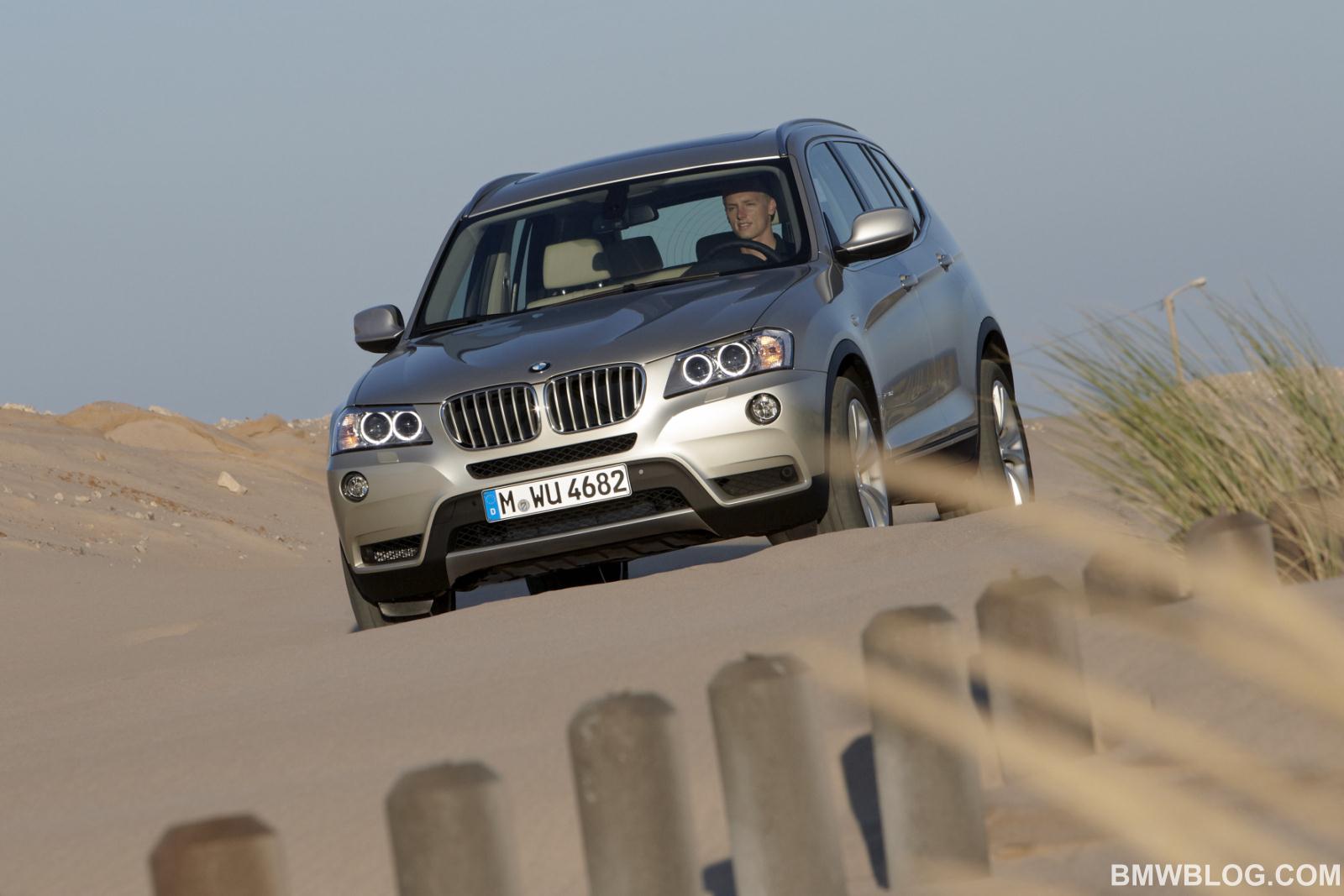 The design of the new BMW X3 conveys elegance, agility and ruggedness. Up front, the forward-slanting BMW kidney grille and large headlight assembly combine with a powerful-looking front apron and hood boasting six contour lines sweeping down to meet at the kidney grill, giving the X3 a bold presence. The twin round headlights combined with the round fog lamps form the triangular light pattern that is characteristic of BMW SAV.

Powerfully flared wheel arches and the short front and rear overhangs emphasize the robust character of a BMW Sports Activity Vehicle. The dynamic appearance of the silhouette is accentuated by three characteristic lines. The new BMW X3’s brand-typical upper contour line at door handle level rises steeply at first within the front wheel arch area, then flows gently to the rear. Two additional subtle lines follow this contour line above the wheel arches. 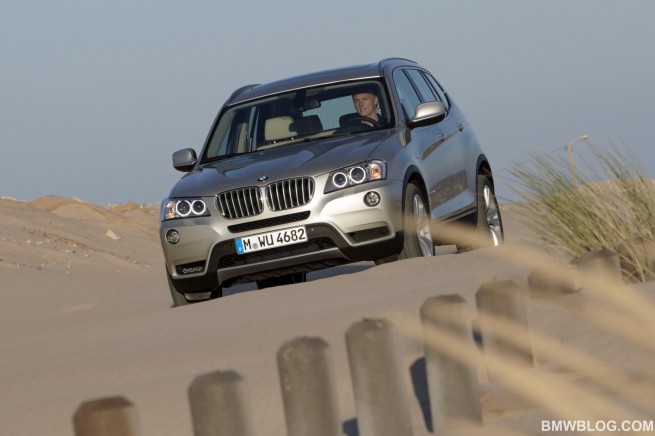 A generous and versatile spatial concept, high-grade materials and a characteristic three-dimensional surface design provide the interior of the new BMW X3 with a modern, premium ambience and intelligent functionality. The horizontal lines of the instrument panel accentuate the width of the interior. The driver orientated cockpit, a hallmark of BMW design, is emphasized by the asymmetrically designed center console. The Central Display of the optional navigation system with fourth generation BMW iDrive is harmoniously integrated into the instrument panel. The system features in 8.8-inch high-resolution trans-reflective screen that is the largest on-board monitor in its vehicle segment. Throughout the vehicle, new BMW X3 has a large number of storage compartments, trays and cup holders.

The raised seating position facilitates egress and ingress, while providing outstanding outward visibility. The three rear seats offer outstanding comfort for travelling long distances and significantly more leg and elbow room than its predecessor. With EU-measured cargo volume between 19 and 56.6 cu.ft. (550 and 1,600 liters), the luggage compartment of the new BMW X3 is the largest in its segment. At the same time, the versatility with which available space can be adapted to suit each personal requirement is also unrivalled. The rear seat backrests can be split at a ratio 60 : 40 and can be folded down either individually or together. The optional rear seats with ski pass-through has three segments of 40 : 20 : 40 can be folded down individually or in combination making it possible to adapt the luggage compartment in varying degrees according to need.