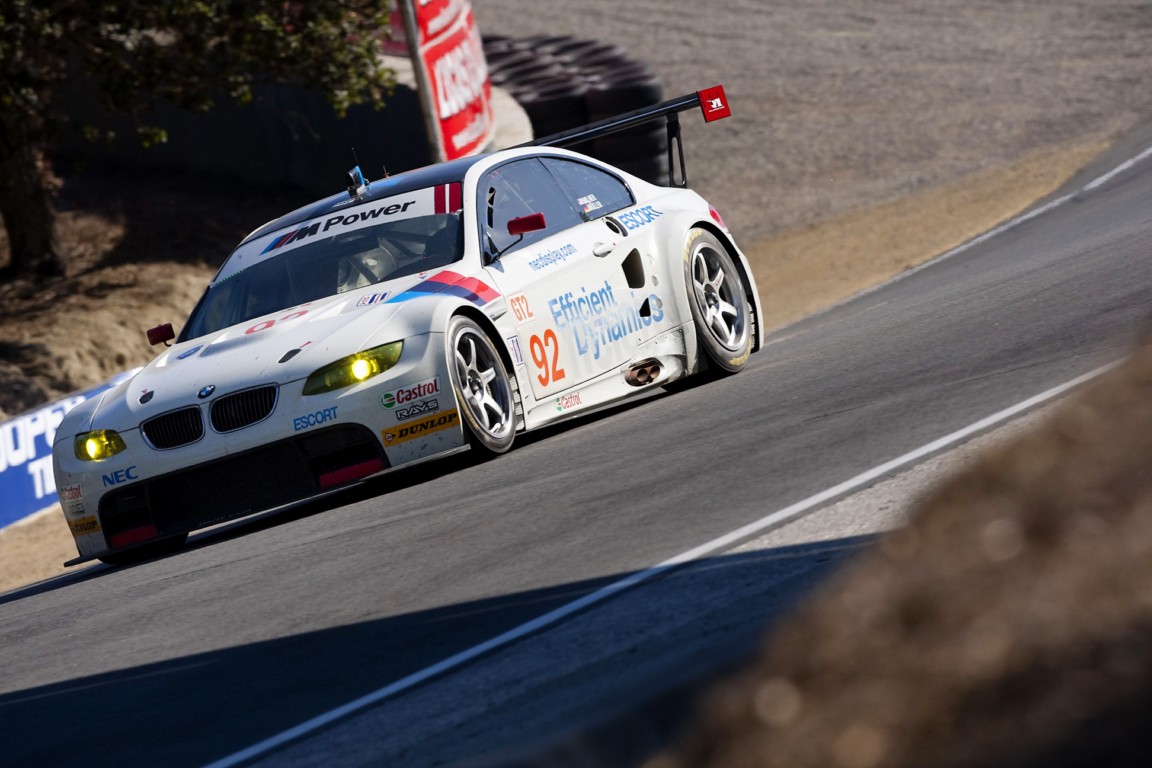 In the program’s second season of competition, BMW now stands second in GT Manufacturer points with drivers Bill Auberlen and Tommy Milner second in GT Driver points, only one point behind a four-way tie. Joey Hand and Dirk Müller are third, eight points behind their teammates.

The 2.238-mile, 11-turn Laguna Seca circuit provides an excellent stage for competition. With the curtain rising in the afternoon California sun and falling well past sunset six hours later, sports car fans are set for a good show. The longest ALMS race ever held at the circuit also awards points some 25% greater then a race of less than four hours, placing increased significance on a good finish. 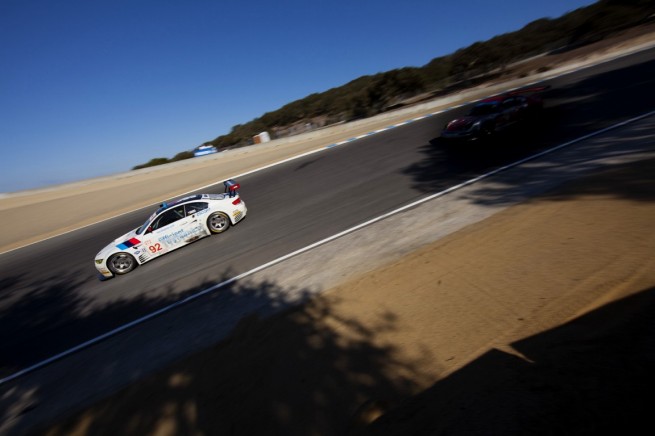 Following a test last week, the team will switch to E85 fuel. Up to this point the M3 GT Coupes have been fueled by E10, but series allowances for E85 more than make up for the less power inherently available in the fuel.

“Our colleagues in Germany have set the bar very high with their fantastic overall victory at the 24h of the Nürburgring,” said Martin Birkmann, BMW of North America Motorsport Manager. “While we aren’t competing across the ocean, their win sends us into the last race before the ALMS break with increased confidence and competitiveness.  Our hopes are to continue the momentum and again challenge for overall honors.  We will be using a different race fuel and use Laguna as a test bed for cellulosic E85.  The BMW P65 race engine had to be specially adjusted to emulate this fuel and we are curious to learn how it will impact our efficiency, performance and pit stops.”

“Laguna has always been a special place for Rahal Letterman Racing and we’ve had a number of successes in a number of different series,” said Bobby Rahal, Team Principal. “We have had a strong start to our season and we expect to have another good effort at Laguna as we try and stay in the championship hunt.” 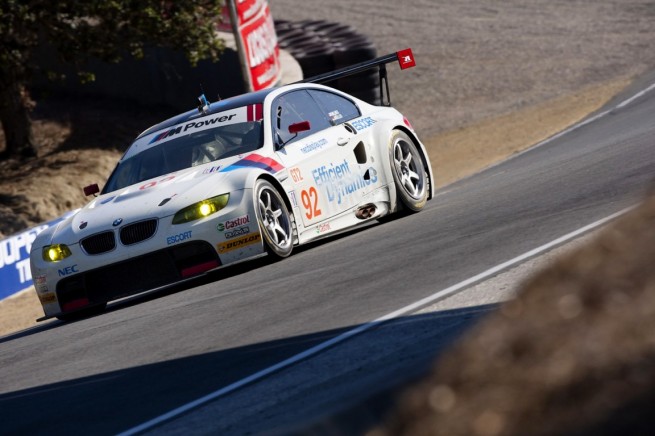 Joey Hand, Driver, No. 90 M3 GT: “Laguna Seca is my home track.  I have raced it many times over the years and it is definitely a driver’s track. I keep my head in the racing game at all times and can’t wait to get in the M3 GT at Laguna!”

Dirk Müller, Driver, No. 90 M3 GT: “My weeks since Long Beach have been really busy, but in an extremely nice way. I am looking forward to see the boys again in Laguna. I am happy to see that our team is working hard to give us an even better car every race. Their will to win makes me proud. Six hours will be a tough race, but in my opinion we need more of these races. Laguna is one of my favorite tracks and I am positive that BMW Rahal Letterman will have a great race there!”

Bill Auberlen, Driver, No. 92 M3 GT: “BMW and RLR have done really awesome work preparing our cars.  We are one point off the lead and that’s a great place to be. I can’t wait to see how great the M3 GT is next week. We have tested there and the car really likes this track.  Dunlop is bringing some new tires and that’s important. We hope to keep this car on the podium race after race.  Since Long Beach my sole focus has been Laguna Seca. When I go the gym every day I visualize the track and the way I drive it. I love Laguna.  As a spectator it’s a great track, you sit on the hill and can see it all.  As a driver I love the scenery, the spectators, and the weather. The energy is great!”

Tommy Milner, Driver, No. 92 M3 GT: “Laguna should be an interesting race. RLR and BMW have continued to look for opportunities to improve the performance of our M3 GT. After a day of testing recently with E85, I think this will be another step in the right direction to keep our BMW’s at the front of the GT pack. These guys come up with new tricks every weekend and it’s great to be a part of a team that is always pushing forward, always looking for an edge. Bill and I are sitting second in points right now and I’d like to leave Laguna with the points lead. Six hours is the longest race we’ve had at Laguna but it’s a great track with great fans so I’m looking forward to the longer race.” 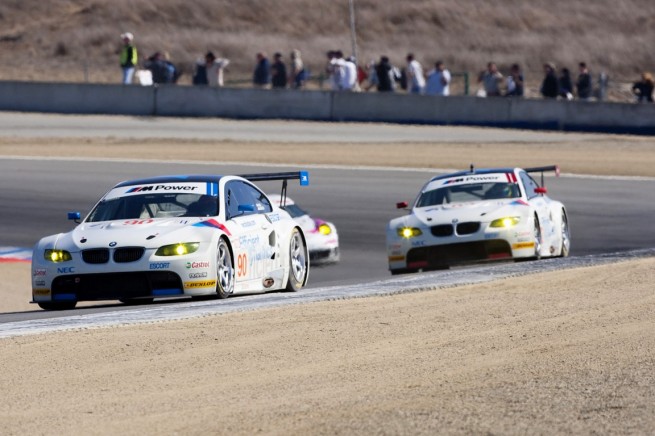