Shortly before the end of its life cycle, the BMW X3 E83 is being considered by the Bavarian Police as highway police squad car. The BMW X3 xDrive30d with 218-hp inline six, will seek to highlight the opportunities for better detectability of the emergency vehicles. The high signal of the LED lights on the highway is particularly important because a high visibility also means high security for the police.

In addition, the boot lid was designed so that it has both an opened and closed state, accomplished by highly visible light units indicating the emergency situation. The concept of the special X3 was developed by BMW, in collaboration with the the Highway Patrol and the police unions.

The base model was chosen in view of previous X3 positive experiences of other police departments, and especially the large interior, particularly well suited to accommodate an important number of warning devices. 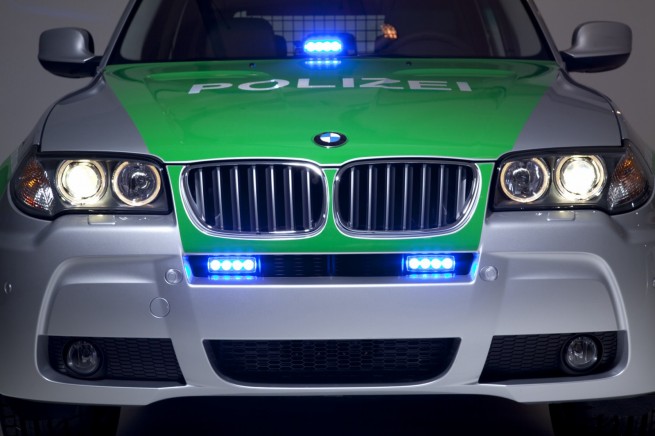