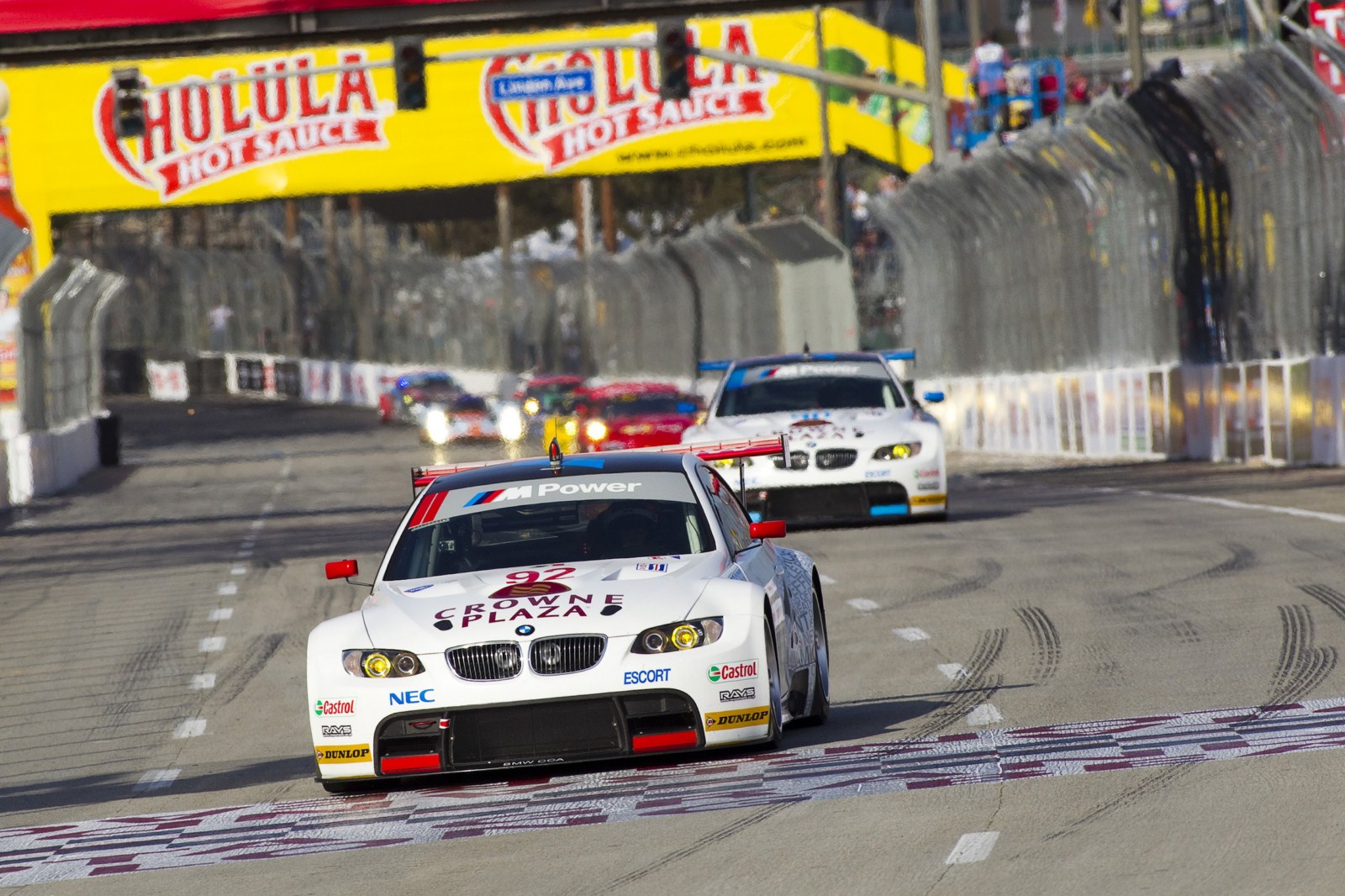 Auberlen and Muller started the race by setting an aggressive pace for BMW. They ran nose-to-tail and set the fastest BMW laps of the race. Auberlen made the team’s first scheduled stop and driver change at Lap 25.

Having qualified 6th and 7th on the GT class grid on Friday, the M3s faced a strategic challenge. Street courses such as Long Beach are characterized by extremely limited overtaking space, so the team decided to forgo changing tires. The decision saved enough time to advance the M3s to 1st and 2nd in class, Milner followed by Hand, shortly after the third caution period of the race with 30 minutes remaining. For the duration, each M3 driver strove to defend as competitors on fresh tires attacked from behind. Milner and the No. 92 M3 held the GT class lead through Lap 55 and eventually finished 3rd, while Hand experienced a yet-to-be diagnosed mechanical difficulty and salvaged 5th place in the No. 90 M3. 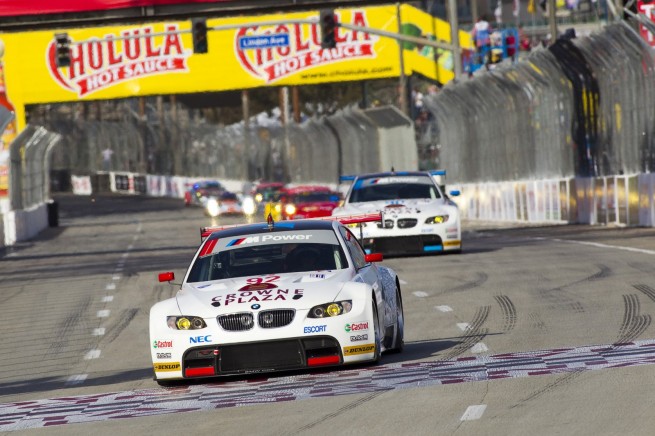 “The third podium in our second race is a great result,” said Martin Birkmann, BMW of North America Motorsport Manager. “We selected not to change tires in our pit stops to compensate for less-than-desirable starting positions. It worked extremely well for the 92; we pulled them in at the very earliest fuel window and made up a lot of positions on the track. At the end of the day, we gambled and the downside of the strategy was that we couldn’t quite maintain the top positions, but we finished high in the points, the car shows great pace, and our drivers have been phenomenal. We are looking forward to Laguna now.”

After two events in the 2010 American Le Mans Series, BMW is second in manufacturer points behind a first place tie only one point ahead. The next race will be at Mazda Laguna Seca Raceway on May 22, 2010.