This weekend, BMW Motorsport will send the BMW M3 GT2 into action at two events. BMW Team Schnitzer will contest the first race in the Le Mans Series at the “Circuit Paul Ricard” in Le Castellet (FR). Jörg Müller (DE) and Dirk Werner (DE) will take on the opposition in the LM GT2 category at this eight-hour race.

Following third in the season curtain-raiser at the end of March, Team BMW Motorsport lines up with a BMW M3 GT2 at the second race of the VLN Endurance Championship. Andy Priaulx (GB), Augusto Farfus (BR), Pedro Lamy (PT) and Dirk Adorf (DE) will travel to the Nürburgring-Nordschleife (DE). Dirk Müller (DE) will also be in the “Green Hell”. He is joining the Schubert Motorsport team as the new BMW Z4 GT3 makes its second race appearance.

Charly Lamm (Team Manager):
“This weekend we will come up against the logistical challenge of appearing in two racing events at the same time. The BMW M3 GT2 for the Le Mans Series was only rolled out recently. Now it is faced with an eight-hour marathon. This is a good test right at the start of the season. The first VLN race was a good chance to asses where we stand. Third showed we can mix it with the teams at the front of the field. We now want to get more valuable kilometres under our belt with the BMW M3 GT2 in preparation for the 24-hour race. After the race at the Nürburgring I will travel straight to Le Castellet. It certainly promises to be an interesting weekend.”

Jörg Müller (Car Number 78, Le Mans Series):
“Now the Le Mans Series season is really upon us. Our team has worked hard over the last few weeks to prepare the BMW M3 GT2 the best we could for this championship. Now our first race awaits us in France. I am looking forward to working with Dirk Werner. We get on very well, and will be doing our very best.”

Dirk Werner (Car Number 78, Le Mans Series):
“I am really looking forward to the first start in the Le Mans Series. We have not been able to do so much testing with the car, so we will have to use the practice sessions as much as we can for preparation purposes. At an eight-hour race, a comfortable set-up is important in order to last the distance. The competition is fierce in this championship. However, we are ready to meet the opposition head on.”

Augusto Farfus (Car Number 743, VLN):
“It is great to race on the Nordschleife for the second time in 14 days. I am gaining in experience with every lap – and that is incredibly important on this circuit. Third in the last race was fantastic. I would have nothing against stepping back onto the podium with my team-mates. However, a lot can happen in a race on the Nordschleife. This race is an important part of our preparation for the 24-hour race.” 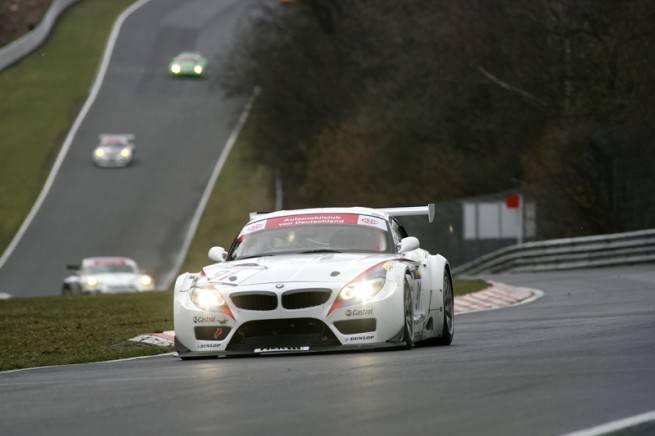 Dirk Müller (Car Number 91, BMW Z4 GT3, VLN):
“This weekend will be my first race in the BMW Z4 GT3. I am really looking forward to it. The car made it straight into the top ten in the first VLN race. For me personally it is great fun to be involved in the development of a new car like the BMW Z4 GT3. Furthermore, every kilometre on the Nordschleife is vital ahead of the 24-hour race.”