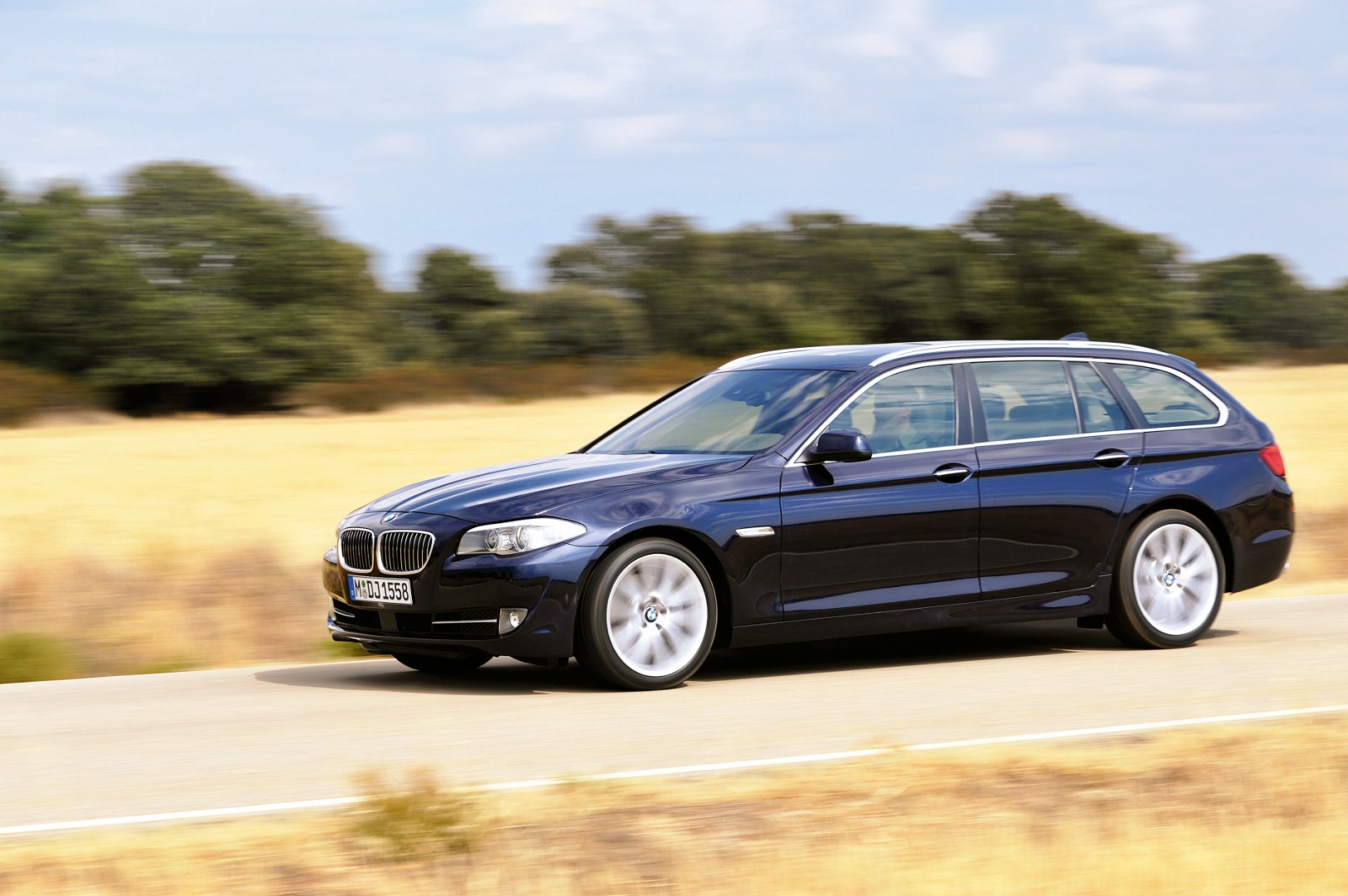 Earlier today, the 2011 BMW 5 Series Touring broke cover. Just moments ago, we posted the first high-resolution official photos and now we’re following with a video of one of the best Touring vehicles ever designed by BMW.  For those of you that are trying to avoid the lengthy press release, here is a quick summary:

The design of the new BMW 5 Series Touring is characterised by a high level of individuality with regard to its proportions and surface design. Its uniqueness is reflected by dynamic and powerful looks. With its long bonnet, short overhangs, the longest wheelbase in its segment, the stretched silhouette and a steeply inclined roofline, the new BMW 5 Series Touring possesses an elegance unrivalled by its competitors.

Thanks to a multi-functional interior and intelligent detail solutions, the new BMW 5 Series Touring is fully equipped to meet the most diverse demands. The luggage compartment has a capacity of 560 litres. If desired, an increase in capacity to a maximum of 1,670 litres is guaranteed by 40:20:40 split folding rear seats, which are unique in this segment. The backrest angle is variable by up to 11 degrees. The backrest can be folded down using two control levers inside the luggage compartment, the loading space cover of which is automatically lowered when the tailgate is closed. The separately opening rear window automatically swings upwards at the push of a button.

The new BMW 5 Series Touring is making its debut with a choice of two straight-six petrol engines as well as a four-cylinder and a six-cylinder diesel. The BMW 520d Touring is powered by a 135 kW/184 bhp four-cylinder turbo diesel power unit featuring an aluminium crankcase and Common Rail direct injection. It is equipped with Auto Start Stop function as a standard feature, and with an average fuel consumption of 5.2 litres/100km (54.3 mpg) and a CO2 emission level of 137 g/km in an EU test cycle, it achieves the best efficiency in its segment.

The straight-six engine with BMW TwinPower Turbo under the bonnet of the BMW 535i Touring, with High Precision Injection and VALVETRONIC, develops a power output of 225 kW/306 bhp. Maximum power output of the straight-six engine featured in the BMW 523i Touring in lean operation is 150 kW/204 bhp. The BMW 530d Touring features a straight six-cylinder diesel with a 180 kW/245 bhp output. Thanks to BMW BluePerformance technology it fulfils the EU6 emission standard. All versions of the new BMW 5 Series Touring fully comply with the EU5 requirement.