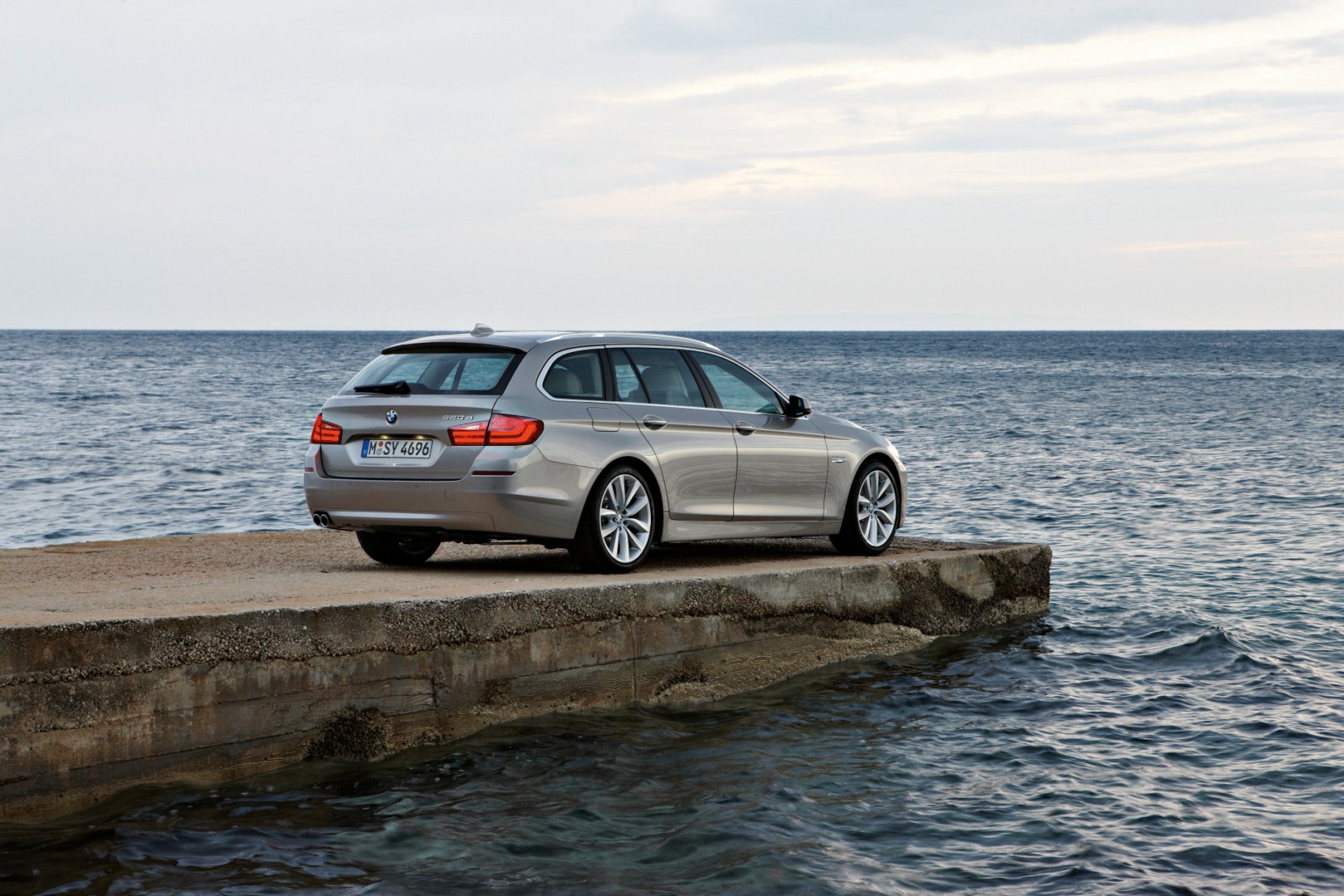 The 2011 BMW 5 Series Touring coverage continues with new videos just released by BMW. With its long bonnet, short overhangs, the longest wheelbase in its segment, the stretched silhouette and a steeply inclined roofline, the new BMW 5 Series Touring possesses an elegance that hopes to attract new customers to the brand.

In a segment where the competition comes from Audi A6 Avant and the Mercedes-Benz E-Class Estate, the new 5er Touring is characterized by its dynamics and powerful looks.

The new BMW 5 Series Touring is fully equipped to meet the most diverse demands. The luggage compartment has a capacity of 560 liters. If desired, an increase in capacity to a maximum of 1,670 litres is guaranteed by 40:20:40 split folding rear seats, which are unique in this segment. 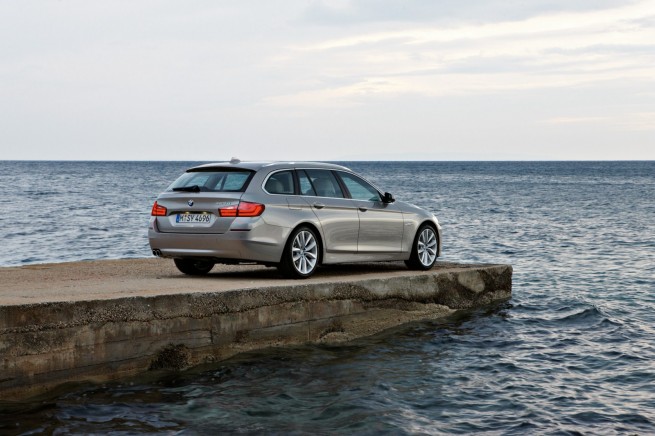 As seen in the 5 GT or 7 Series, optional Dynamic Driving Control enables drivers to set the suspension individually to their personal requirements. The new BMW 5 Series Touring features as standard pneumatic suspension on the rear axle, including automatic self-levelling. Adaptive Drive and Integral Active Steering are optionally available.

The new BMW 5 Series Touring is making its debut with a choice of two straight-six petrol engines as well as a four-cylinder and a six-cylinder diesel.

F11 BMW 5 Series Touring will be available at European dealerships in September 2010.