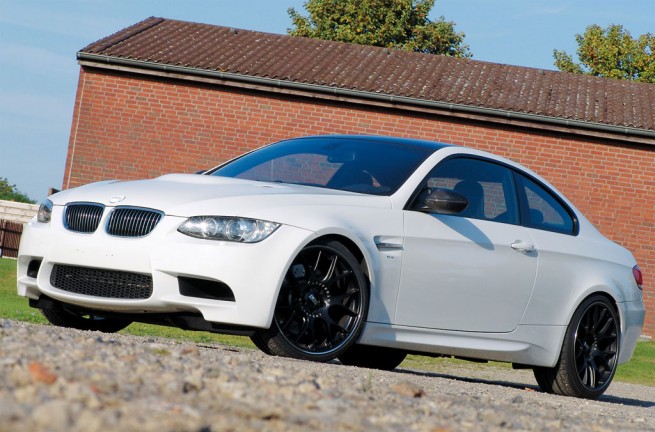 What Paul Rosche was for BMW in formula 1 in the 1980s, that’s what Günter Manhart is for the BMW tuning scene now, namely the undisputed motor pope. For decades he developed the BMW power trains for many renowned tuners, but remained completely incognito. But that has come to an end because for a few months now, Manhart is storming the tuning charts with sensational compressor and V10 reconstructions and even successfully competed in the high speed circuit at Nardo, Italy, with his M3 E91 Touring with V10 motor (an absolute unique).

For the current M3 generation Manhart offers a 3 stage power package, which strengthens the eight cylinder high speed motor to up to 655 HP. Of course with the standard 420 HP you are not exactly under-motorised, but a car fan can never have too much power.

The first power stage starts with a small compressor and a supercharging pressure of 0.35 bar, which gives you 515 HP. In stage II the supercharging pressure is increased to 0.50 bar, whereby 585 HP is straining on the rear axle. In the third and largest build-up stage a large compressor from ASA with a supercharging pressure of 0.67 bar is combined with a specially developed exhaust system with 70 millimeter pipe diameter and two 200 cell race catalytic convertors – and the whole thing is made from TITANIUM. With this, a full 655 HP are at the start which catapult the Bavarian power athlete from 0 to 100km/h in just 3.7 seconds. The top speed is just over 350km/h. 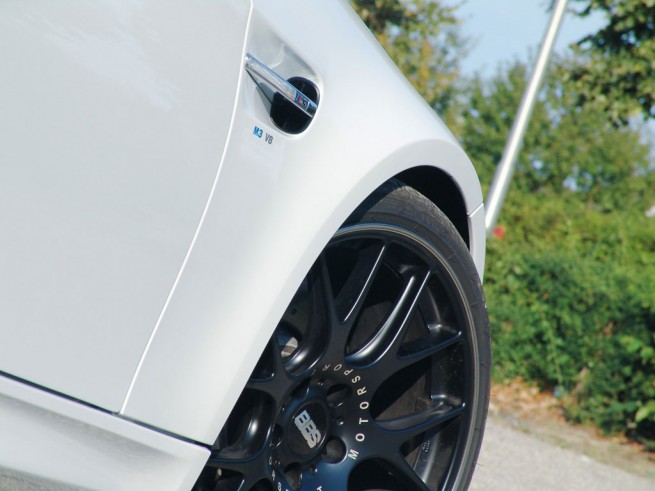 However, power alone is not everything, because so much power wants to and must be converted into propulsion. In order to do this without too much loss, Manhart Racing used a Bilstein PSS10 threaded suspension into the vehicle shown here, on the end of which turn classic BBS challenge rims in black. With 9Jx20 ET20 with 245/30ZR20 at the front and 10.5Jx20 ET20 with 295/25ZR20 continental tyres at t he rear they ensure
grandiose grip at all times. In order that this power can be kept perfectly in check, 365mm brake discs are used on the front axle with floating callipers from the BMW M5 E60 and the braking system from the M3 E92 with 345mm discs are used on the rear axle. 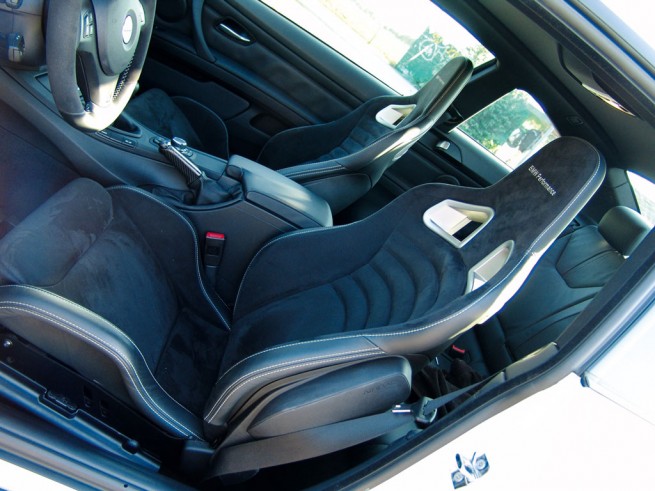 The interior is a nice mix of sportiness and luxurious ambience, thanks to full leather fittings in Alcantara/leather combination, the wonderful performance seats with seat heating and an exclusive performance steering wheel with LED display which shows temperature, transverse acceleration and ¼ mile times. And of course there is a real switch guide plate with six channels to be inserted manually, which is how racing drivers like it. 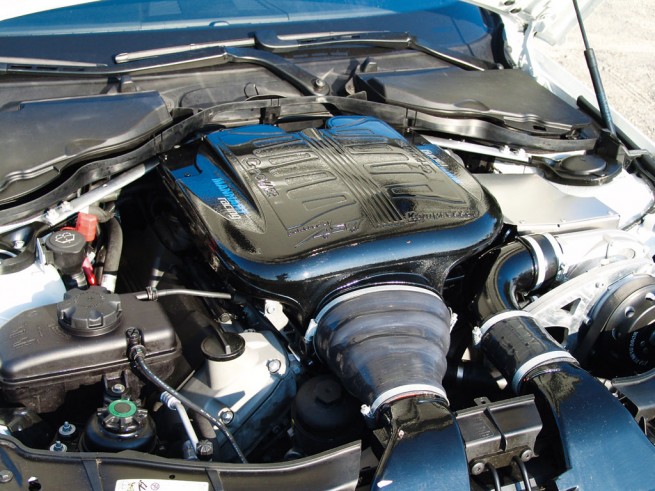 For the M3 E92 Manhart Racing also has high quality exhaust technology at hand. The in-house exhaust system from the heaers has a constant diameter of 70mm and ends with four 82mm end pieces. In the “stainless steel” version (€2,490) it produces extra power of around 18 HP and a booming sound. Even more luxurious: the “TITANIUM” version which not only generates 25 additional HP but also has a weight advantage of 50% compared to the standard technology.