Germany based LUMMA Design and russian tuner TOPCAR Moscow are working on a new model based on the BMW X6 M. Dubbed CLR X 650 M, the new LUMMA model takes the level of aggressiveness found in the X6 M to a whole new level.

The CLR X 650 M features an aggressive aero kit with new bumpers, aerodynamic side skirts, extended fender flares and a rear diffuser. The usual chrome seen on some of the BMW models is replaced with a black matte paint, including the front-grille. A massive rear spoiler comes to complete the aggressive look.

The LUMMA CLR X 650 M sits on a pair of 23-inch wheels that cover the high-performance Brembo brakes. 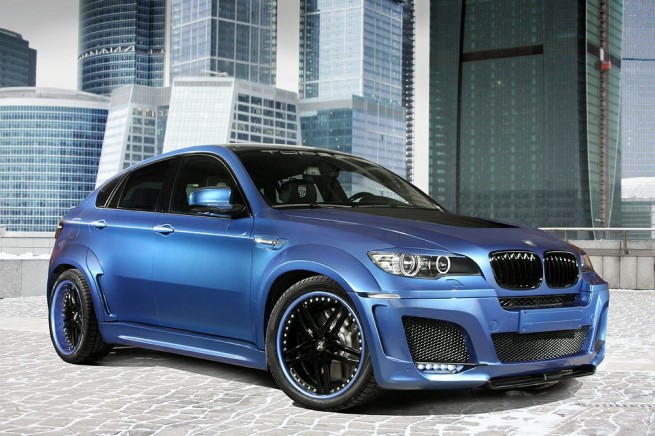 The car will be unveiled at the upcoming Geneva Motor Show.