The next generation BMW M5 is due out in 2011 and the not-yet released car is already creating huge buzz among BMW fans. But while the new M5 is rumored to bring out some amazing technology, the current E60 M5 is still here and it’s going stronger than ever.

The BMW M5 needs no introduction anymore and everyone acknowledges that the M5 has been, as Mr. Clarkson says also, “the ultimate sport saloon”….well, sedan as we call it here in the U.S. The E60 M5 is powered by the amazing and soon to be phased out, 5.0-liter V10 S85 naturally aspirated engine which produces 500 horsepower and redlines at 8250 rpm. Torque? An impressive 384 lb-ft (520Nm) at 6100 rpm. 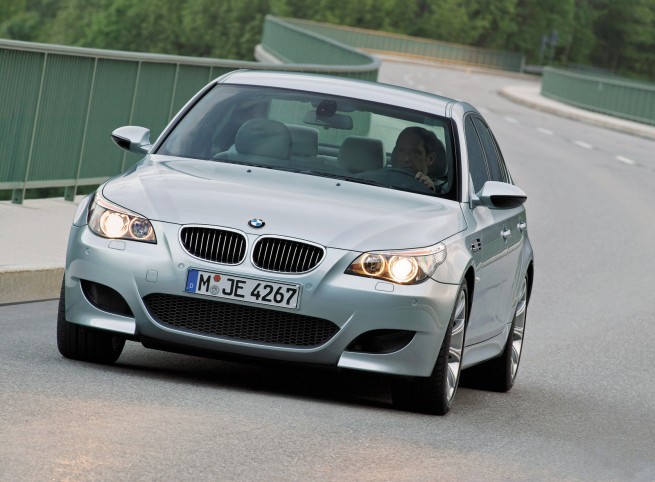 Power is transmitted to the rear wheels through an equally innovative 7-speed sequential manual gear box that uses Formula 1 technology to shift much faster than would be possible with a manual gear box. For the true enthusiasts, a manual transmission is being offered at no-cost.

Another innovative feature in the E60 M5 is the BMW M Drive system that allows the M5 owner electronically to select the level of damping desired (comfort, normal, and sport), with electronic steering assistance tied to damper setting. In addition, the system allows selection of three levels of engine power and throttle response, several shift-program settings on the SMG gearbox, and variable dynamic stability control settings.

Some of these features and even more, will continue to be offered in the F10 M5.

While we’re not ready to retire the current M5 yet, we’re still fans of the several tribute articles we’ve seen lately, including the video above published by Motor Trend.