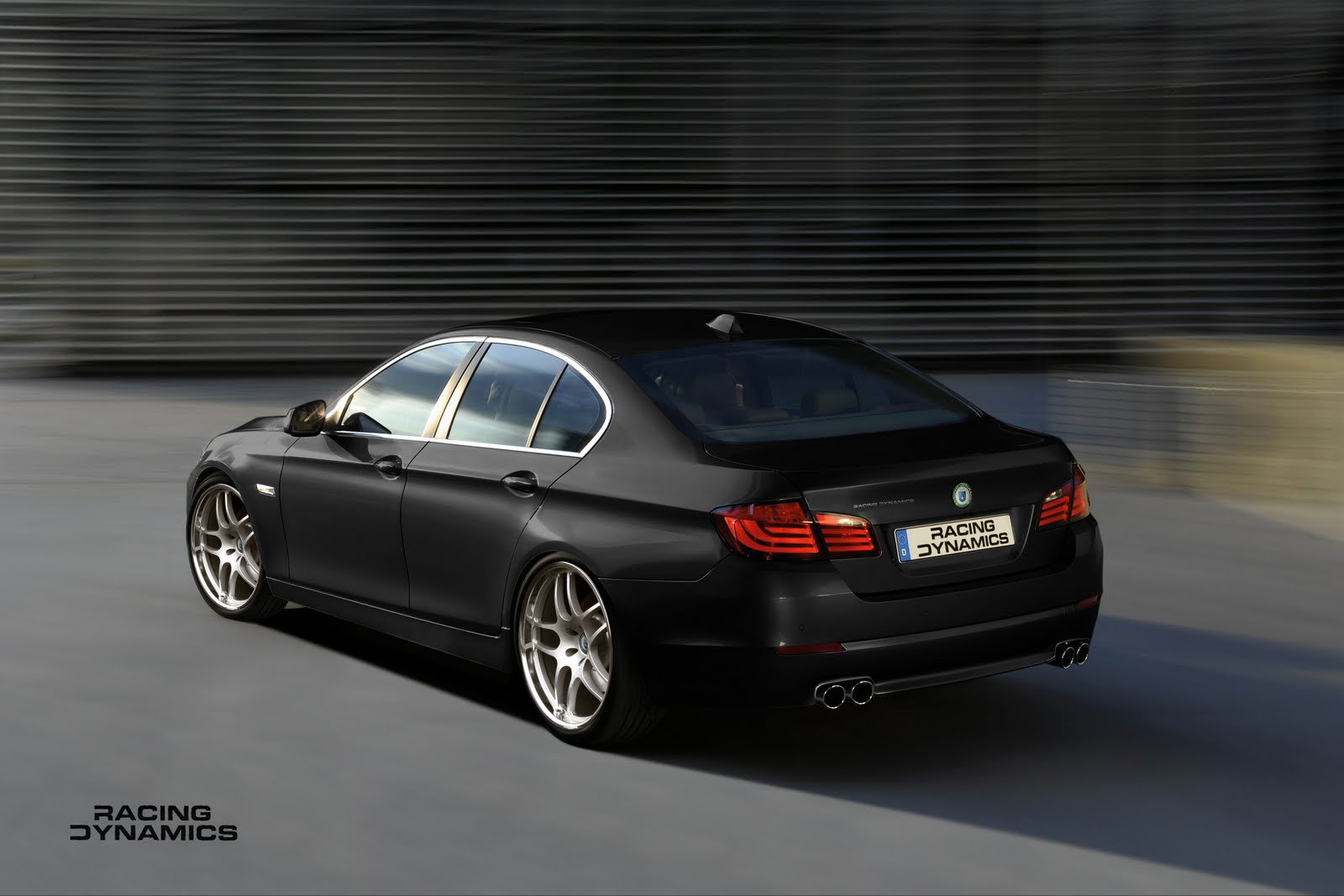 Although the new BMW 5 Series is not yet available at dealerships across the world, several tuning companies already began to focus their efforts on improving the next generation 5 Series due out next spring. Aachen based and respectable tuner, Racing Dynamics, announces their program for the F10 5er, including both visual and technical improvements.

Their first focus will be on adding extra power to the the already powerful 550i. Powered by the V8 twin-turbo engine, the 550i normally outputs 407 horsepower, but Racing Dynamics plans to take their 550i R50S model to an incredible 620 horsepower. Along with the substantial power increase, a new rear-locking differential, sport suspension and high performance braking system is being offered as well.

The BMW 535i is not being forgotten and dubbed R35 featuring the new N55 single-turbo twin-scroller engine, will receive an extra boost to produce 410 horsepower, up from its 306 horsepower in standard form. The maximum torque is increased to a remarkable 530Nm (383.5 lb-ft) and the 0 to 62 mph is now achieved in 5.3 seconds, seven tenths faster than the the regular model. 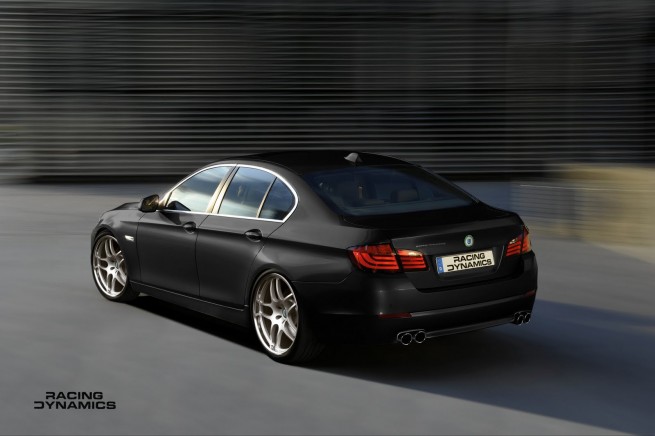 To adjust the acoustics to the increased potency of R50S and R35, there is also a special exhaust system installed by Racing Dynamics that has been optimized with the help of expensive tests. The result? A much sportier sound, but not intrusive.

The aforementioned locking differential provides increased traction with a variable blocking effect from 0 to 80 percent.

The extensively revised suspension system includes two gas struts for the front axle and a pair of gas-pressurized shock absorbers for the rear. In the development process, great importance was attached to obtain in addition to high driving dynamics and comfort at an acceptable balance. The complete system ensures that the sedan sits 35 millimeters closer to road.

In addition to the driving dynamics, a great emphasis was placed on improving the braking performance – understandable at a top speed of 340 km / h for the R50S. The brake system is designed to provide fading delay and high reliability even at red-hot brake discs and brake temperature of 800 degrees Celsius. Specific weight-slotted brake discs with four-or six-piston calipers are combined.

Another highlight of the Racing Dynamics models are the lightweight 21″ one-piece forged wheels.

The interior design has not been forgotten and the Aachen tuner adds a variety of carbon fiber pieces in different colors, along with higher quality wood.

To get a taste of what’s to come, Racing Dynamics teases us with the above photo, but we’re hoping to see more in the upcoming weeks.