BMW of North America announced today that it has signed Bill Auberlen, Joey Hand, Tommy Milner and Dirk Müller to drive for the BMW Rahal Letterman Racing Team in the 2010 American Le Mans Series. This will be the second season of competition for the Hilliard, Ohio-based team. 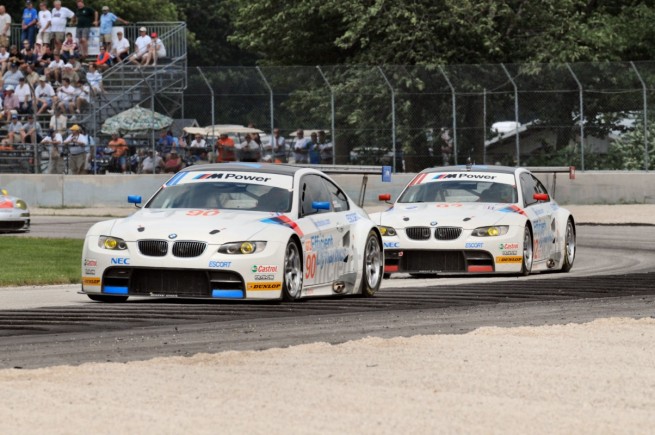 In 2010, BMW of North America will celebrate the 35th anniversary of the company’s March 1975 incorporation, as well as its first major sports car racing victory, the 12 Hours of Sebring, also in March of 1975.

“2009 was the inaugural season for this new M3 racing car and we needed to prove our competitiveness,” said Martin Birkmann, Motorsport Manager, BMW of North America. “Looking back this can be seen as accomplished. Looking forward, becoming better yet is a target. Using the well oiled machine of cars, drivers and team who all have developed tremendously over the past season is the best way to further raise the bar. And, if ‘09 is an indication then our fans should be ready for a great show delivered by the team, these four men, and the two cars.”

“Simultaneously developing a new race car and a new team is always particularly challenging to the drivers involved, but last year Bill, Joey, Tommy, and Dirk made things go much more smoothly than we had hoped,” said Bobby Rahal, Team Principal, Rahal Letterman Racing. “Continuity is a key component in building a championship race team, and we couldn’t be happier to see that all four of these talented drivers will be returning with us for 2010.”

The first official test of the 2010 American Le Mans Series will be held at Sebring International Raceway on February 22 – 23, four weeks before the season-opening race, the 12 Hours of Sebring on March 20th.