The month of August has been the most intense period on the 2009 American Le Mans Series calendar. The rush of events at Mid-Ohio, Road America and now Mosport provide race fans with nearly uninterrupted action. The BMW Rahal Letterman Racing Team heads to Canada and Mosport International Raceway fresh from its first GT2 win on August 16 at Road America, where the No. 90 M3 of Joey Hand and Bill Auberlen led a one-two class sweep for the team in only the seventh race of its inaugural season.

With three high-profile events remaining in the season, the team has had no time for rest. Mosport is known as the fastest track in the history of the American Le Mans Series. The circuit’s high-speed corners and elevation changes require complete preparation and focus by the crew and drivers.

The two-hour-and-forty-five-minute race will also provide an excellent opportunity to fine tune for the equally demanding Road Atlanta and the grueling ten-hour Petit Le Mans on September 26. 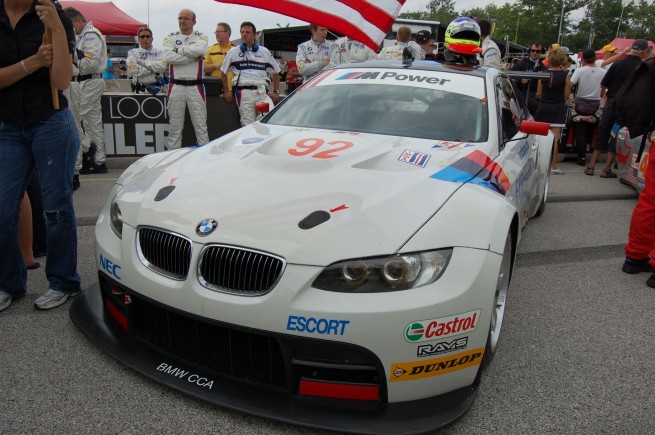 “Going into the season we had hoped to become quickly competitive, but our opponents continue to raise the bar week after week,” said Martin Birkmann, BMW of North America Motorsport Manager. “The win is a result of all parties growing together more closely and a desire for victory. Nonetheless – it is a huge relief. The confidence that we can challenge the best teams will allow us now to continue to push hard for the remaining three events. There are still a lot of points to go around, and we would like to collect many of them.”

“The win at Road America marks the point where we hit our stride as a new team this season,” said Bobby Rahal. “At Mosport, you must be sharp and focused to win, so I believe this is the perfect time for our team’s first attempt at the track.”

The Mobil 1 Grand Prix of Mosport is scheduled to start at 3:00 p.m. ET Sunday, Aug. 30 and will be broadcast live on SPEED television.