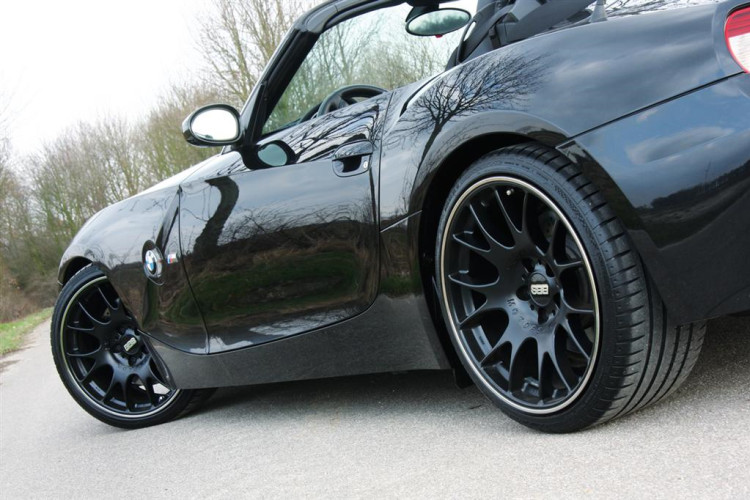 The previous generation BMW Z4 is still a head-turner. The E85 platform has been and still is considered by BMW enthusiasts one of the most fun rides to own. While the discussion focus has been lately on the new, redesigned E89 Z4 Roadster, there are bimmer fans out there craving for an older Z4.

Manhart Racing, a German company known for “pumping up” the power in cars by replacing the original engine with a more powerful one, decided to give a present to the Z4 fans. Taking a stock Z4, Manhart managed to turn it into a powerful Z4 M featuring a V10 powerplant. 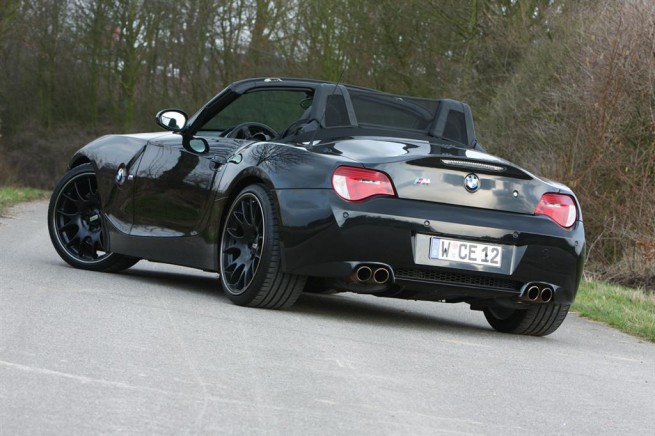 More information in the press release below

The M version of the BMW Z4 is famously known by nature for being anything but underpowered, since the chassis of the sports convertible already has a heck of a lot of work with the 343 HP and the forward thrust in the lower gears could last forever.

As is generally known however, the sport oriented motorist can never have enough power at his command. Sufficient cause for Günther Manhart, who by now has over 25 years experience in rebuilding BMW engines – a first for Europe – to transplant a brand new, much stronger heart into the Z4. The transplantation of the ten cylinder engine from the current M5 generation into the narrow engine bay of the roadster was anything but a walk in the park and it earned the Manhart Racing engineers quite a few grey hairs. Nevertheless: everything fitted in the end and now the fire of a 5.0 litre V10 engine with an impressive output of 550 HP blazes above the front axle of the Z4. A catalytic converter, a modified DME electronic control unit and the removal of the factory-set V-Max restriction up to 250 km/h are part of the rebuild. Consistent to the M5 V10 engine Manhart Racing has treated the Z4 to an original M5 E60 6 gear manual transmission which includes a Fichtel & Sachs clutch and a M5 E60 differential. An AC Schnitzer stainless steel exhaust system with four muffler tips which was fitted with HJS racing catalytic converters caters for a perfect V10 sound at the rear.

Conclusion: 550 HP ten cylinders, an acceleration from 0 to 100 km/h in 3.9 seconds, kerb weight 1450kg, 2.6kg per HP… who could guess that these impressive figures belong to a Z4? Hardly anyone, however Manhart Racing turns dreams into reality and does this with 25 years experience.