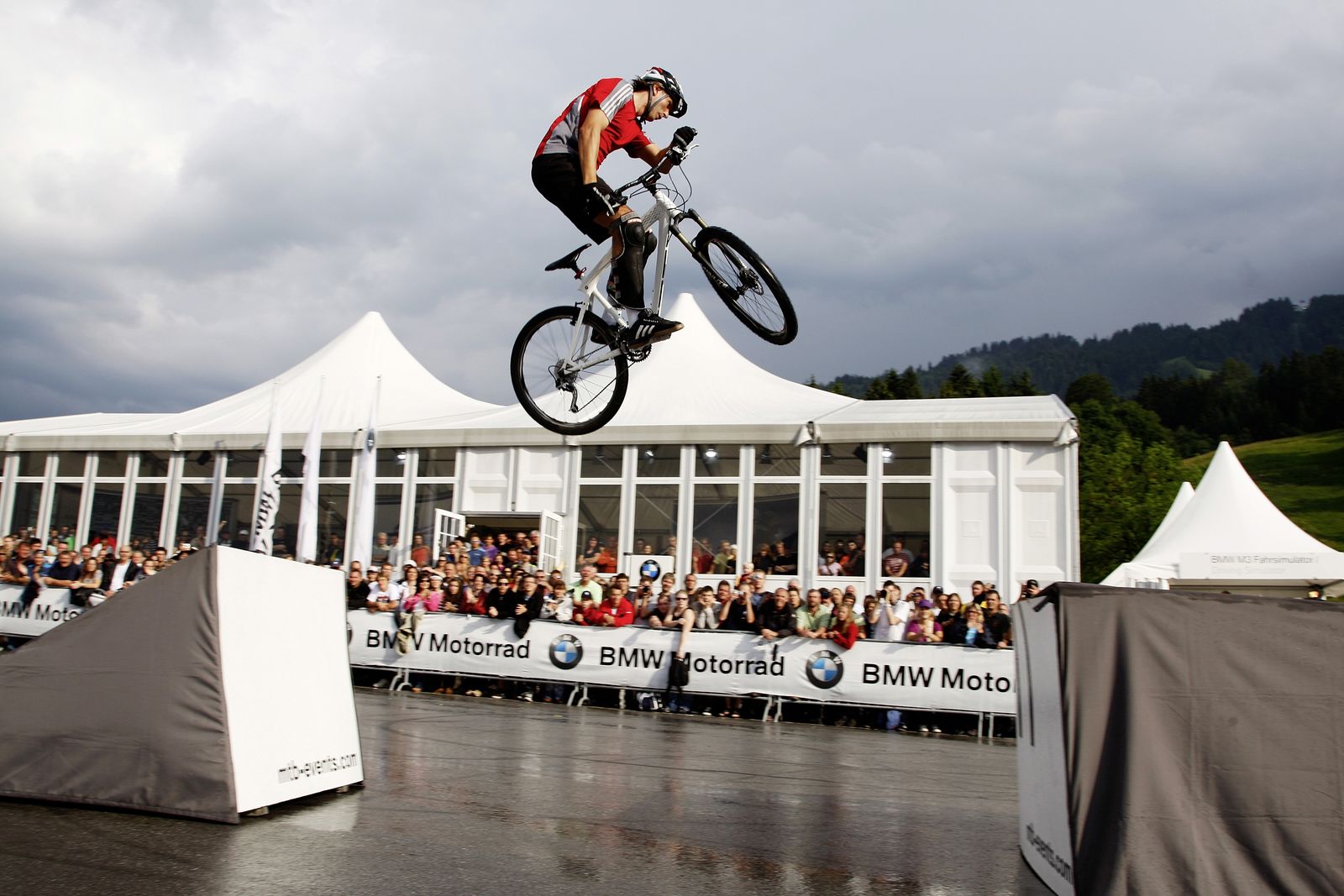 One of our resolution for this year was to start writing more articles on BMW’s Motorrad Division, a subject that has been requested by many of you. While we’re still looking for the best and highly passionate BMW Motorrad contributor, we are going to keep you updates as they come to us.

Every year, at Garmisch-Partenkirchen, Germany, takes place a three-day event that reunites over 30,000 people in this mecca of BMW motorcycle fans. BMW Motorrad Division just issued a press release and photos that explain even better what goes on at this yearly special event. 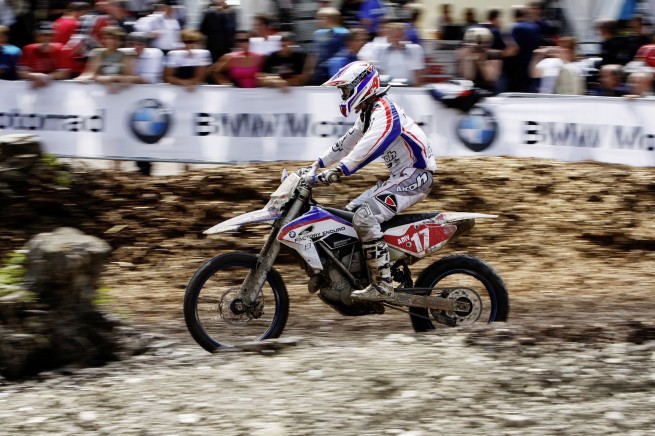 And there were indeed over 30,000 visitors, fans and riders of the brand BMW Motorrad in attendance from over 30 countries who had found their way to the picturesque holiday resort at the foot of the Hausberg mountain for the world’s biggest BMW Motorrad party, enjoying a lively program which reflected all aspects of the BMW Motorrad world – first in rather unsettled weather but subsequently in summer style. A group of eight persons from Peking had travelled furthest to get to the event.

The central focus of interest was the Team BMW Motorrad Motorsport which has been participating in the Superbike World Championship with the racing version of the BMW S 1000 RR since the beginning of this season. The team under Berthold Hauser, Head of BMW Motorrad Motorsport, with the two factory riders Troy Corser (Australia) and Ruben Xaus (Spain), was introduced to motorcycle fans not only on the stage of the main tent – which was packed full to the last seat – but also at autograph sessions and close-up photo shoots. The riders also presented the serial production version of the BMW S 1000 RR to the public at large in the Freestyle Area of the BMW Motorrad Days – where Indoor Streetbike Freestyle World Champion Chris Pfeiffer otherwise kept his audience on tenterhooks.

With breath-taking stunts, the world’s leading motorcycling acrobat with his BMW F 800 R showed that even the impossible can apparently be performed on a standard motorcycle. The four-times World and European Stunt Riding Champion and four-times winner of the Erzberg Rodeo fascinated visitors with the same spectacular trick combinations which enabled him to outshine all his competitors and win the Indoor Streetbike Freestyle World Championship for the third time in succession.

No less fascinating were the action performances of the two mountain bikers Igor Obu and Andreas Schuster. Obu hit the headlines about ten years ago when he raced down the Olympic ski jump in Garmisch-Partenkirchen on his mountain bike at a speed of 112 km/h, landing after 42.11 metres. At the BMW Motorrad Days, Schuster took fans’ breath away with a jump from ramp to ramp over seven metres.

Anyone who wanted to venture off-road themselves had the option of the 10,000 m² Enduro Park complete with BMW GS models and Husqvarna motorcycles, where five experienced instructors provided free training courses throughout the entire weekend.

Those who prefer to ride on asphalt also had plenty of opportunity to enjoy themselves at the BMW Motorrad Days 2009. In addition to test rides on current models from the BMW Motorrad range through the magnificent landscape around Garmisch-Partenkirchen, the traditional motorcycle parade also took place this year on the Saturday, at least four kilometres long and running a distance of over 95 kilometres, as well as the classic parade on Sunday which ran a 25–kilometre circuit starting and finishing at Hausbergplatz and featuring some 80 historic BMW motorcycles. There were also special ladies’ tours on BMW motorcycles on offer for women riders.

For anyone who wanted to temporarily swap two wheels for four, there was the BMW xDrive circuit where visitors had the opportunity – under the safe supervision of professionals – to experience extreme side tilt, offset elevations and steep hill climbs and descents in the BMW models X3, X5 and X6.

The two motorcycle adventurers Michael Martin and Doris Wiedemann provided exciting entertainment, too. Martin gave insights into his latest project “Planet Desert” and Wiedemann talked about how she travelled in February 2009 on her BMW F 800 GS from the southernmost point of the USA in Key West, Florida, to the icy Prudhoe Bay on the Artic Ocean.

The great party atmosphere was mainly provided by the guests themselves, though of course supported by an extremely well-disposed presenter Jan Stecker and a wide range of live music acts. In the main tent the well-known party band “Blechblos’n” got guests going on Friday evening, as did the formation “Gary and Gerry and the used underwear” on Saturday evening. The US Lodge rocked with the Austrian party band “Dreirad” and “Switha’s Band” provided some excellent alternative rock from Portugal. More tranquil tones were to be heard from “Byron” with his acoustic guitar at the camp fire. Last but not least, DJ Moorat burned up the turntables and Gitty Fisher lent her powerful voice to unplugged performances for fans of country and rock’n roll music on both evenings. A big draw was held on Friday and on Saturday evening, when a BMW F 800 R and a BMW F 800 GS respectively found thrilled new owners.

Purely logistically the BMW Motorrad Days 2009 turned out to be a spectacular event, too. Over 700 people were and are still involved in the three-week preparations and implementation and the two-week dismantling process. In addition to rooms booked by long-standing regular guests in and around Garmisch-Partenkirchen, some 1,420 additional accommodation places were secured, with 1,400 tents in the Camping Area immediately adjacent to the event grounds providing yet more sleeping facilities. A total of more than 1,500 tons of material such as sand, tree trunks, concrete and stones were moved to create the x-track: the amount of sand alone was the same as the entire yearly requirement of Garmisch-Partenkirchen.

Fans and friends of the brand BMW purchased some 6,500 BMW Motorrad Days 2009 T-Shirts and 2,250 matching caps, as well as receiving the “BMW Motorrad Insider News” each day free of charge for information on the program, activities and weather situation. 5,000 copies of this newspaper were handed out on each of the three days. Over 1,000 Riders’ Passes were sold to allow visitors to make use of the numerous transport options.

1st Mayor Thomas Schmid was once again pleased at the solid and long-standing collaboration between the town and BMW Motorrad and hoped it would continue for many years to come. In this connection, Schmid mentioned not only the planned 2011 World Alpine Skiing Championship but also Garmisch-Partenkirchen’s application to host the Olympic Games in 2018. “BMW is a partner of the application company – so the bond is getting closer,” he commented. The success story of BMW Motorrad and Garmisch-Partenkirchen goes from strength to strength. 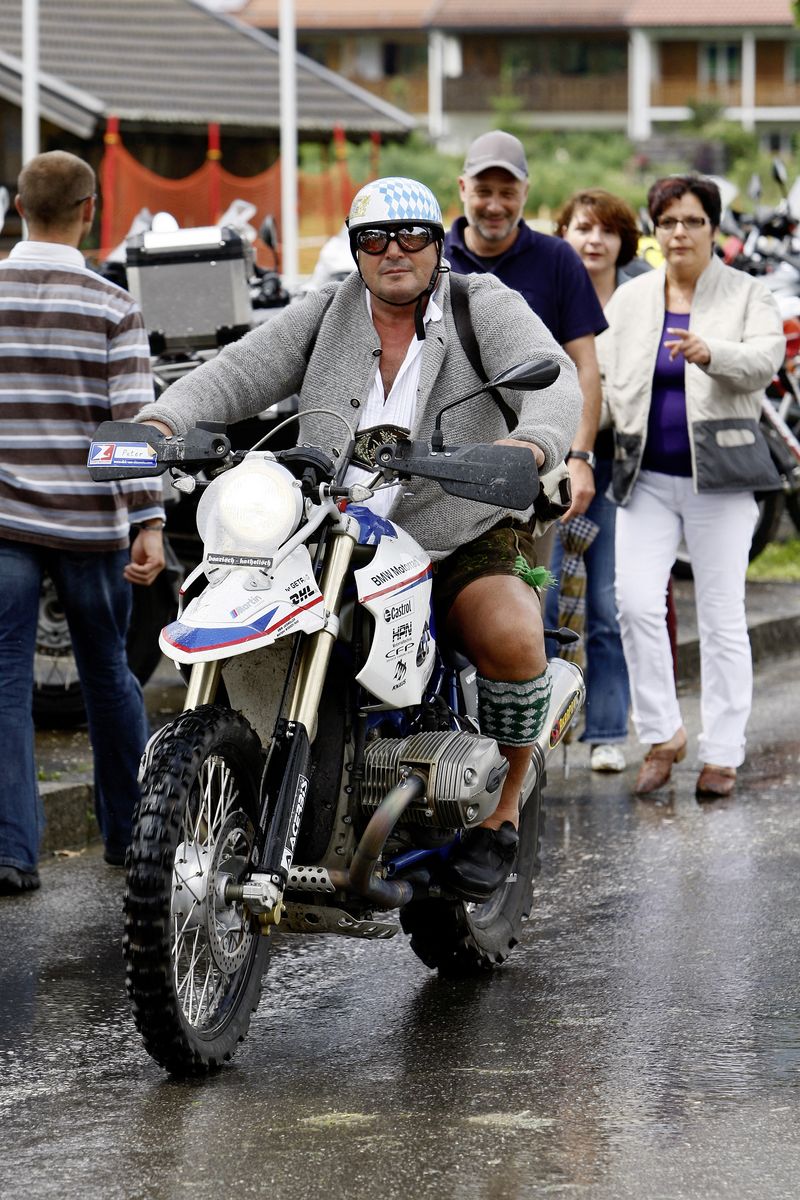 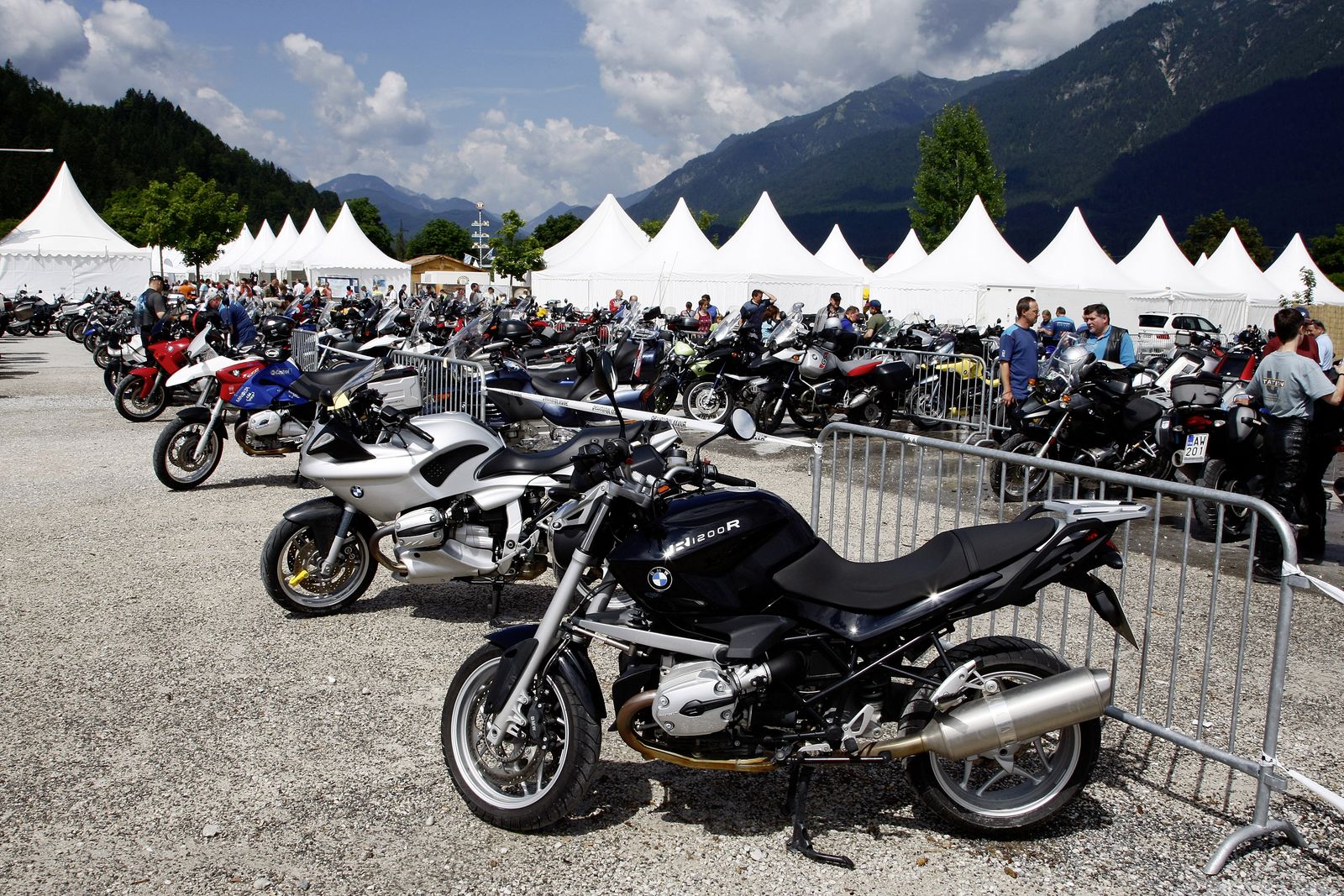 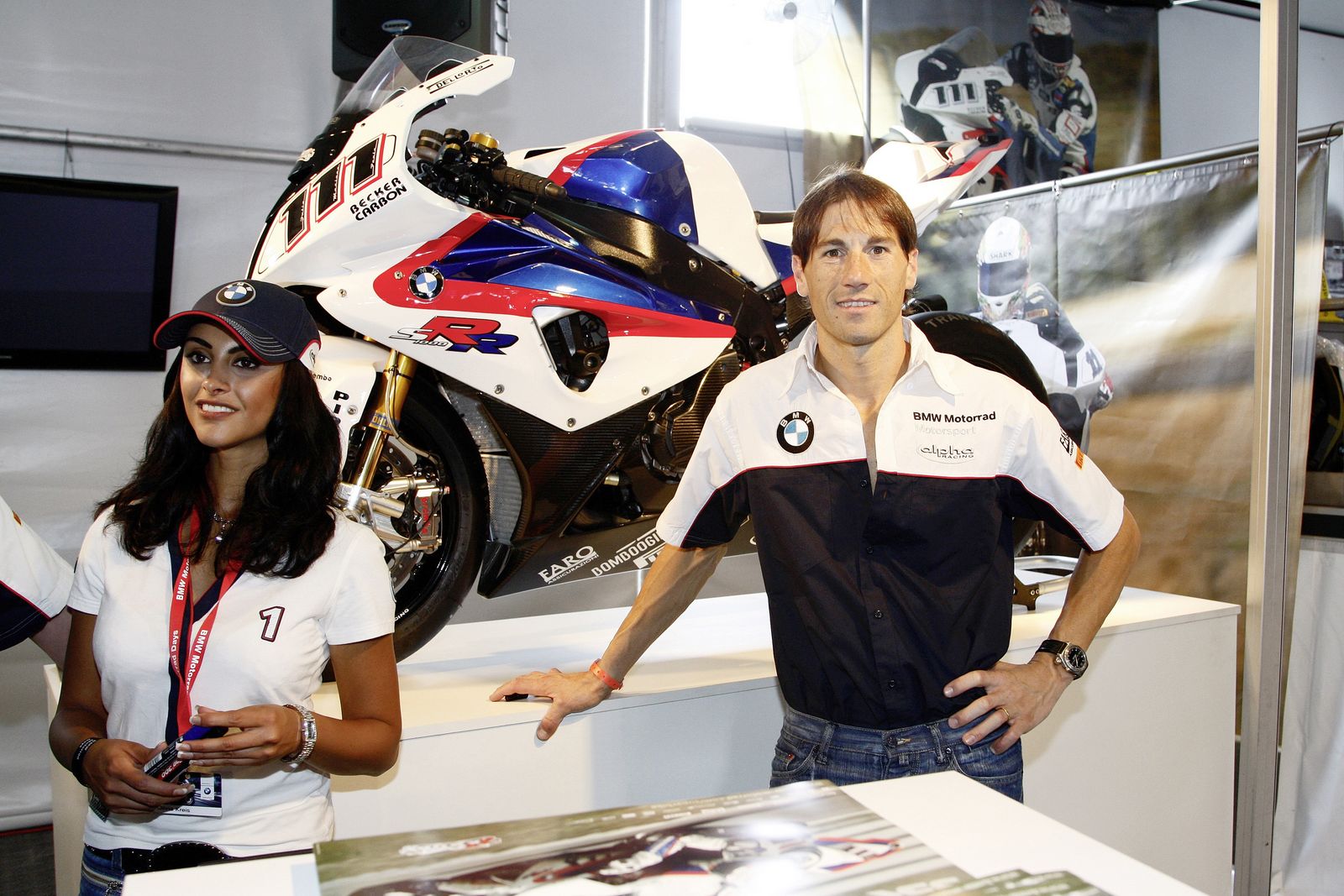 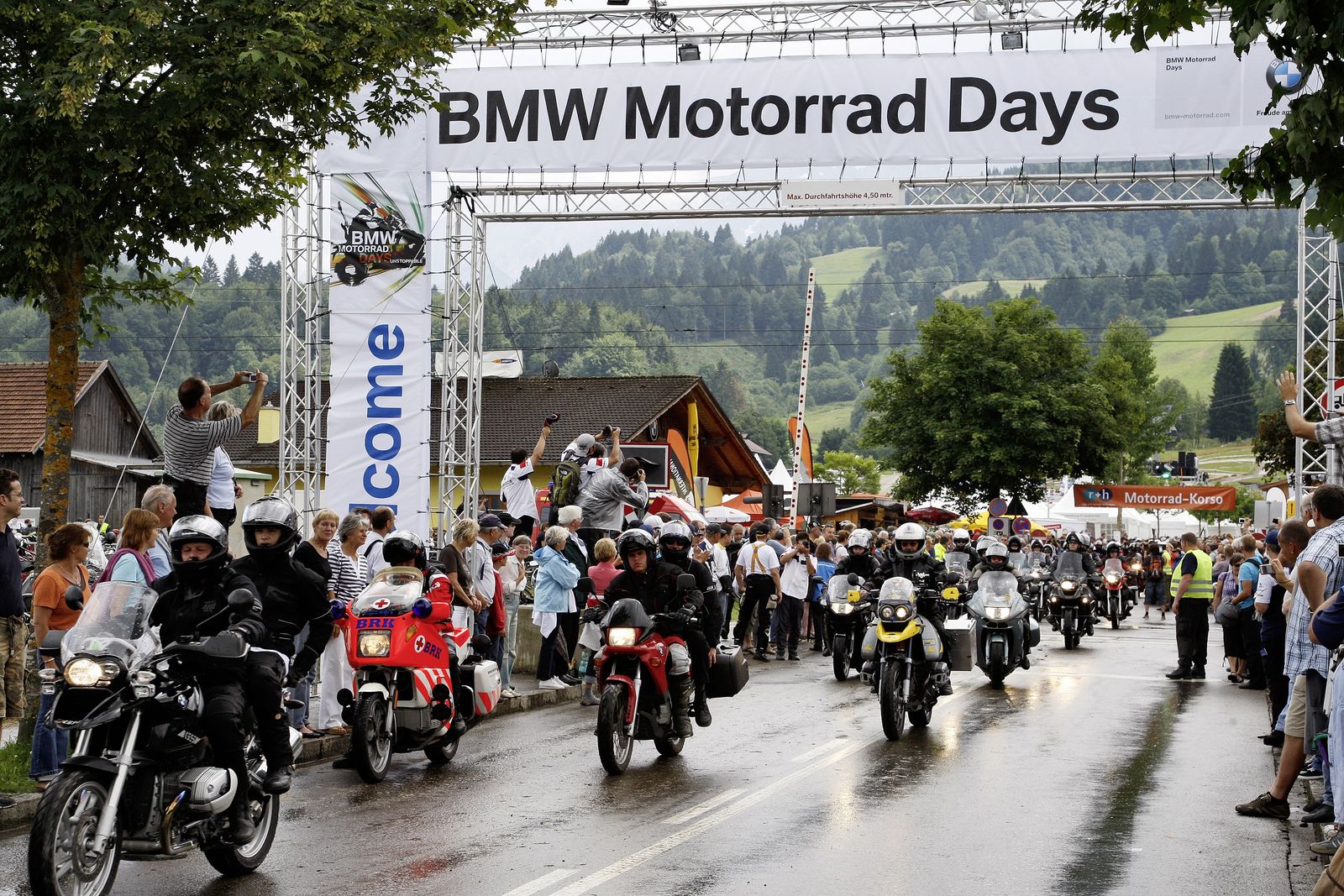 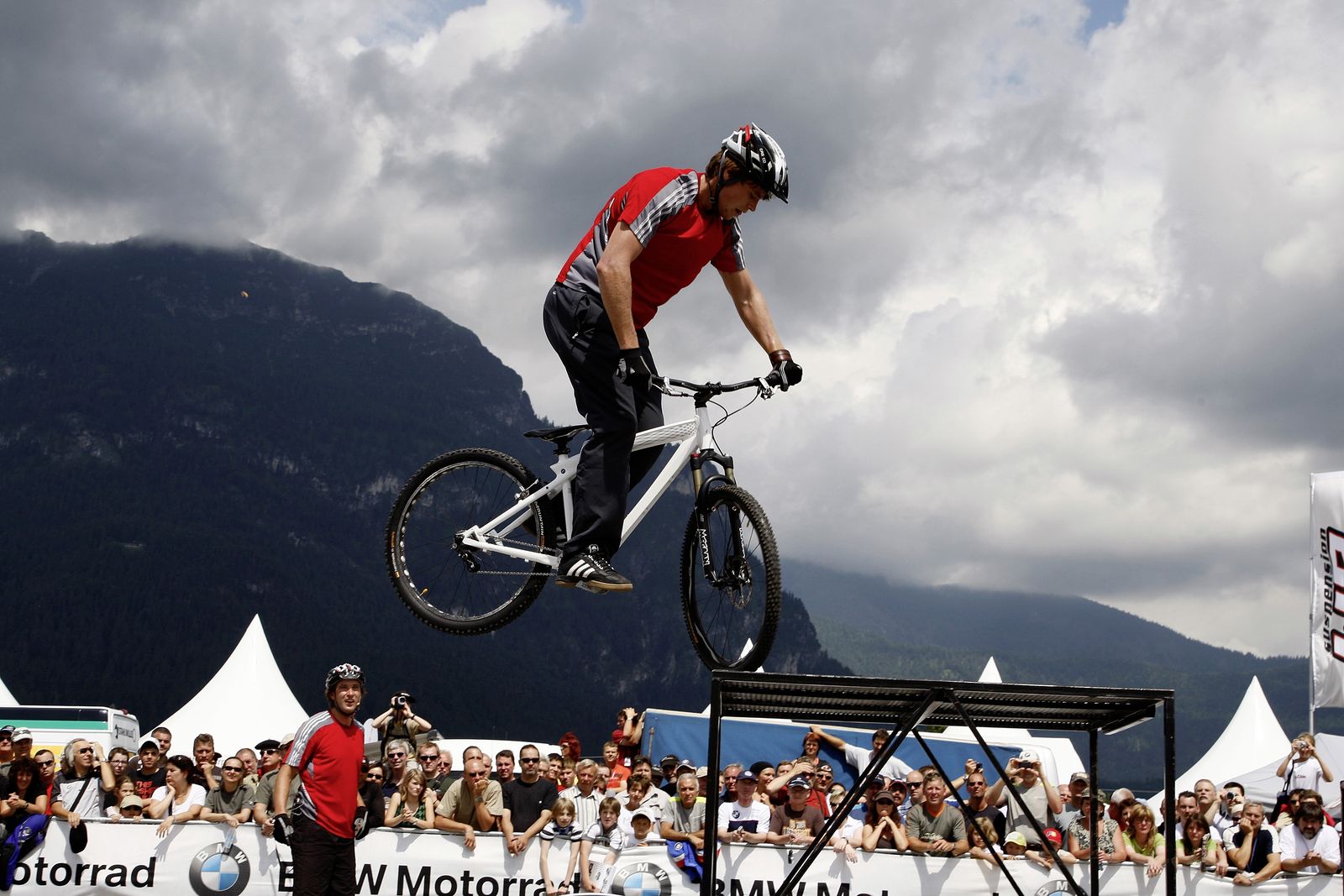 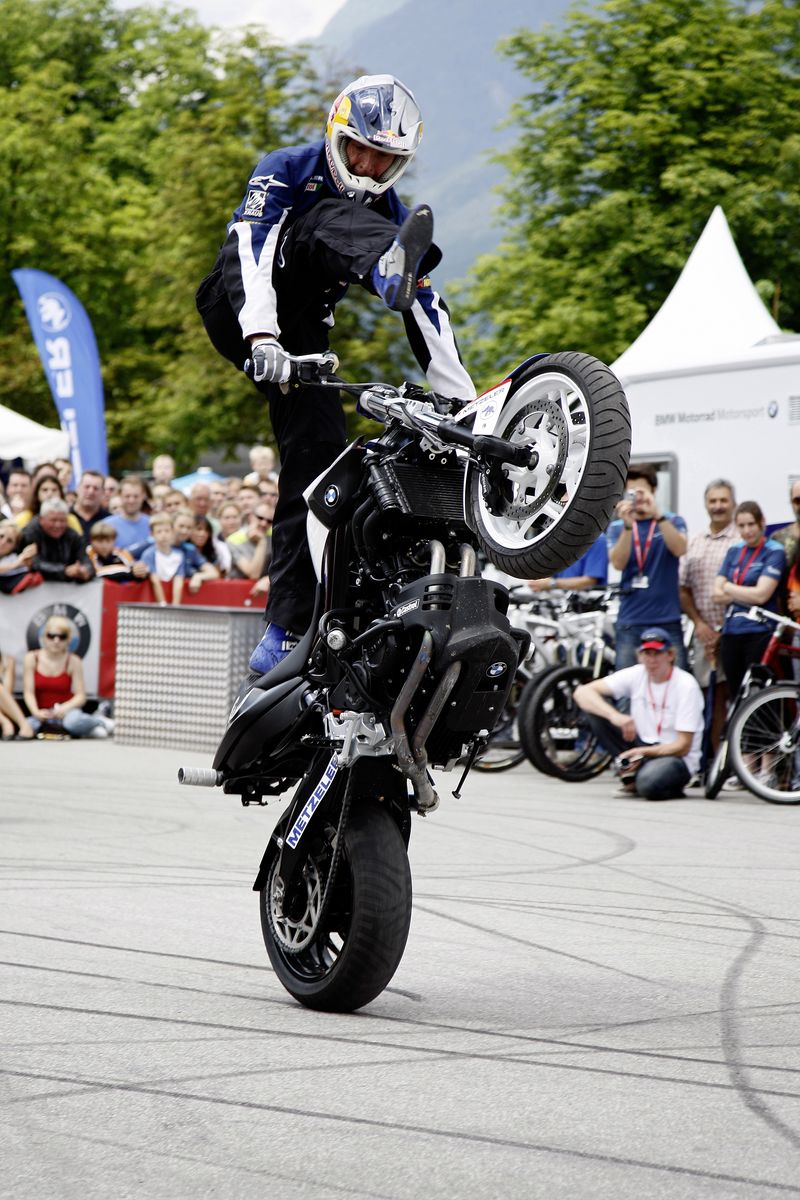 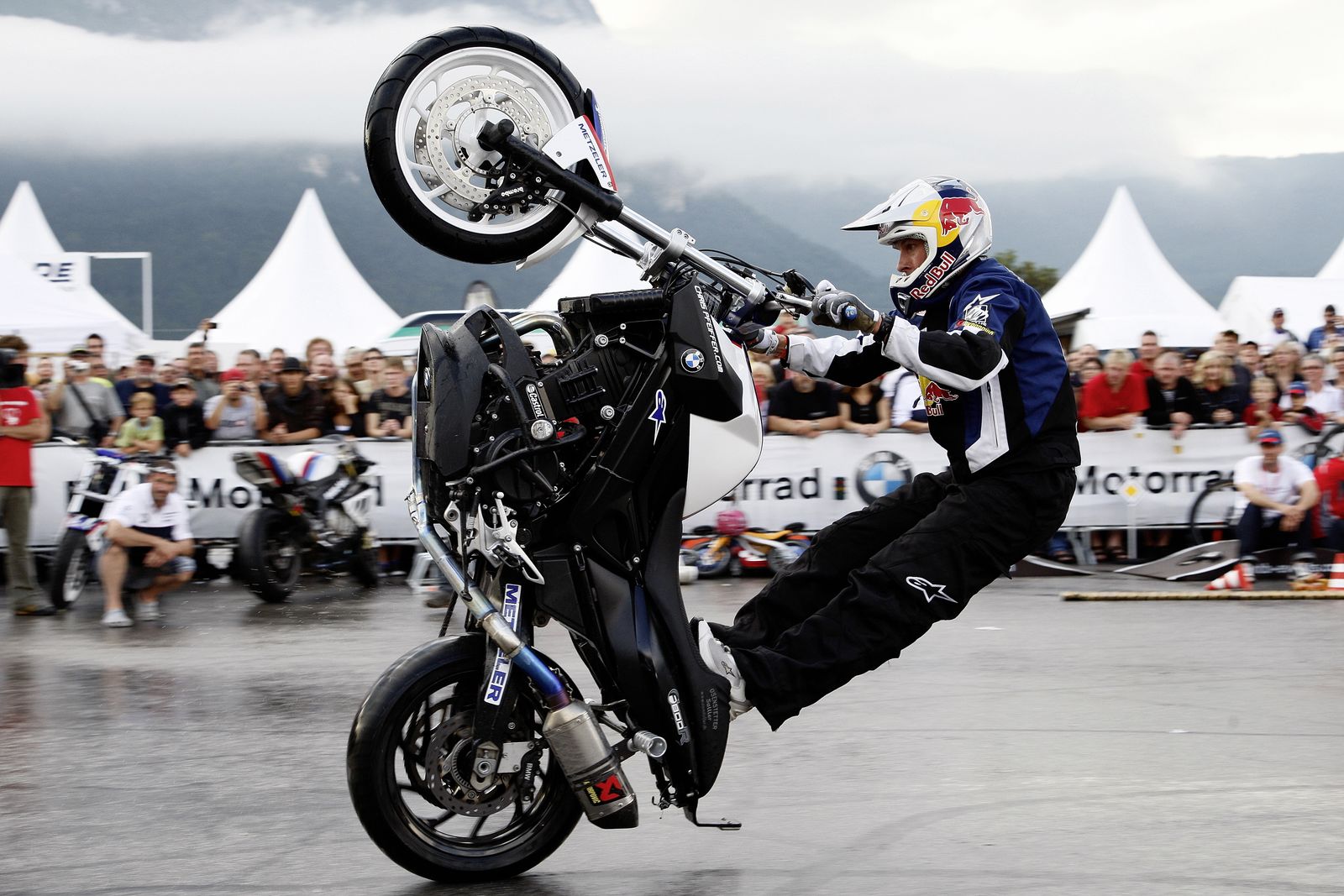 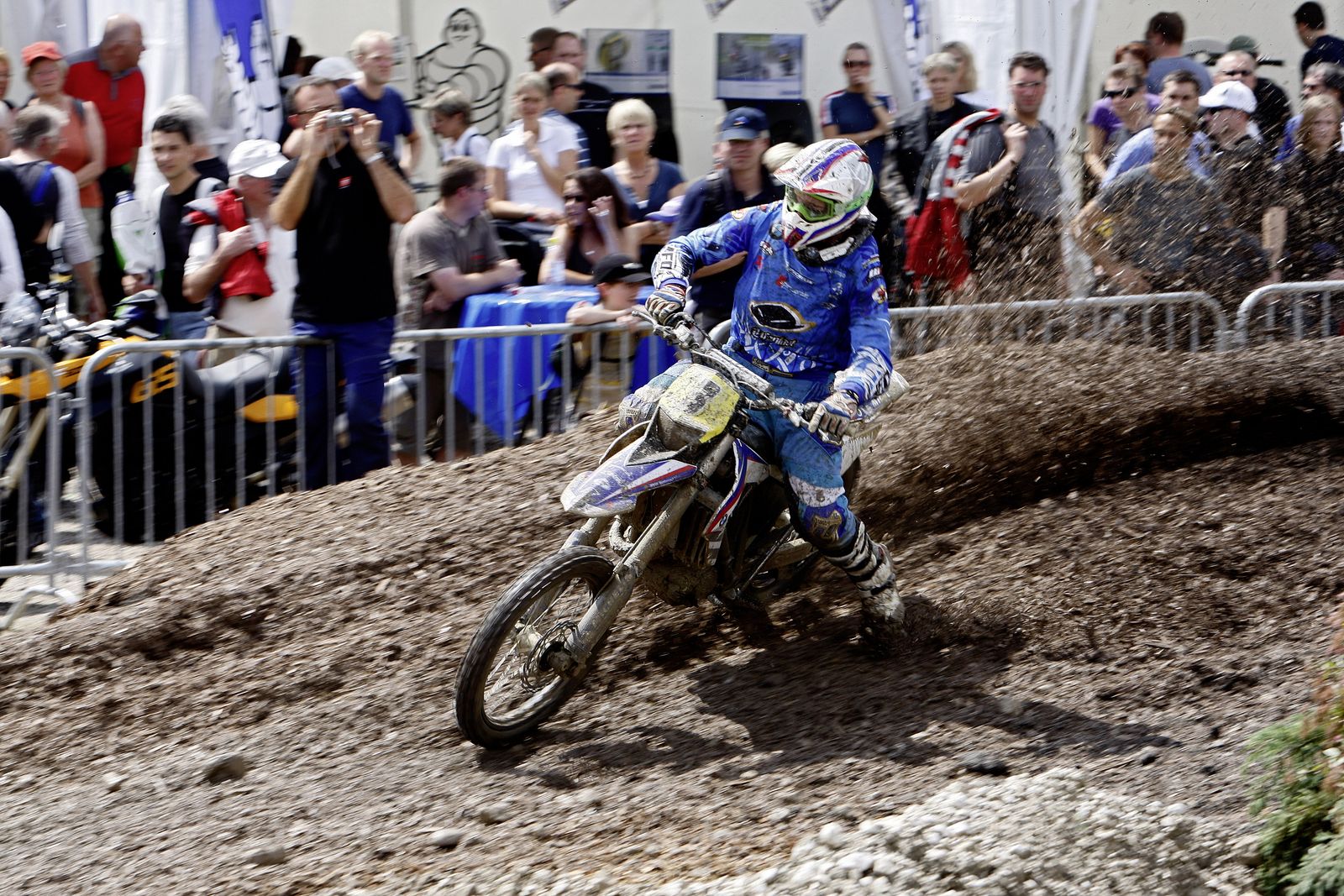 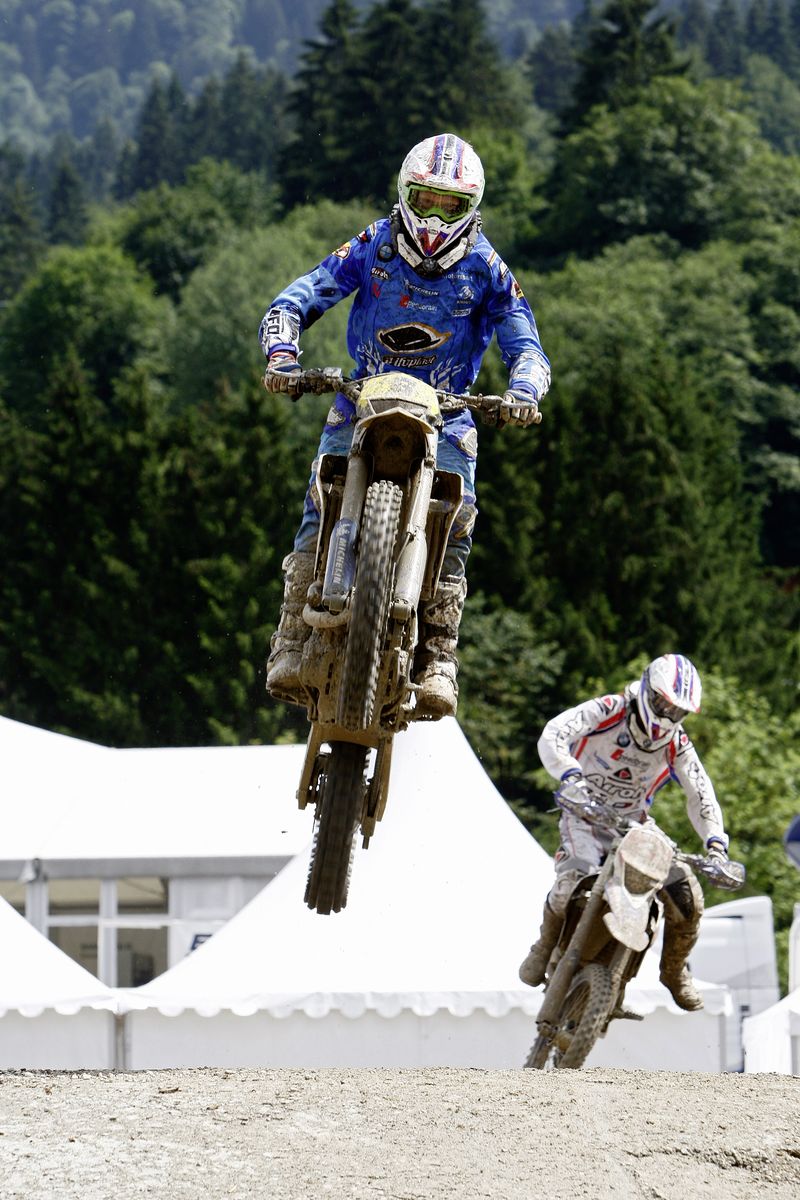