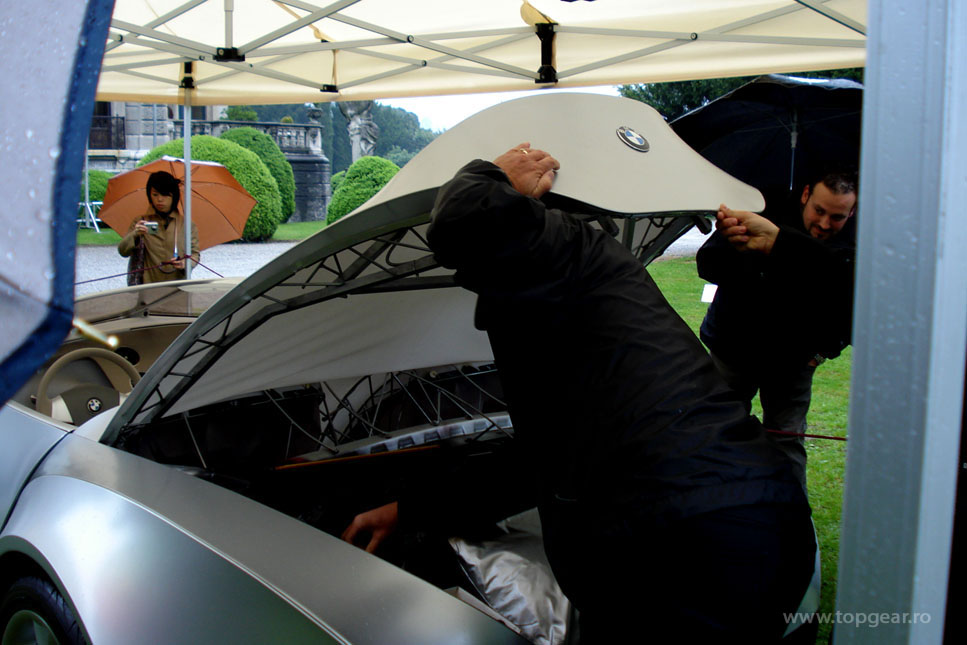 We should all agree on one thing from the beginning: we have all fantasized over the beautiful GINA LightVision Concept, am I right? Even if you said NO, down deep in your heart you still love the GINA, one of the most intriguing and exciting concepts designed by BMW.

We had the first chance to see GINA last year when it was unveiled to the public and also learned more about it directly from the BMW Ex-Chief of Design, Chris Bangle, the mastermind behind the concept and a huge advocate of the possibilities that GINA brings.

Some other photos followed shortly and then things became more interesting. We have learned again from Chris Bangle about utilizing the GINA technology in developing low-cost housing solutions, but even more intriguing,we found out that certain design elements and ideas from the GINA Concept have been applied to the upcoming BMW Z Vision Concept which will be revealed in Frankfurt this fall.

But what we really haven’t seen so far are some photos of the same beautiful GINA showing us its trunk….As far as we know, there are no photos out there that reveal the inside of the trunk, so with the help of our friend Costin at TopGear, we can satisfy your curiosity. The photos were taken at the Concorso d’Eleganza Villa d’Este 2009.

Was it everything you expected? :)

[Source: TopGear ]
bmw ginagina housingGINA LightVision Concept
Previous post What if the 2011 BMW 6 Series will look like this?
Next post The Top Seven Types of Car Guys