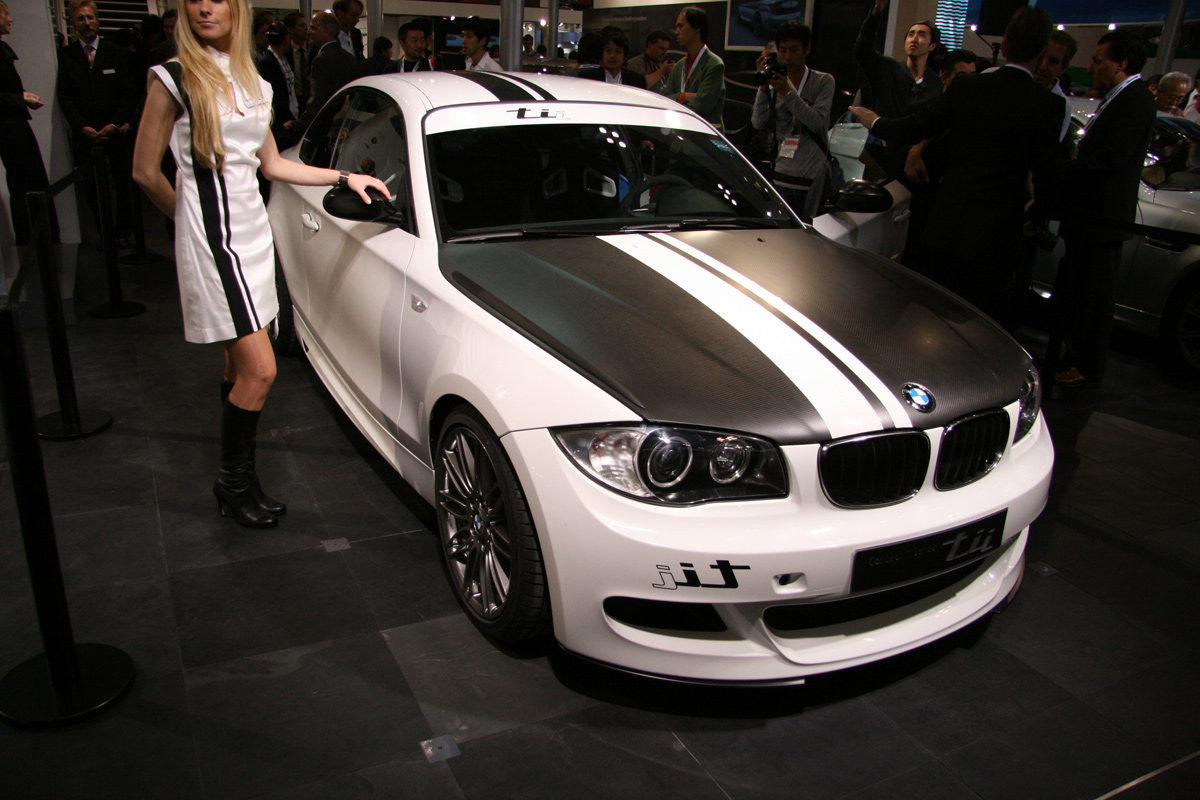 The latest and greatest from BMW: an M1 will not make it to production, BUT  a “SuperSports” model based on the BMW 1 Series Coupe will be launched in 2010. The 135i will be a specific performance addition resulting in the use of lightweight materials, such as a Carbon Fibre Roof and bootlid , loss of certain cabin comforts , upgraded suspension and brakes , lightweight glass , all the creative and performance comforts created for the M variant, but not under full MotorSport badging.

This information comes from someone close to BMW and it was posted originally on Germancarzone. As we mentioned a year ago, eventually there WILL be a four cylinder turbo-engine powering the 1 Series models.

With the release or the BMW 1er Coupe and the storming top end model the 135i a model that begs the question , what happens next?
With it’s past BMW history design evoking the 2002 and the E21 and E30 3er models surely there is more to be seen.

Although the premiere of the BMW 1er tii at Tokyo in October 2007 brought the question to the forefront again , although the tii was a preview of an upcoming BMW Performance Package specifically for the 1er Coupe.

How can the 135i be improved? With the original decision, there were plans to move forward with an M1 – History aside regarding the original BMW M1 Supercar, but the name M1 was destined to be reinvented to the new M model of the 1er Coupe.

The 6 cylinder engine originally from the E46 M3 and the upgraded engine for the E46 M3 CSL were both improved, tested and evaluated for use in the top of the line M1. Sadly re-engineering the old block with magnesium to reduce weight and provide the 1 Series Coupe with many unique solutions to be a solitary choice amongst small performance cars, did not produce the results the BMW board had specified.

For many, the question on the M3’s position in the lineup regarding an M1 Coupe was also reconsidered, as the 1 Series was to follow it’s 3 Series brother and be the entry M Coupe . The V8 M3 would be positioned further from the E46 M3 like it is positioned today, which is why there is a gap , even though a considerable one from the 135i to M3.

What solution fill the gap?

It is clear that consumers are asking for more from the 1 Series Coupe, which is a very popular choice for young enthusiasts migrating from the MINI brand or dire choices such as the Mercedes CLC .

BMW are aiming for a  back to basics roll out for the current car, beginning with the much talked about four cylinder Turbo charged engine already in development, but not quite as perfected. The four-turbo is pumping out over 240PS and it is still undergoing testing to get the optimum in efficiency, not normally expected for a small performance coupe.

As seen with the advent of the 7 Series F01, BMW have shown how much power can be taken from the existing six cylinder . Originally, it was expected to progress down from the 7 Series to the next BMW Z4 (E89). But BMW have changed their original focus by letting the 7er have all the glory for now.

But the 135i will be one of the first BMW’s to receive the upgraded six cylinder in 2010 together with the next generation BMW 5 Series (F10).

The question of what to do further to take the 1er Coupe to the next level, has resulted in a back to basics formula, which means that a new “SuperSports” model was needed. Limited to the Coupe and only with the 120i (four cylinder turbo) and 135i, the SuperSport model will be a specific performance addition resulting in the use of lightweight materials, such as a Carbon Fibre Roof and bootlid , loss of certain cabin comforts , upgraded suspension and brakes , lightweight glass , basically all the creative and performance comforts created for the M variant, but NOT under full MotorSport badging .

The end result is to take a car back to its roots and during times when modernisation, such as comfort equipment and extensive safety requirements, today have only lead to performance cars like this to be considerably larger and heavier compared to original BMW Classics, such as the 2002 turbo and the E30 M3, and are only here in spirit .