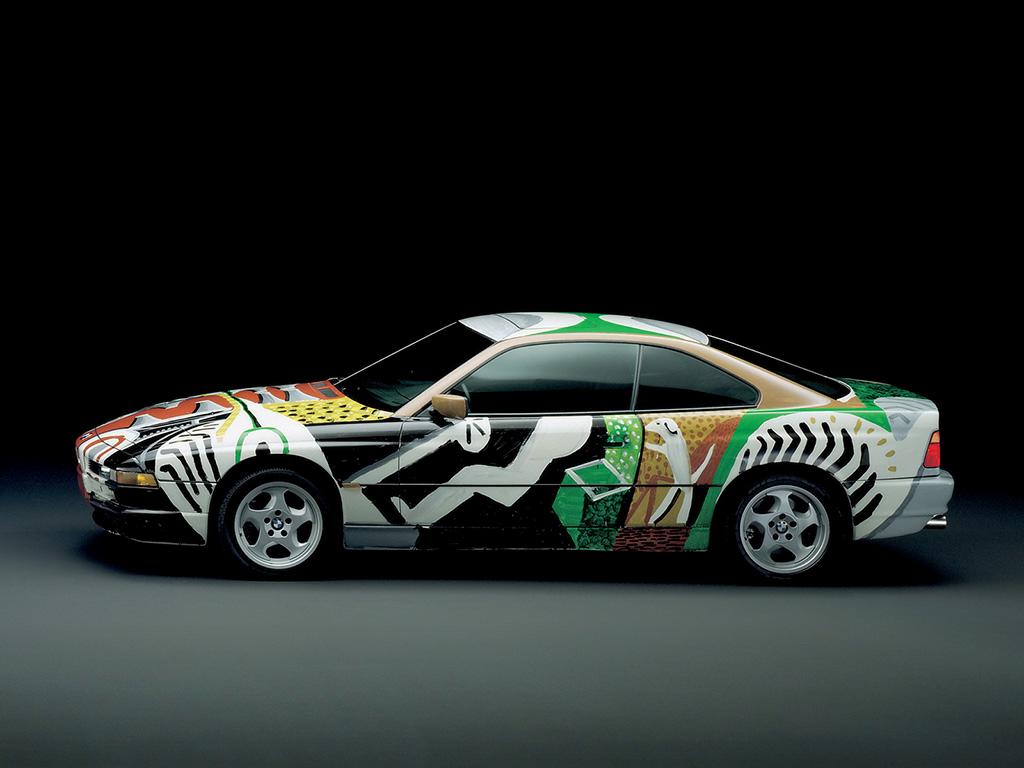 Horatiu and I ran through the idea of presenting informative reviews of older BMW’s as a way for existing fans and fans new to the brand to learn more about the very interesting and sometimes odd history of the Roundel-clad cars. I think we both wish for this to be a continued series exploring various models across BMW’s line-up that range from the revolutionary 2002 series to the quirky BMW Isetta. If there’s a particular model or EXX-Series you’d like to see featured, I’d be happy to take suggestions!

BMW has a very long, storied history of building big, fast coupes. Some of the more notable big coupes to roll out of Munich over BMW’s 80 year automotive history are the pre-World War II 328, the funky yet classic 3.0 CSi, the greed-is-good 6 series of the 1980’s, and the last of the big BMW coupes being the marvelously underrated 8 Series circa the 1990’s.

The 8 Series began life in the mid-1980’s as a vehicle not to succeed the E24 6 Series but more to surpass it as a more expensive, faster, technology-laden vehicle, namely BMW’s future flagship model. With this newer, larger coupe, BMW intended to take direct aim at the tankish Mercedes Benz S-class coupes of the day and they only knew how to do that through sheer horsepower, displacement and, of course, as we left the Wallstreet Era of the 1980’s – price.

Debuting in September of 1989 at the International Autoshow in Frankfurt, the E31 850i came in at a price of roughly $100,000 USD, immediately making it one of the most expensive BMW ‘s ever produced at that point in time. Keeping in mind that was in 1989 – today $100,000 can net you a fully-loaded M5 or well-specced Porsche 911, but I digress. The 850i came equipped with the 5.0 liter M70 V12 mated to either a 4-speed auto box or a 6-speed manual putting out approximately 300HP – so it was definitely quick despite it’s curb weight of just over 4,000 pounds.

In terms of the new technologies introduced on the 8 Series, the car was equipped with everything. Electric sunroof, power memory seats, onboard data computers, but most importantly, especially in terms of today’s technologies, European models of the top-tier E31- the 850CSi version(don’t worry I’m getting to that next) came with an interesting little performance feature known as Active Rear-Axle Kinematics(AHK). AHK was a system that provided hydraulically assisted steering to the rear wheels as a means of better handling for a car sporting the kind of girth the E31’s possessed. What’s interesting is that this was a one-of-a-kind system in the days of the early to mid-1990’s and now; after a 14-year absence, we see the reintroduction of a very similar system through the new F01 7 Series’ Integral Active Steering system that also allows active control of the steering angle of the rear wheels.

While most of the technologies, aside from AHK, were standard on the 8 Series, buyers did have a variety of engines, namely the M70 V12 along with a 4.0 liter V8 option from the M62 block. BMW toyed with the idea of an 830i with a 3.0 liter engine but the prototypes were scuttled before ever reaching production. However, despite overall poor sales in the United States – mostly due to pricing and fuel costs, the 850i was handed off to M Division and they got to work on what would become the 850CSi.

The 850CSi proved to be the range topper of the E31 series in that it came with a tuned S70 V12 engine( S denotes an M Division-constructed engine) good for 380HP mated to a 6-speed manual along with an M-tuned suspension, steering and brakes. As such, this was a force to be reckoned with. It is rumored that the same S70 V12 that powered the 850CSi was the basis for the M Division-tuned V12 engine supplied to McLaren for the earth-shattering McLaren F1,(http://en.wikipedia.org/wiki/Mclaren_f1) however, at present I’m still researching this possibility.

The 850CSi was a great car, however, BMW wasn’t fully satisfied with the S70 V12 or the E31 body. BMW toyed with the notion of building the ultimate BMW in what would have been deemed the M8 – a fully prepared M car based on the 8 Series. The test mule for M Division had a tuned version of the S70 producing near 550HP. With the M8 BMW had intended to move the supercar fight from Mercedes in Sttugart to Ferrari in Maranello. However, due to the already high cost of the E31’s, BMW killed off the M8 while still in the pre-production phase and the test mule of the M8 was likely destroyed – thus ending any hopes of the first true M car with 12 cylinders. It’s said the 850CSi was a somewhat detuned iteration of M8 prototype. Again, it’s rumored that the M8 gave up it’s 6.0L version of the S70 to be the heart of the McLaren F1.

Despite the groundbreaking technology, outright speed and luxury of the 8 Series, it never sold particularly well within the United States – the expected primary market. There were a number of contributing factors that hampered sales of the 8 Series, namely the United States finding itself in a steep recession following the stock market crash of 1987 and the slow economic recovery over the next few years didn’t help persuade buyers to spend $100,000+ on a car. Keeping in mind, BMW was still a brand really establishing itself. Around this time, BMW had unfortunately began to receive the stigma of being a badge snob’s car and the brand, as it entered the final decade of the 20th century, still did not have the reputation of quality or reliability nor the sales it did as it entered the 21st century – a likely detriment to those in the market for such a GT car. These factors, coupled with the Gulf War in late 1990, just before the early 1991 release of the E31 in the U.S., that caused a spike in gas prices made a V12 option even less attractive and consequently led to the introduction of the 4.0 liter V8 models in the United States.

However, the U.S.-spec 8 Series would not see it’s way to the end of the 1990’s as BMW expected as E31’s were no longer imported to the North American market after 1997 due to lagging sales, less than 8,000 units were sold in six years. BMW did continue to manufacture the E31 for the rest of it’s markets through 1999 for a worldwide production of just over 30,000 units over it’s near-nine year production life – a relatively low number compared to a current BMW model.

In my opinion, the 8 Series was a car that was largely a sales failure due mainly to bad timing and circumstance, not for low quality or lack of impressive stats. In recent years, the 8’s have generated a much bigger fan base with prices for the very special 850CSi’s leveling off, for well-maintained vehicles, between $50,000 to $70,000. 30% to 50% depreciation on a car that’s now over a decade old? That’s not too bad. However, be wary of cheaper E31’s as the V12s are known to be difficult and expensive to work on if the cars haven’t been kept up properly. Otherwise, if you’re one of the lucky few that own one or someone that has the means to pick up an 850CSi then do so as, in my opinion, this will be a classic BMW in the years to come.

If you’d like more information on the E31 8 Series then this website is very informative and a good read: www.e31.net