If you’re a bimmer fan, then you should know by now what or who Alpina is. But just in case you don’t, here is a short wiki on it. Now that we got that out of the way, the German automobile manufacturing company based in Bavaria, Germany, has just released their latest masterpiece: the D3 Twin-Turbo Coupe, based on the successful BMW 3 Series E92.

Without any further ado, I will let the press release speak for the D3 Coupe.

The factor with which the new D3 Coupe is best compared to its rivals is its Power-To-Weight ratio; an equation commonly applied in motor sport. But, with heavily increased personal taxation designed to encourage energy saving and lowered emissions, the calculation is assuming wider relevance to drivers – especially those in the select niche at which this latest ALPINA is aimed.

As epitomised by the D3 Coupe, gaining extra performance simply by substituting a larger engine is alien to the ALPINA philosophy. Instead, the manufacturer, working closely with BMW, maximises the sporting potential of existing units.

ALPINA engineers have taken BMW’s state-of-the-art twin turbo diesel engine from the 123d and increased power to 214hp; producing more horsepower per litre than any other engine in a current BMW or BMW ALPINA road car.

‘Added lightness’ makes a significant further contribution to the remarkable figures achieved by the new model.

The car is capable of 152mph and 0-62mph in 6.9 secs and yet the official fuel consumption and emission figures tell a very different story: 52.3mpg (overall EU) and 143g/km! (manual gearbox version).

This year, around one hundred lucky UK drivers will get all the performance and exclusivity they would expect from an ALPINA but with running costs (and, for company car drivers, benefit in kind charges) they could only dream of, until now.
ALPINA GB, part of the Sytner Group, has been the sole UK importer for ALPINA since 1983. ALPINA has worked closely with BMW since 1961, with shared warranty coverage since 1964. ALPINA was registered as an automobile manufacturer to ISO standards in 1983. 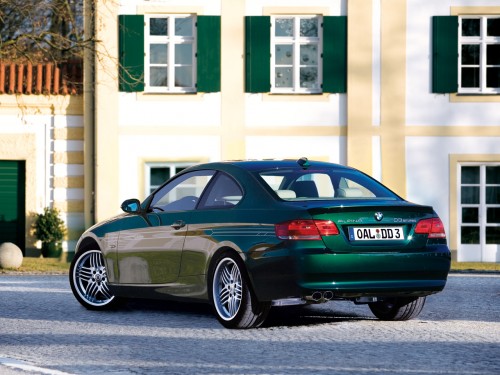