BMW’s M1 Procar series will see a small rebirth as it makes it’s return to the German Grand Prix in Hockenheim July 19th and 20th. In a previous article on Ridestory, I referred to the history of the original M1 and the Procar series born from it.

Current BMW Motorsport Director Mario Theissen talked about the upcoming event. “The M1 was unveiled 30 years ago as the first car created independently by the then BMW Motorsport GmbH. It was a racing car which BMW customers could also drive on the road, a unique project which had to overcome some tricky administrative hurdles before getting off the ground,” he said. 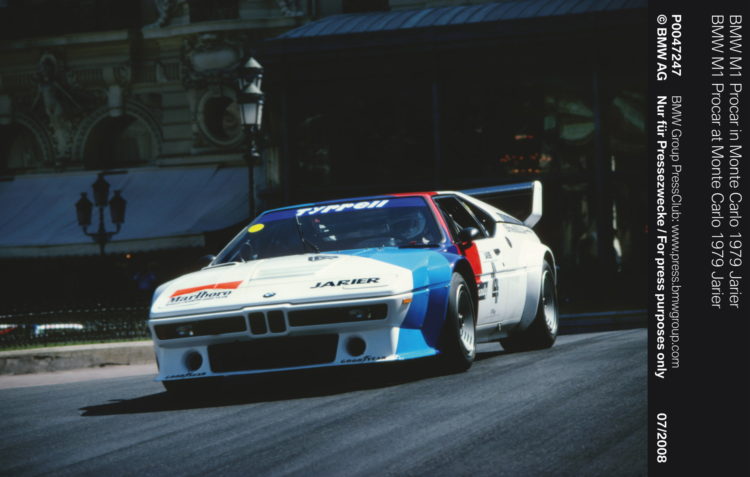 “The idea of organizing a single-make series was born out of necessity – i.e. the requirements of homologation. Nobody expected the BMW M1 Procar series to go down quite so well. Just a mention of it today still triggers an enthusiastic reaction. This revival serves as a ‘thank you’ to the fans.”

A field of ten cars will compete in two show races during the Grand Prix weekend. Drivers scheduled to take part are Marc Surer, Jacques Laffite, Dieter Quester, Christian Danner, Harald Grohs and Prince Leopold of Bavaria. Jochen Neerpasch will also be driving, at the wheel of Andy Warhol’s M1 Art Car. His co-driver will be Frank Stella, the creator of the BMW 3.0 CSL Art Car which raced at Le Mans in 1976.

What made the original M1 Procar Series interesting was the competition between five Formula 1 drivers plus the remaining field, made up of 15 young “up-and-comers.”

Surer, now a TV commentator for Formula 1, said the young drivers felt they had made their mark once they got to drive in one of the races.

“It was a unique opportunity to pit your skills against the F1 drivers – and they were certainly pretty quick in the M1. The handling of the mid-engined car suited them down to the ground. Plus, in 1979 – the first of the two years the series was held – they always started from the front and were given works cars. That made it pretty tough for us junior drivers in the independent teams. We had to look after our car, but at the same time did everything we could to make our mark,” Surer said.